CISU and its Eight Years' Championship

The ICBC Cup South Africa Preliminary Rounds for the 16th Chinese-bridge Competition for Foreign College Students was held at Stellenbosch University on the 3rd June. This year’s competition was hosted by the Confucius Institute Headquarters and organised by the Confucius Institute at Stellenbosch University, co-organized by the Global Max Media Group, and exclusively sponsored by the Industrial and Commercial Bank of China (ICBC).

The head of the Education Division at the Embassy of the People’s Republic of China in South Africa, Mr Song Bo; the Deputy Consul-general of the Consulate-general of the People’s Republic of China in Cape Town, Mr Cao Li; the Chief Director for International Relations of the Department of Higher Education and Training of South Africa, Mr Ghaleeb Jeppie; the Chief Representative Officer of the African Representative Office of ICBC, Mr Wang Lubin; and the manager of the Centre for Partnerships & Internationalization of Stellenbosch University International, Ms Huba Boshoff were the distinguished guests attending the competition. Honored guests from six universities, 20 contestants and their family and friends were present in the competition. 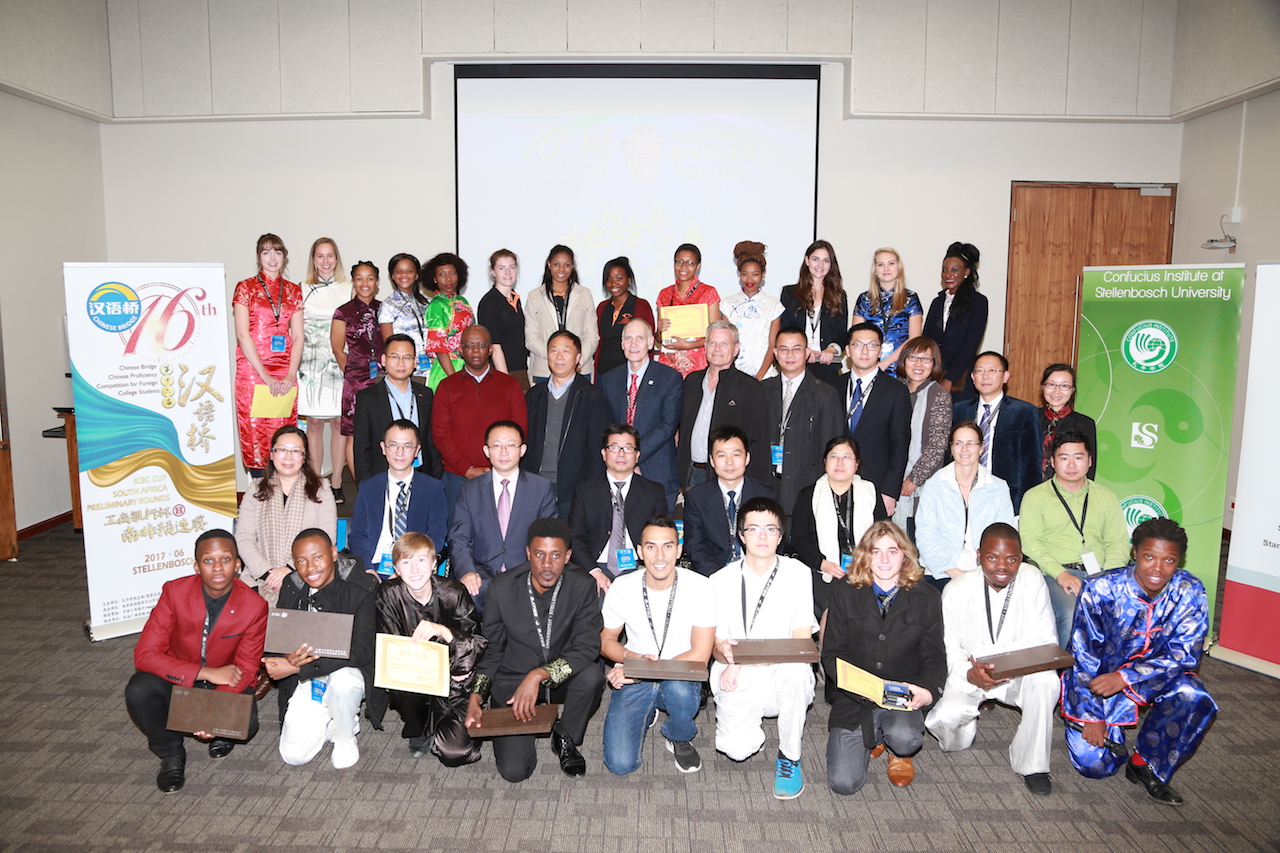 During the opening ceremony, Ms Huba Boshoff stated that, "Learning different languages and cultural communication become a social impact in the modern society. Stellenbosch University has a long history of promoting cultural communication and Confucius Institute at Stellenbosch University disseminates Chinese language and culture in Stellenbosch persistently and successfully". Mr Ghaleeb Jeppie addressed the importance of learning language and culture to understanding one's own culture. China offers scholarship to promote technical and academic interaction between South Africa and China. He also believed that the initiation of South Africa-China High–Level People-to-People Exchange Mechanism will strengthen the mutual understanding and expansion of exchanging programs.

Following Mr  Ghaleeb Jeppie, Mr Wang Lubin, said that ICBC is dedicated to promoting language and cultural communication between China and South Africa. He hoped all contestants would perform their best. The last speech was given by Mr. Song Bo, on behalf of the Embassy of People’s Republic of China in South Africa. He expressed his appreciation for efforts devoted to holding this contest and voiced his hope of cooperation and communication between China and South Africa in terms of education. The Huaxing Art Group Cape Town brought the fascinating Dragon Dance, which illumined the atmosphere and indicated the start of the contest. 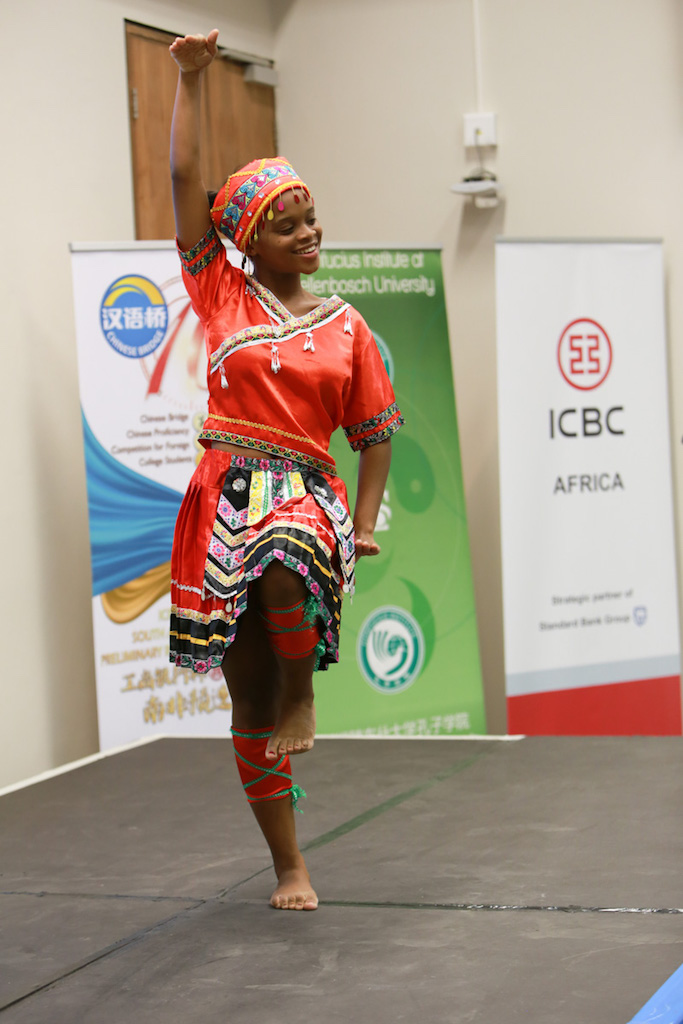 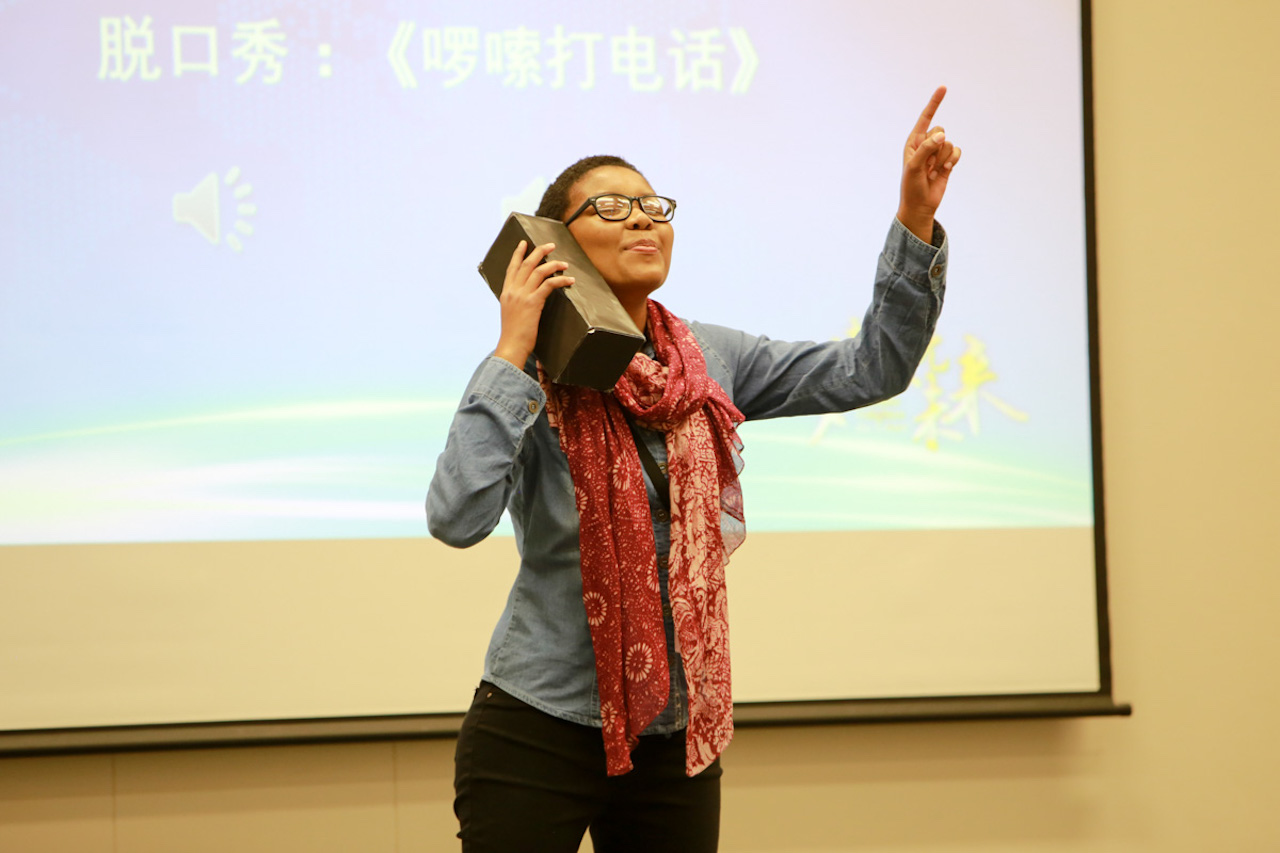 The contest was in three parts, Writing Test on Chinese Language and Culture, Chinese Speech and Chinese Talent Show. In the speech session, all contestants demonstrated their love to Chinese culture and language. They illustrated how Chinese language enlightened their future. Wonderful performances, such as singing, dancing, Taichi and cross talk revealed their deep understanding on Chinese culture and language. 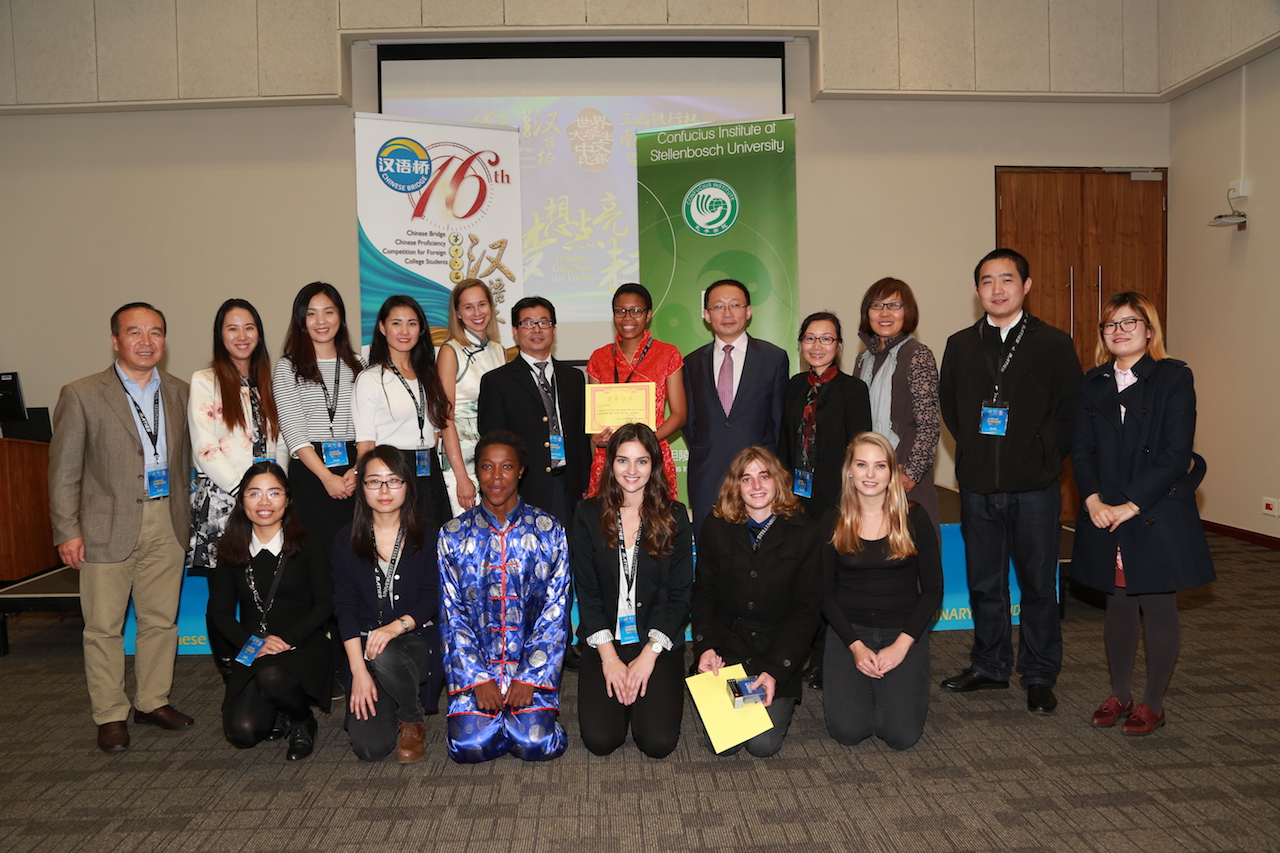 The Chinese Bridge Contest is held annually in different countries for students whose native language is not Chinese and offers opportunities for students to compete  for the championship in China. The contest held in Stellenbosch achieved great success this year. It enhanced the interaction of Chinese learning students in South Africa and enhanced their understanding of Chinese language and culture. The profound influence of Chinese culture and language was fully displayed in the contest. 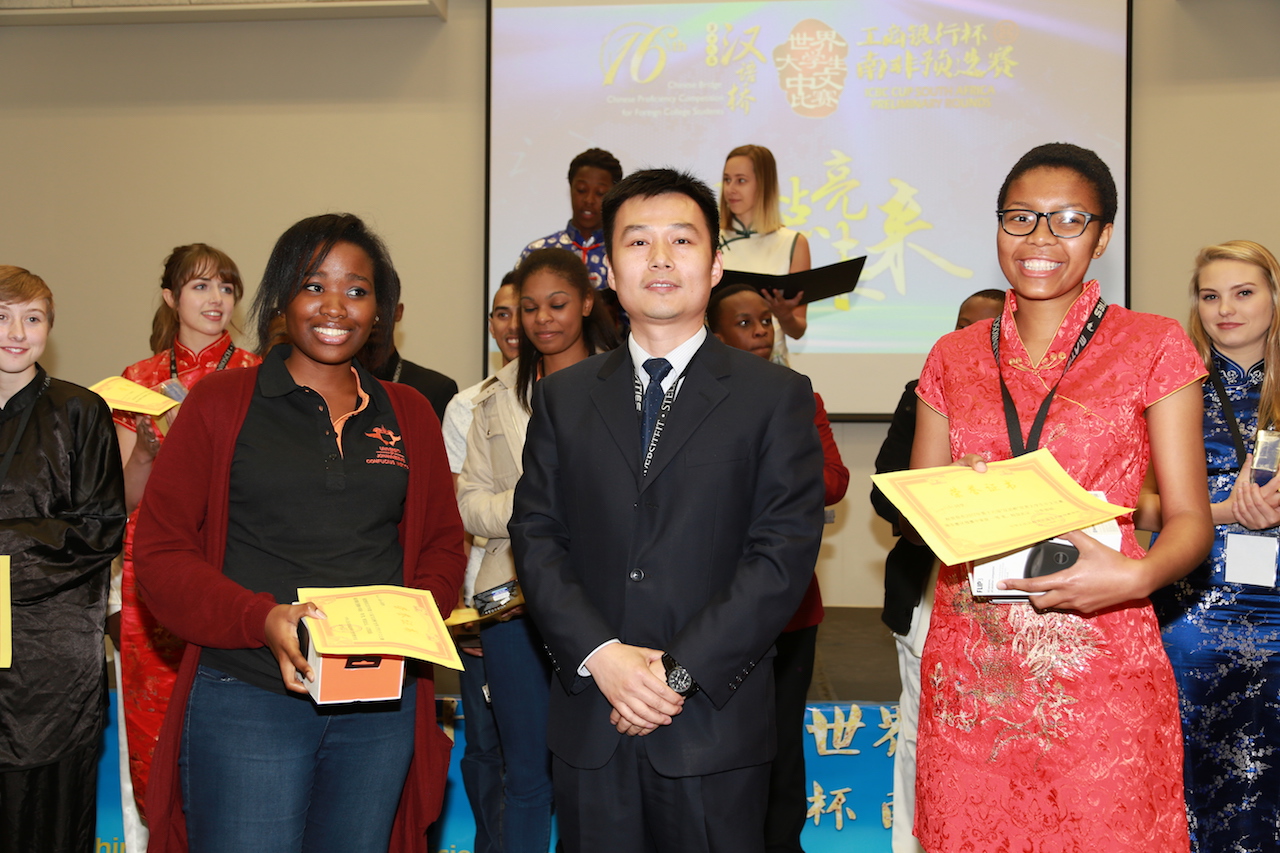