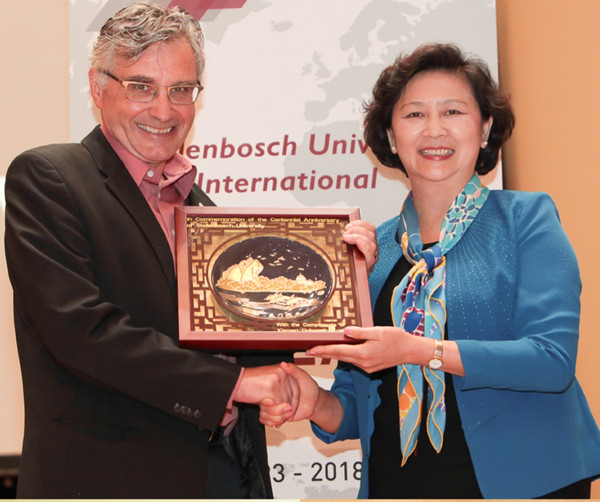 11th- 13th April, leading by the Vice President Zhan Xinli, the delegation from Xiamen University (XMU) visited Stellenbosch University (SU) to celebrate the 100th anniversary of SU and the 25th anniversary of the International Office. The delegation, including Geng Hu, Vice Director of the Southern Base of Confucius Institute Headquarters and Office of Confucius Institute Affairs and Ms. He Dongmei, Section Chief of Southern Base, participated in the SIAN meeting at the university to witness the history and growth of the university.

13th April, the delegation was invited to the gala event celebrating the 25 years of internationalization at SU. Madam Zhan gave a speech, stressing the friendly relationship between SU and XMU and the prosperous relationship between South Africa and China.  She also emphasized the significant role of Confucius Institute in promoting the intercultural communication among students and local community. After the speech, she also presented an exquisite Chinese gift to the Rector and Vice-Chancellor of SU, Prof Wim de Villiers ,on behalf of Xiamen University.

Co-built by SU and XMU, Confucius Institute at Stellenbosch University developed rapidly in recent years. Despite of attending the international celebration, the delegation of XMU also held the ball meeting the SU side. Prof Hester Klopper, Deputy Vice-Chancellor and Robert Kotze, the co-director of CISU and Senior Director of SU International presented the meeting. The work plan of CISU in 2018 was discussed. 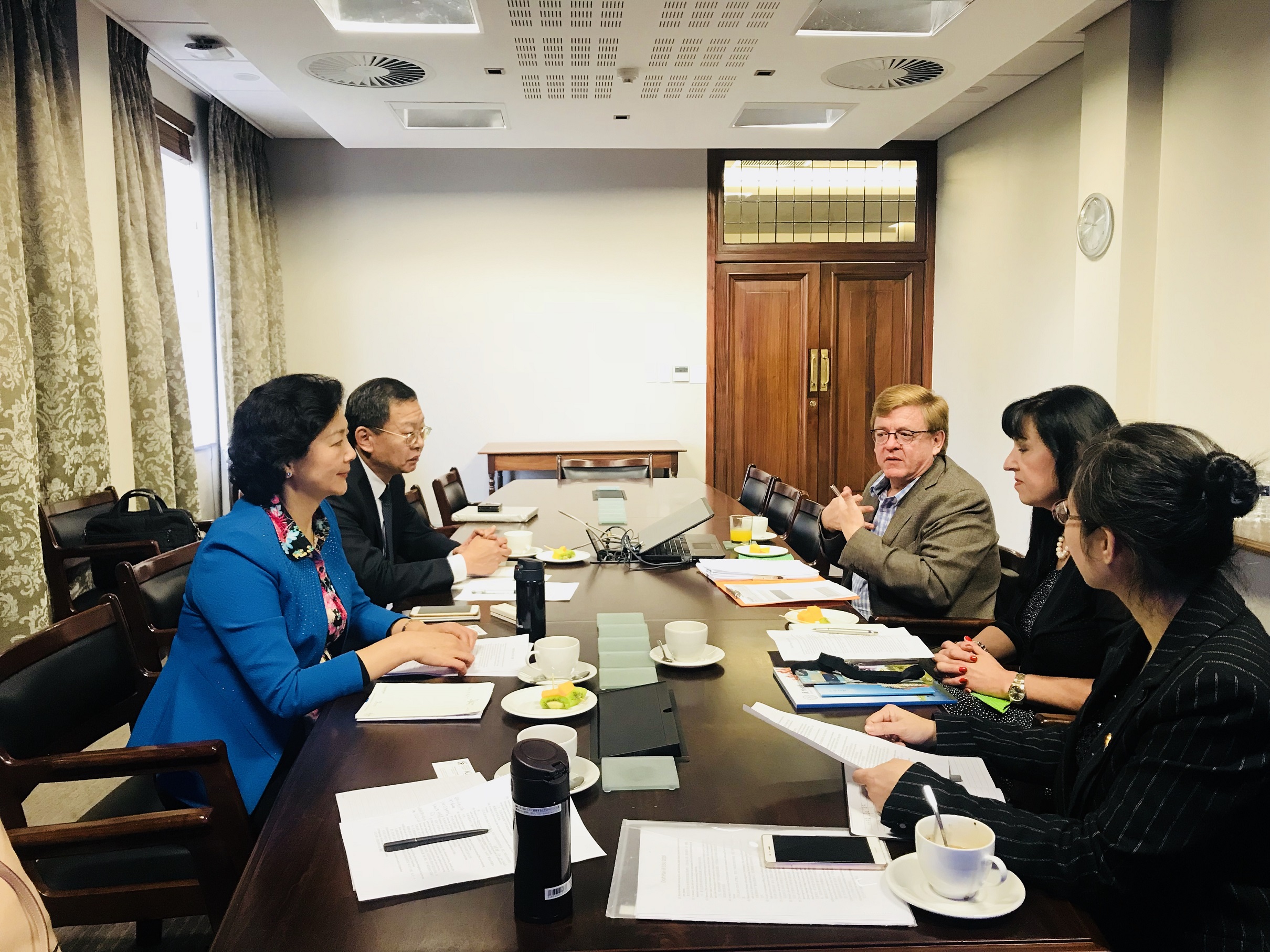 Discussion the work plan of CI during the Council Meeting

On the 11th April, the delegation visited the new teaching sites opened this year, Paul Roos Gymnasium, and met the students who were in their first Chinese class. Madam Zhan also discussed the possibility for students further their study abroad in Xiamen University with the rector, Mr Andre van Staden. In addition, the delegation paid a visit to Prof Wim Tijmens, who is a botany professor in SU and also the senior alumnus of CI. On the 12th, the delegation visited Mr. Kang Yong, the Consul-General of the People’s Republic of China in Cape Town to appreciate their lead and support for CI. 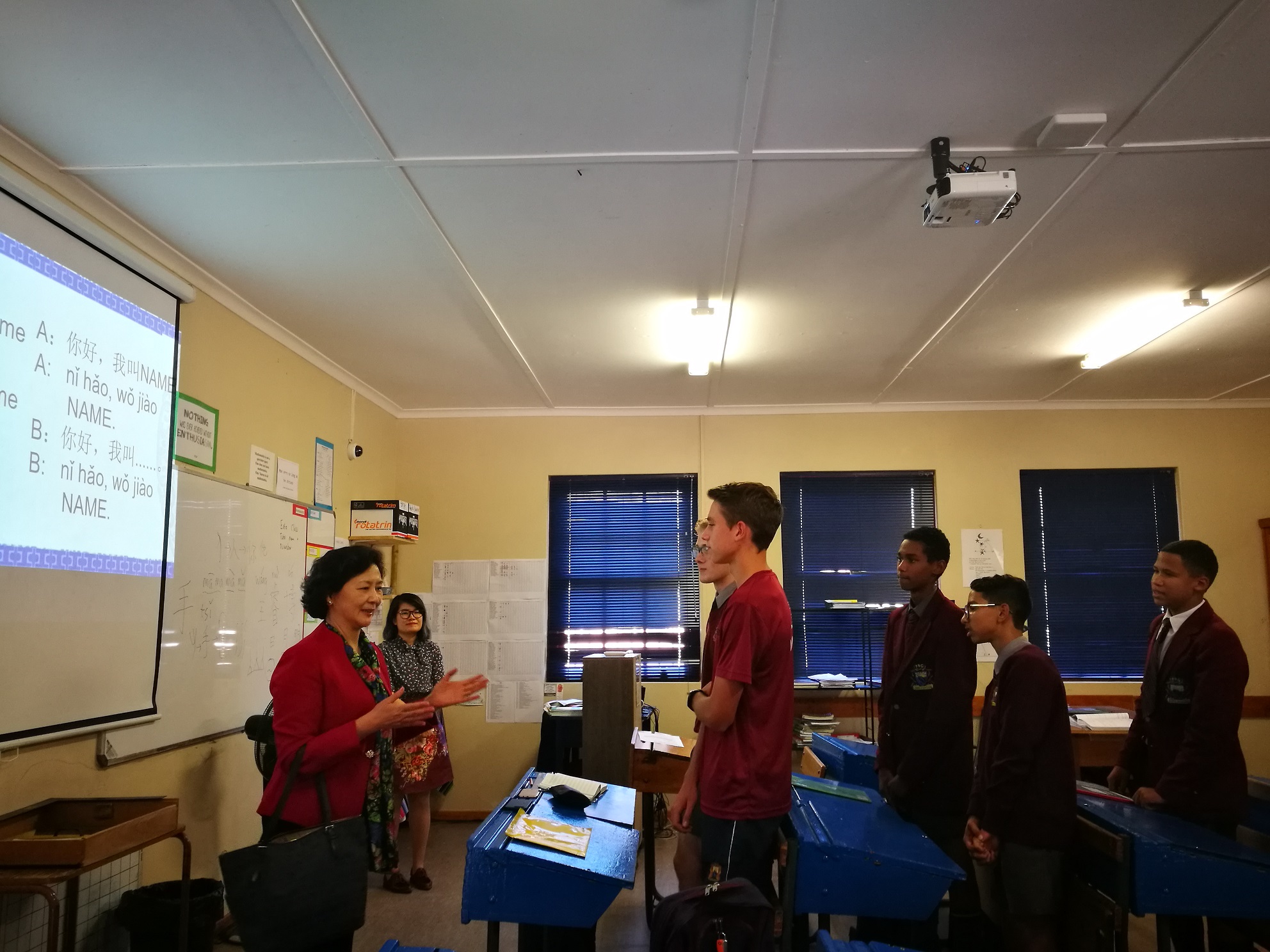 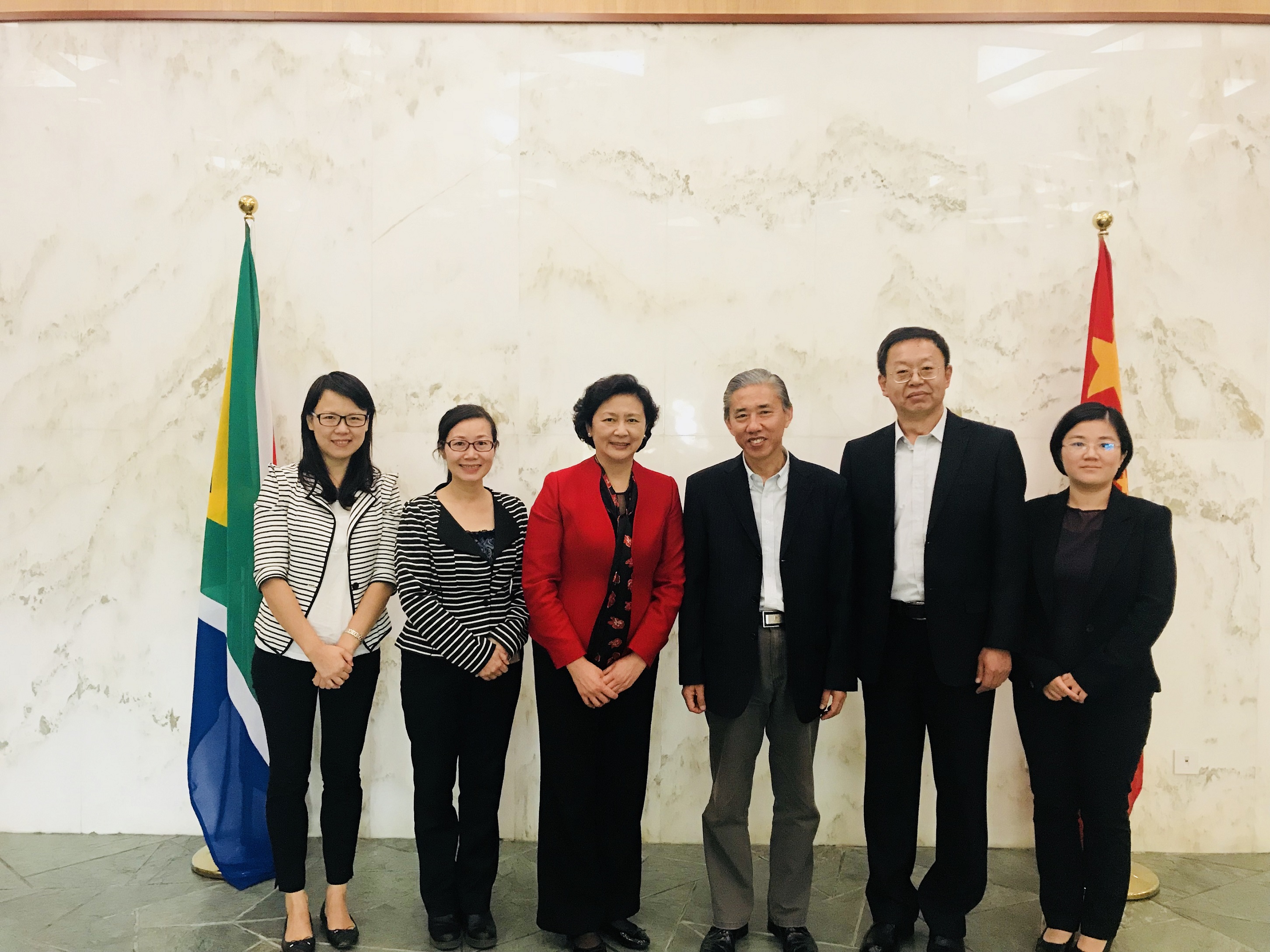 The delegation visited Mr. Kang Yong, the Consul-General of the People’s Republic of China in Cape Town 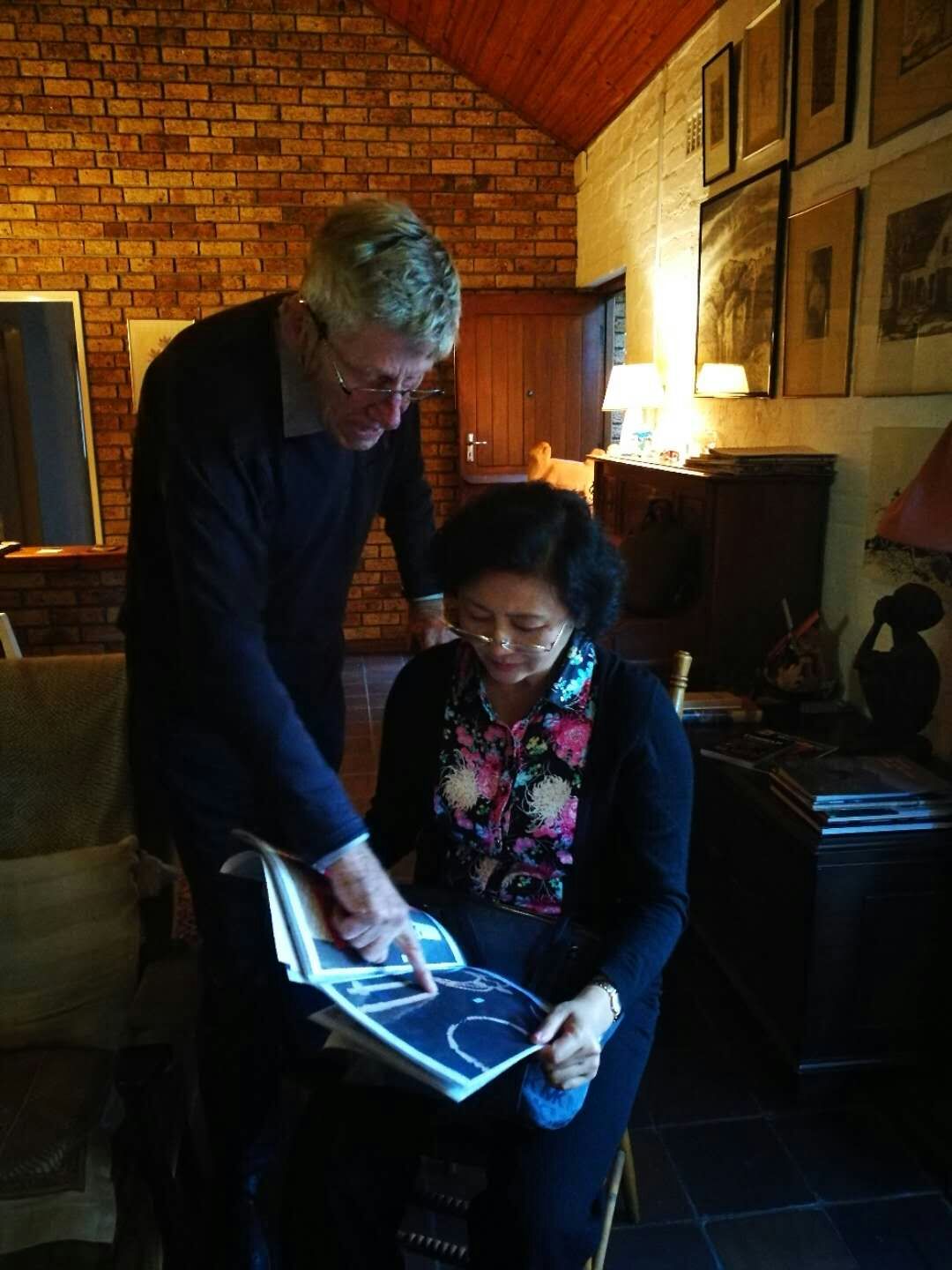 Though with a busy itinerary, Madam squeezed some time to pay a visit to the CI Office and had a warm chat with the teachers, asking their working and living condition. She illustrated the importance of the teachers’ work in South Africa, as the representative of Chinese culture. The CI teachers are touched and enlightened during the meeting. 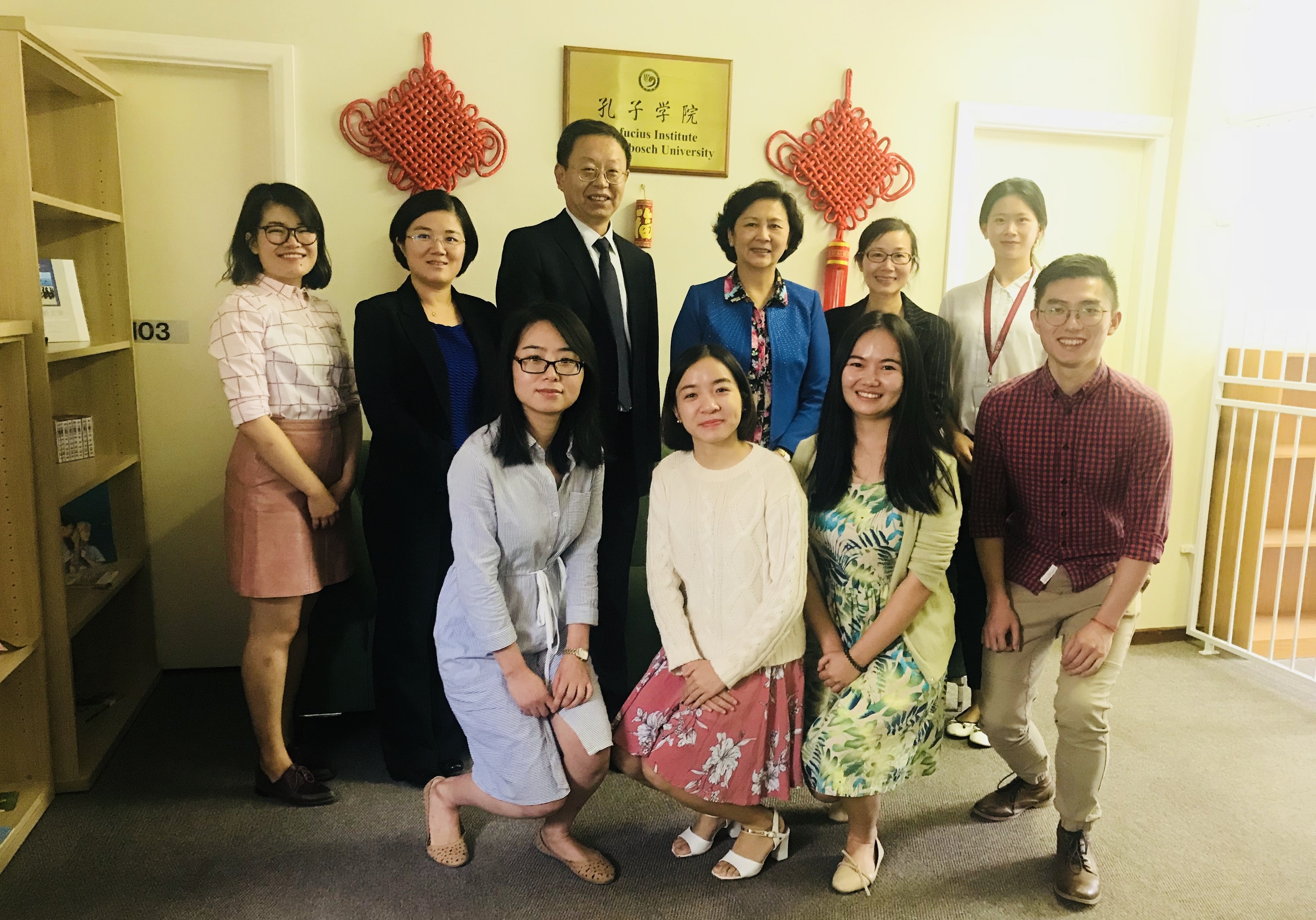 The delegation visited the CI office