12th January, the Culture Festival for the 20th Anniversary of the Establishment of Diplomatic Relations between China and South Africa, the 1st South Africa Wushu Invitation Tournament of Confucius Institutes (Confucius Classroom) was held in Johannesburg. Over 50 contestants participated in this event. 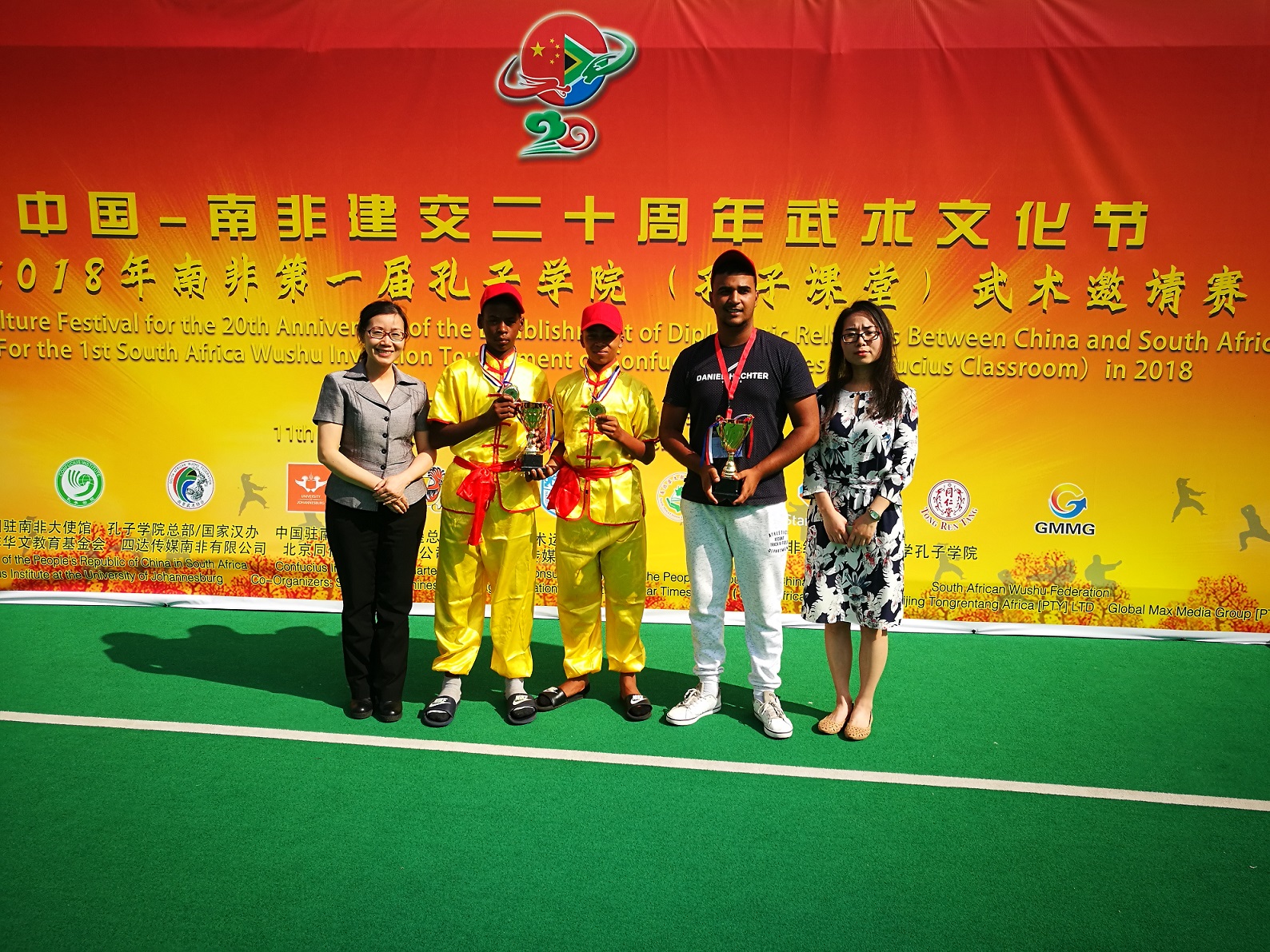 In the opening ceremony, Mr. Zheng Wen, the  Cultural Counselor Zheng Wen of the Chinese Embassy in South Africa, Mr. Marwala, President of Johannesburg University, Mr. Jurgens Lamprecht, South African Traditional and Modern Wushu Institute gave the opening speech to express the significance and influence of this event. They emphasized their hope of promoting the interaction and friendship in terms of martial art between the two countries through this contest. 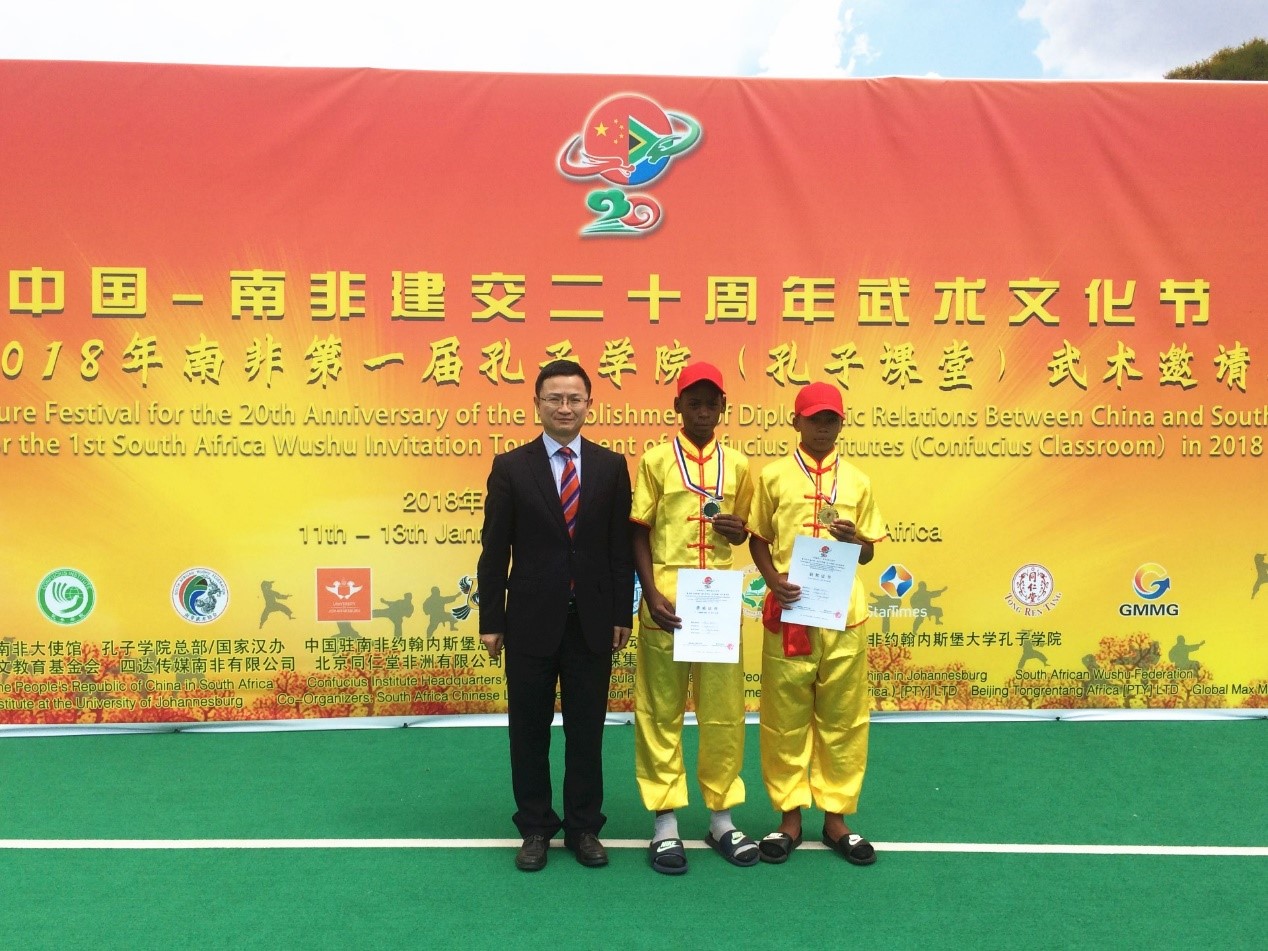 The competition items included Chinese boxing, Sabreplay, Taichi, Taichi Sword. The contestants gave a professional performance and won the cheer from the audience. The two 13-year old contestants with CISU won the Gold medal and Silver medal in the Taichi Contest. After the contest, they expressed their hope of continuing learning Chinese Wushu and going to China for a deeper study. CISU also won the fifth place in Group Total Score and the Wushu Style Trophy.