On the evening of 2nd March, a Lantern Festival Evening Party was held at Stellenbosch University (SU) by the Confucius Institute Stellenbosch University (CISU) and Huaxing Art Troupe Cape Town. The festival fell on the day of the Lantern Festival, 15th January of the ancient Chinese lunar calendar. Faculties and students of Stellenbosch University and other teaching sites, local residences attended this event. Mr. Cao Li, Chinese Deputy Consul General in Cape Town, briefly introduced the Chinese Zodiac and the origin of the Chinese Lantern Festival Chinese Era to the audience. He also expressed his great blessing for the guests. He stressed the importance of education of the youth in the development of one country and enhancing Chinese language education will dramatically strengthen the friendship between China and South Africa. As to Chinese people living in South Africa, Lantern Festival is way of expressing their homesick. Though we are not with our families, the guests here represents one big family celebrating the important festival. Mr. Willy Maliwa, Chief Education Specialist Cape Winelands Education District, addressed that the establishment of CISU has considerably contributed to the increase of Chinese learners in Winelands, which played a significant role in promoting Chinese language and culture and enhancing the communication between two countries. Teachers from Confucius Institute at University of Cape Town and Cape Academy of Mathematics, Science and Technology were also invited. 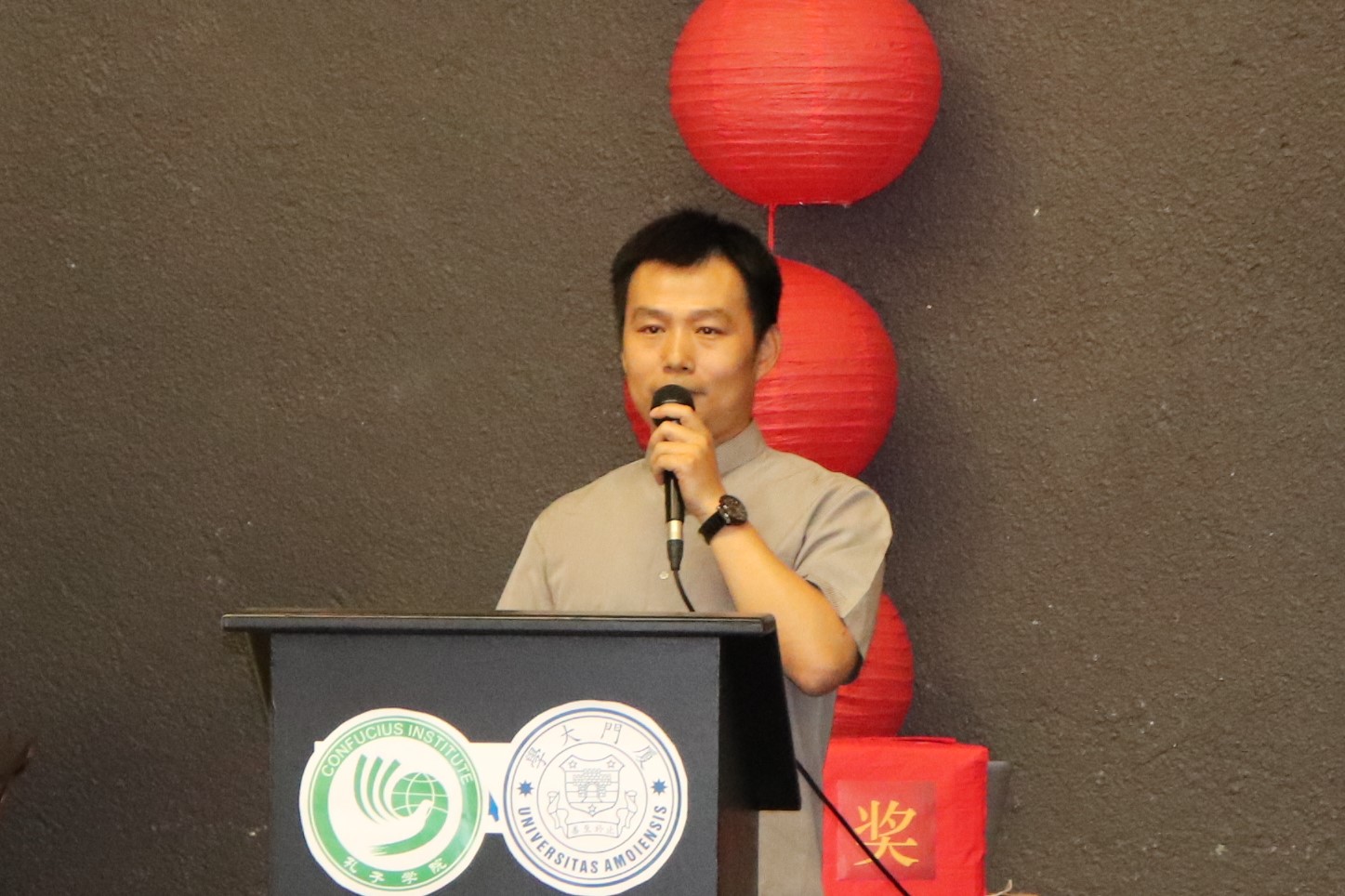 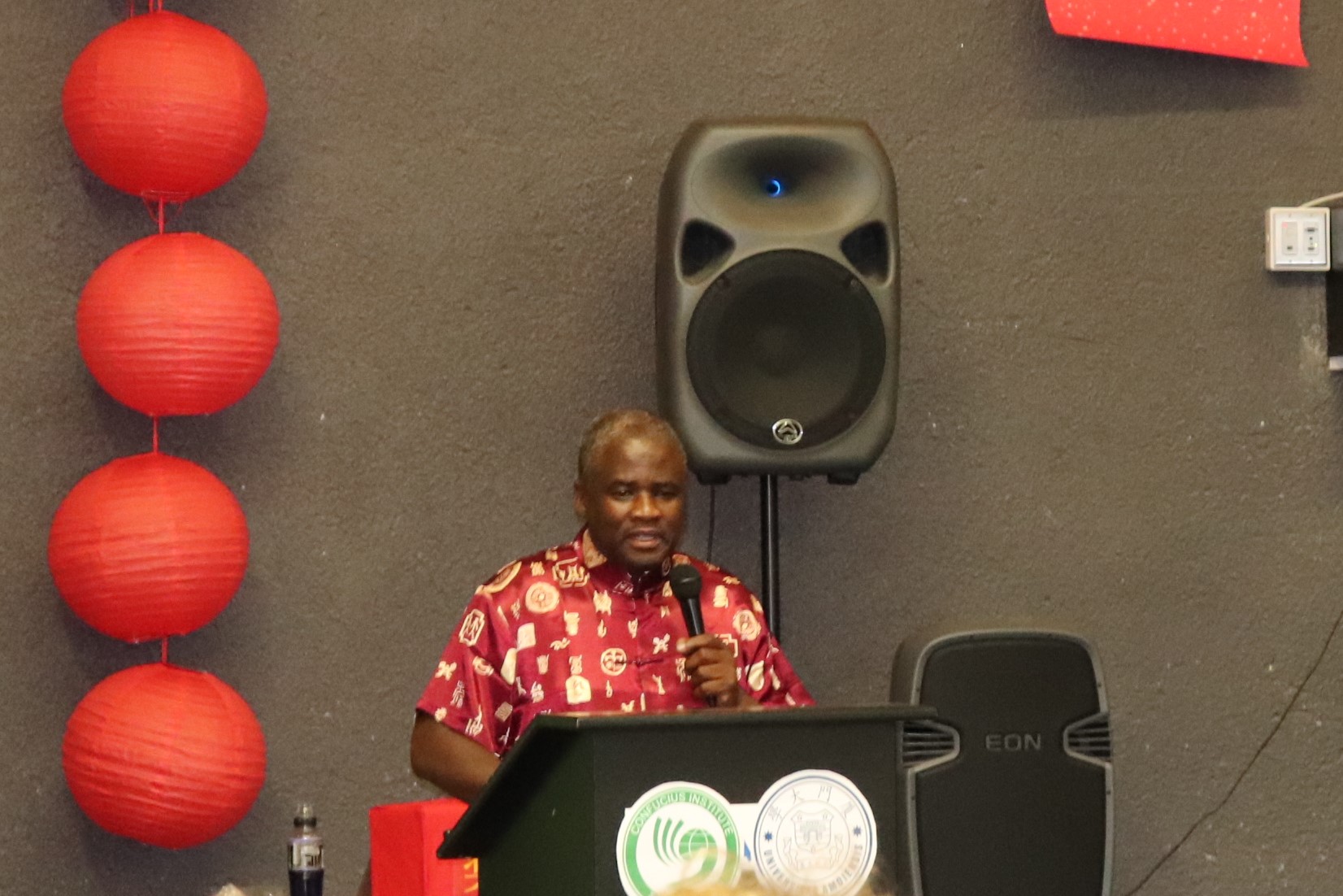 The venue was decorated with red lanterns and Chinese knots, creating a lively ambience with joy and rapture. The show was opened with a fan dance performed by students from the Worcester Gymnasium Confucius Classroom. Then, students from the Rietenbosch Primary School and Kylemore Secondary School song the blessing song GongXi GongXi, bringing their best New Year wishes to all the audiences. Integrating Chinese traditional music and Western music, Wang Ruibo, teacher from CISU, and Inge, student in Chinese ABC Class and harp lecturer with the university, showed a piece of Erhu and Harp Duo, Butterfly lovers and Jasmine. Lion dance from Huaxing Art Troupe brought the show to climax. The audience exclaimed for the Hoop Dragon Dance. The show ended with Dragon Dance performed by 10 performers in happiness. 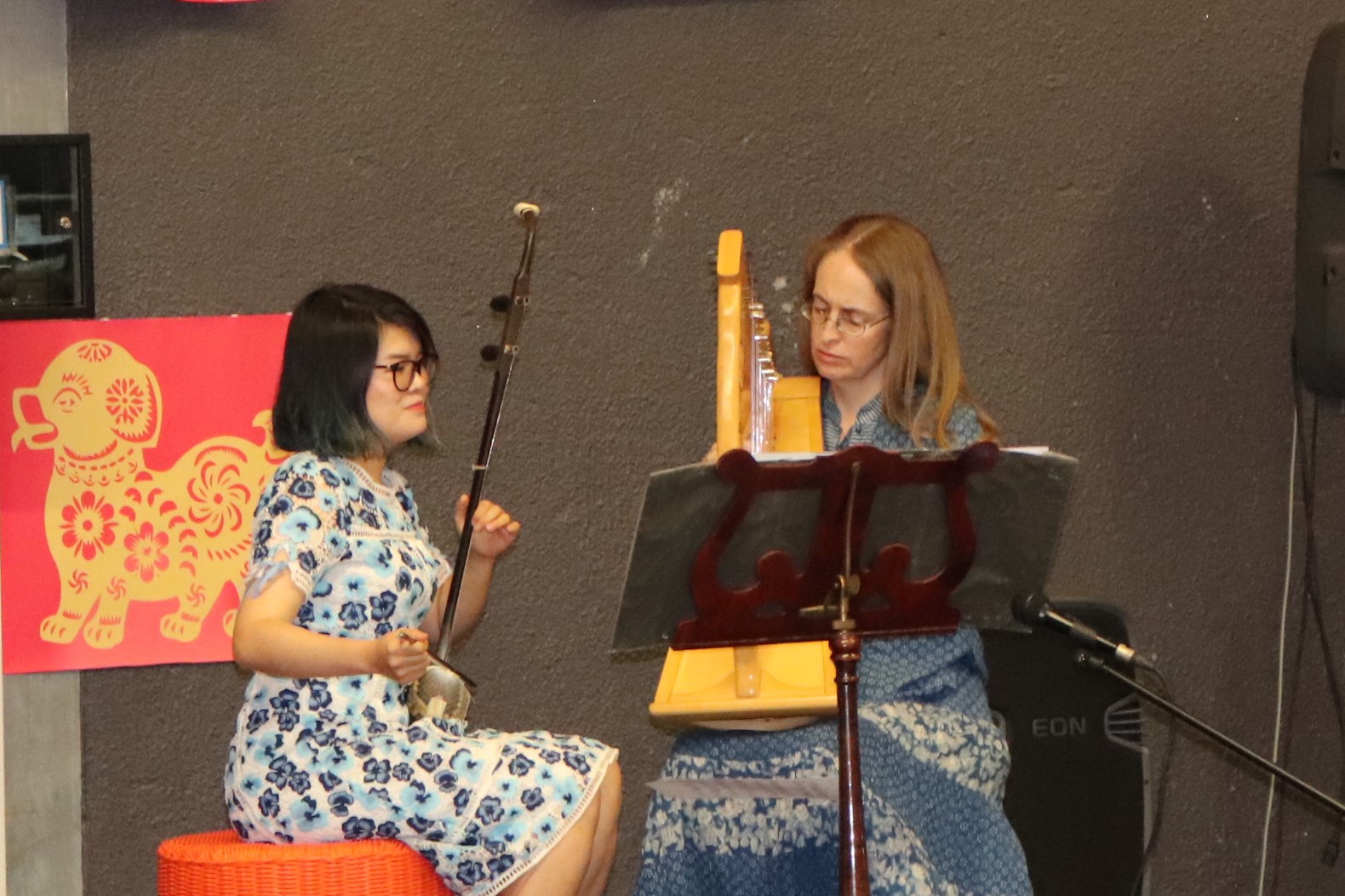 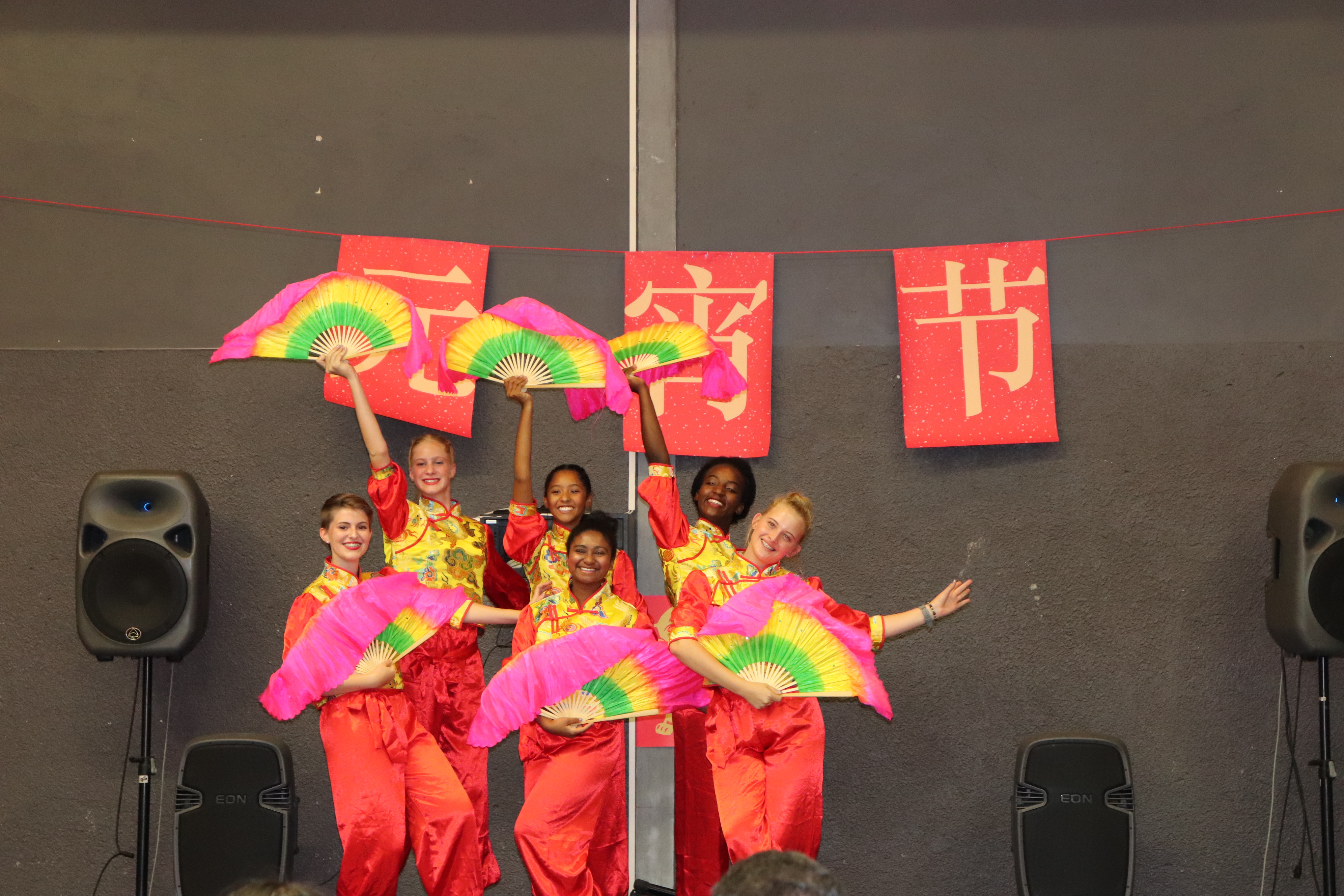 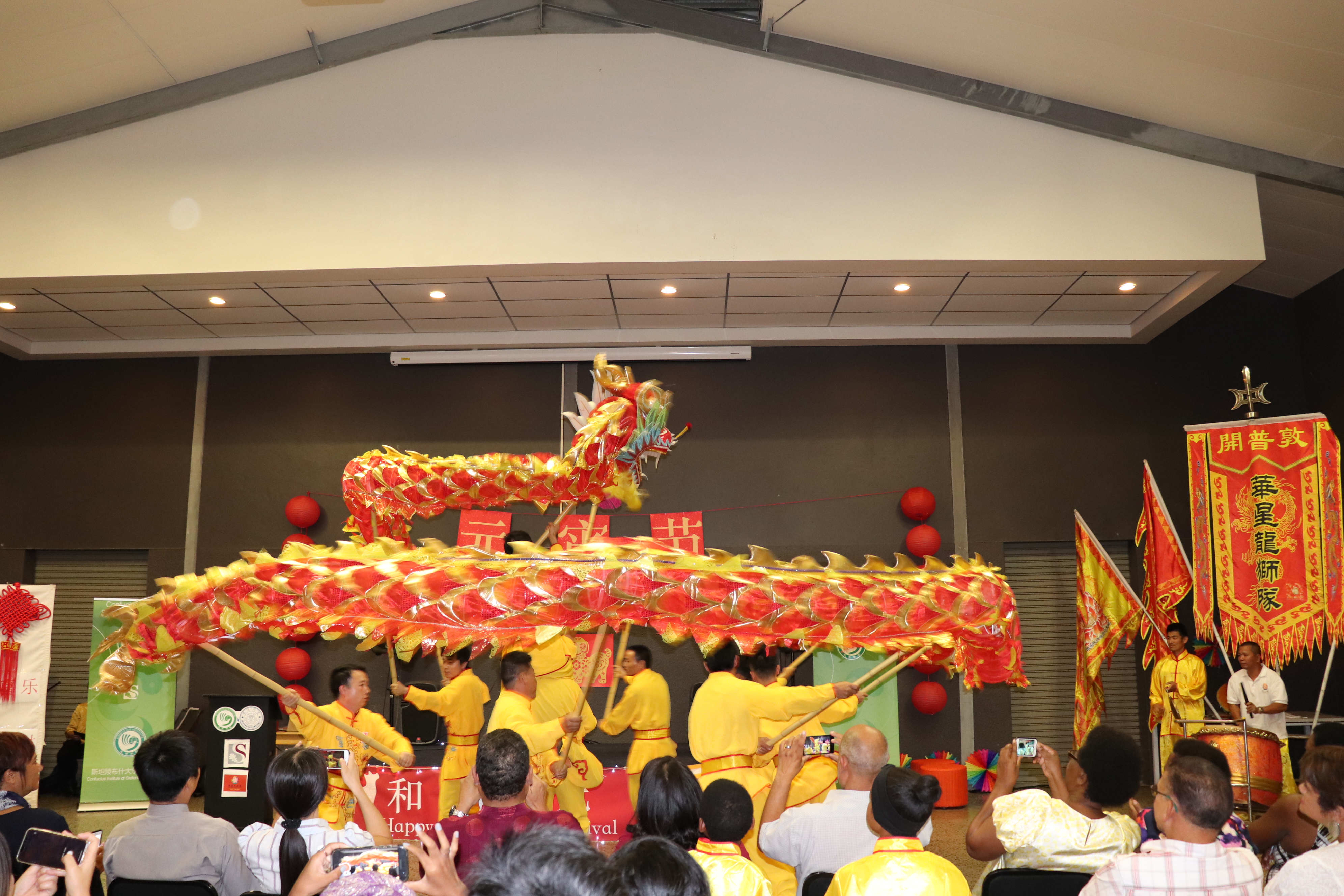 After watching the show, audiences savored exquisite Chinese cuisine, including Kung Pao Chicken, sweet and sour fish, Chow Mein and Egg Rolls. They all praised about palatable food. Amusing traditional Chinese games were also organized. South Africans got the present of their names written in Chinese calligraphy on red paper. They all participated in the games zealously and tried hard to learn to write Chinese character with brush pen. 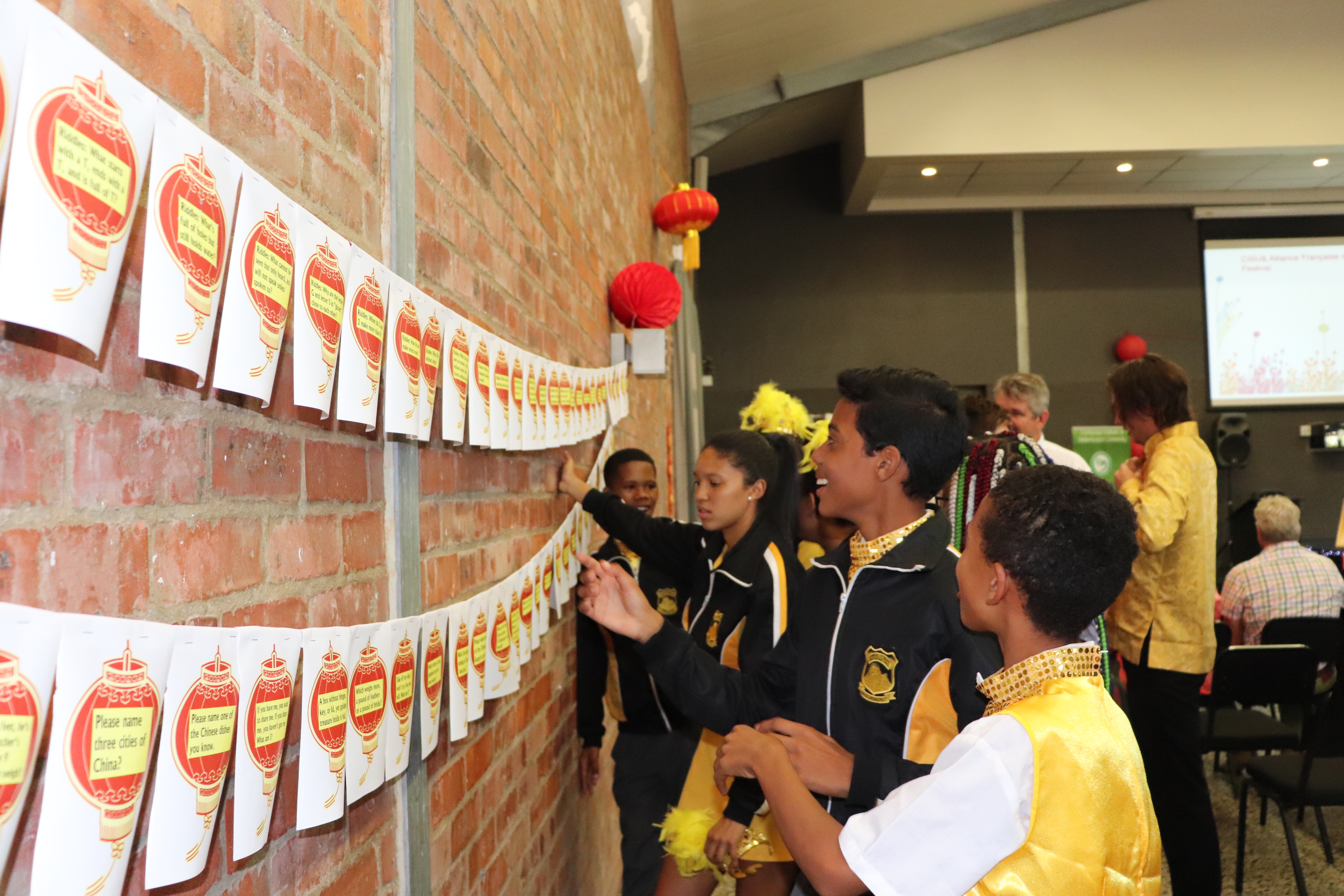 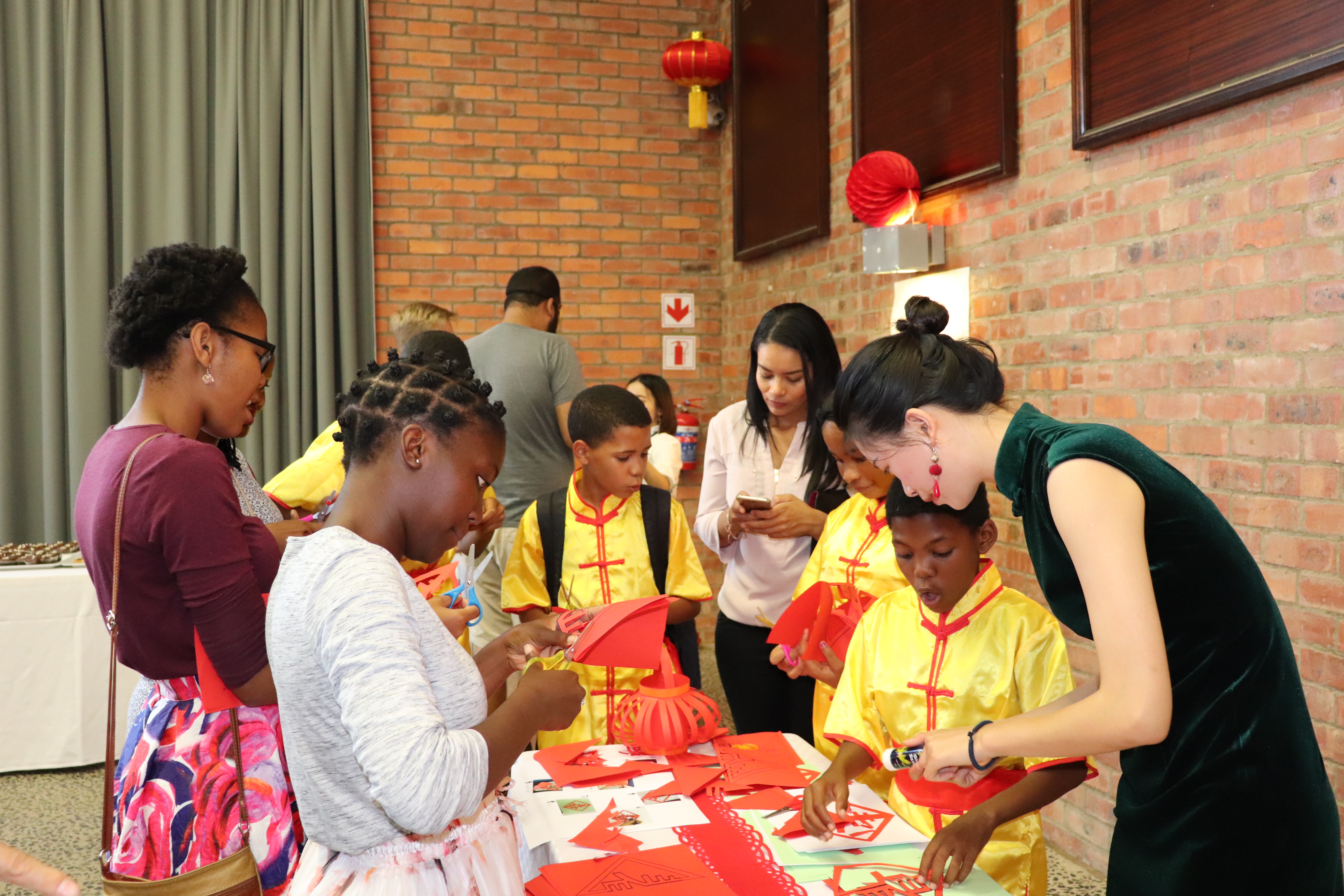 Student in Stellenbosch University told the journalist, ‘We enjoyed the event very much. The food and performance are fabulous. I really liked Chinese music and food. I hope to learn Chines and study in China in the future, if possible.’ 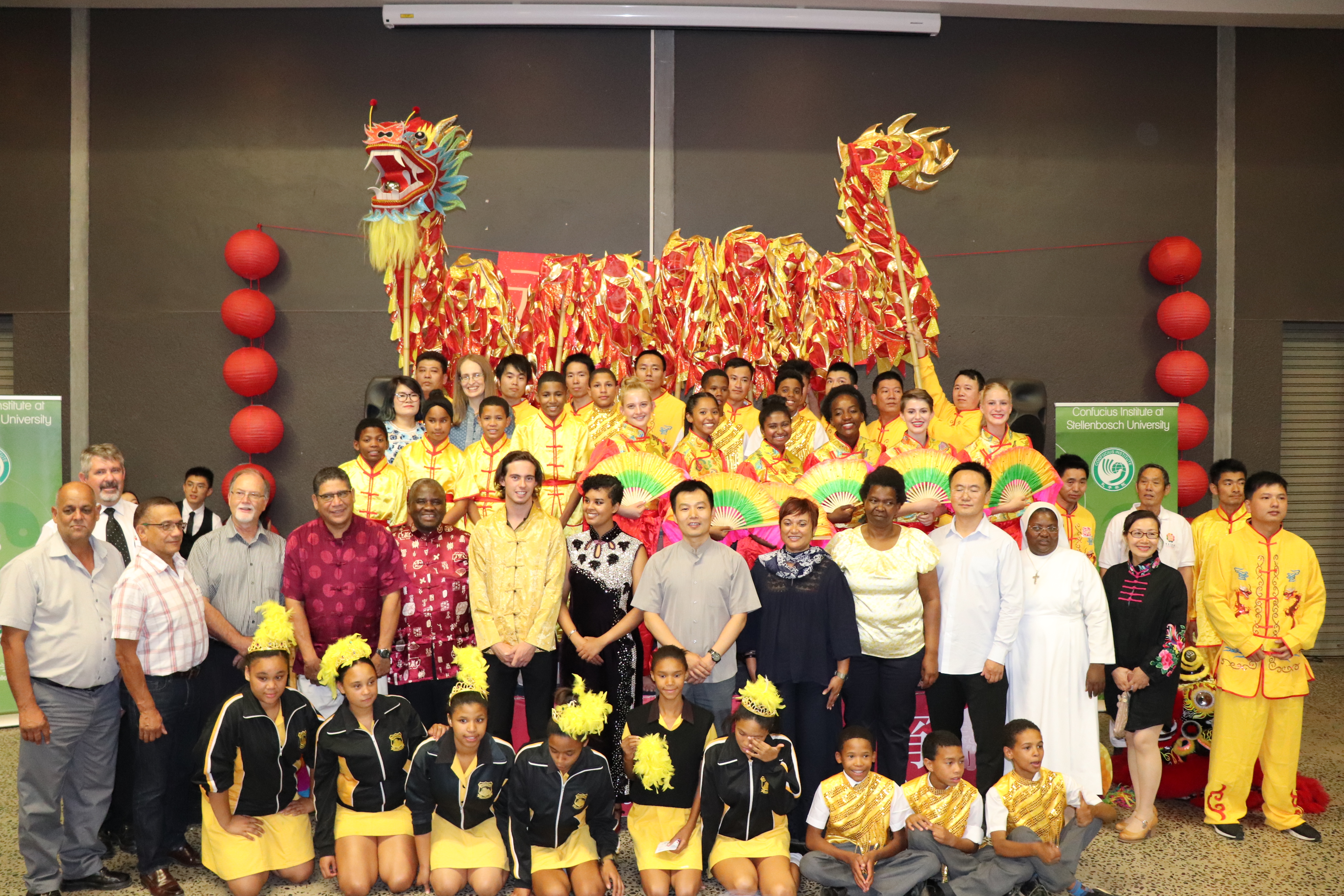 Established in 2007, the Confucius Institute at Stellenbosch University promotes understanding of Chinese language and culture. The Lantern Festival Evening Party is an annual event held at the beginning of each semester. This event brought South African people and Chinese people together to celebrate Chinese New Year and dissimilate Chinese culture.