An explosion of aromas at “Woordfees” honeybush Science Café

Sweet, floral or spicy. Rosy, fruity or woody. This science café at the 2020 Woordfees at Stellenbosch University, was all about the magic of honeybush tea. With its exciting variety of aromas, this indigenous tea is more than just a soothing drink. From a small cottage industry to a fully expanded research area, honeybush tea is on its way to taking its rightful place on the local and international tea landscape.

From the first time honeybush was mentioned in the late 1700s as an alternative to traditional Ceylon tea, the tea’s advancement has been very gradual. It was not until the 1960s that honeybush tea was officially branded (as Caspa Cyclopia Tea – see picture) for the first time. “Even then, honeybush tea never really took off; but rather remained a cottage industry for many more years,” said Professor Lizette Joubert, Principal Researcher at ARC Infruitec-Nietvoorbij and extraordinary professor at Stellenbosch University.

In the 1990s, honeybush tea was boosted by increased investments, mainly from government. Now, more than 20 years later, researchers are doing all they can to push the industry forward. Two such researchers are Dr Cecilia Bester and Ms Nina Muller who, along with Professor Joubert, devoted a considerable part of their careers to honeybush research.

Professor Joubert is also globally recognised for her work in the field of other herbal teas, and in particular, for her work on rooibos tea. Since 1993, she’s had her hooks into honeybush. Honeybush, just like rooibos, is a fynbos species indigenous to South Africa. However, while rooibos tea is produced from only one plant species, there are 23 honeybush or Cyclopia species.

“This makes honeybush very interesting,” says Joubert. “We can also manipulate the processing of the tea to get different aromas.”

The tea, named after the honey-like aroma of the bright yellow flowers of the honeybush shrub, is known for its variety of fragrant palates. The science café audience had a chance to taste one of the species for themselves, as Ms Muller talked them through the sensory experience.

“When you perceive the aroma of the tea you pick up sweetness, fynbos, and a floral aroma,” she said. “The different species all have the same generic characteristics, but the intensities of certain characteristics differ. For example, Cyclopia maculata is woody and spicy, whereas Cyclopia genistoides is fruity, floral and rose-geranium like.”

Ms Muller’s research is focused on the sensory profile of the tea. Seventeen sensory characteristics of honeybush have been identified, including taste and mouthfeel traits. Some of these are positive characteristics like the aroma notes fruity, sweet or floral, while other aroma notes, for example rotting plant water and dusty, are negative and result from processing mistakes.

“From this, we have developed aids for the industry, like a honeybush sensory wheel. The tool presents characteristics typical of honeybush and can be used to determine tea quality and describe aromas to overseas markets,” Ms Muller explained.

Professor Joubert also told the audience about her work on honeybush tea quality. In the industry’s early days, there was no attempt to produce tea of high and consistent quality. “For quality tea, we need both plants and processes of high quality. After much research, and manipulating some of the processes, the tea quality is definitely better today,” she said. However, sometimes producers take shortcuts, which can lead to unwanted quality variations. The early stages of the value chain are crucial for a high-quality final product.

Dr Bester, a plant breeder and geneticist, focuses on the breeding, seed production and cultivation of honeybush; areas that are showing much promise. As part of three breeding programmes run by the Agricultural Research Council (ARC), 30 kg of seed has been produced and sold to farmers, and about 200 ha of new honeybush plantations have been established.

“We are a small team of researchers with limited funds; we don’t have all the answers yet”, Dr Bester reminded the audience. “The industry is still relatively young and much work remains.”

Another aspect of Dr Bester’s work relates to the protection of the various honeybush species, with the help of a targeted breeding programme and gene bank. “We are trying to protect the seed of all the species, as many of the species are threatened and may become extinct,” she explained. “We also want to rely more on cultivating honeybush and selling seed to farmers, rather than harvesting in the wild, in order to protect the natural habitats of wild-growing honeybush.”

As part of a five-year programme funded by the Department of Science, and Innovation (DSI), Dr Bester and her research partners are making seed and seedlings available to five selected rural communities to help small farmers establish their own honeybush plantations and become successful small businesses. 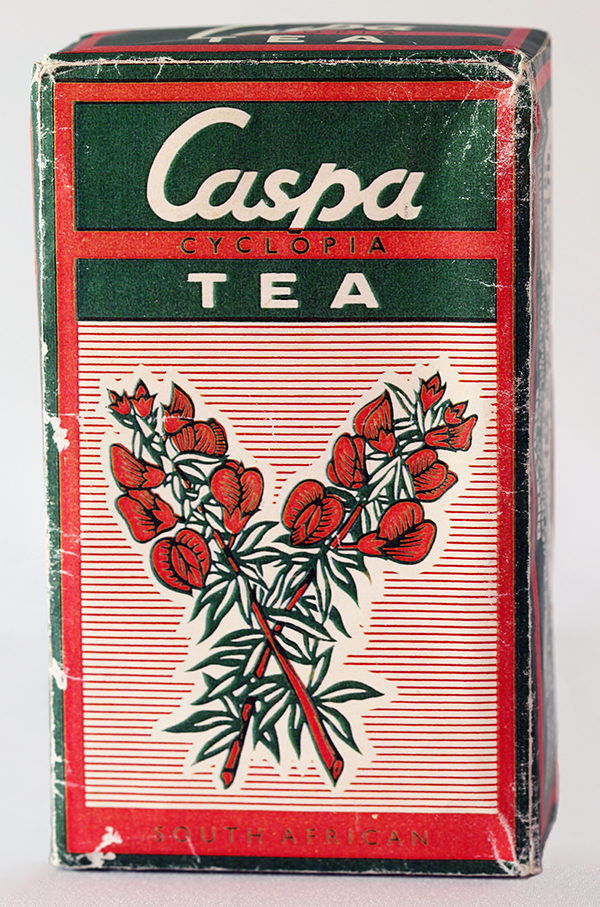 It was not until the 1960s that honeybush tea was officially branded (as Caspa Cyclopia Tea) for the first time.