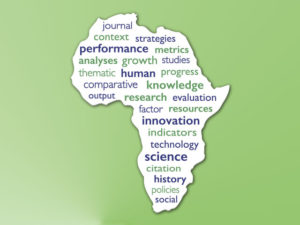 Despite considerable improvement and investments in African science in recent years, African countries lag behind the rest of the world in terms of scientific outputs, and many knowledge contributions from African science remain invisible and unaccounted for. Within this theme, we explore the complexities of scientific productivity across Africa and work towards new ways to measure scientific achievements in a way that is relevant for the African context.

To achieve this, we analyse, describe and interpret the state and dynamics of science in South Africa and the rest of Africa. Our studies draw on the history of science, science governance, the social contract between science and the state and the different actors that make up science systems. We keep our finger on the pulse of the dynamics of scientific research by monitoring research outputs, collaborations and productivity – for specific disciplines and across national and continental science systems. Based on the new knowledge generated by these studies, we aim to model the overall efficiency of the South African science system and its comparative standing in the world.