Winetech has recently appointed the Centre for Geographical Analysis (CGA) to develop a prototype online spatial decision support system (SDSS) for the wine industry. The project is being carried out in close collaboration with the Department of Viticulture and Oenology at Stellenbosch University.

The aim of the project is to develop and integrate a range of applicable spatial datasets at a vineyard scale and disseminate these datasets via a prototype online SDSS. The main purpose of the SDSS is to aid long-term (e.g. establishment of new vineyards) and seasonal decision-making (e.g. compliment phenology, canopy growth, ripening, yield development monitoring).The prototype is being developed for an 80x90km pilot area covering the Franschoek, Elgin, Caledon and Robertson wine regions in the Western Cape. The specific objectives of the project include the development of: 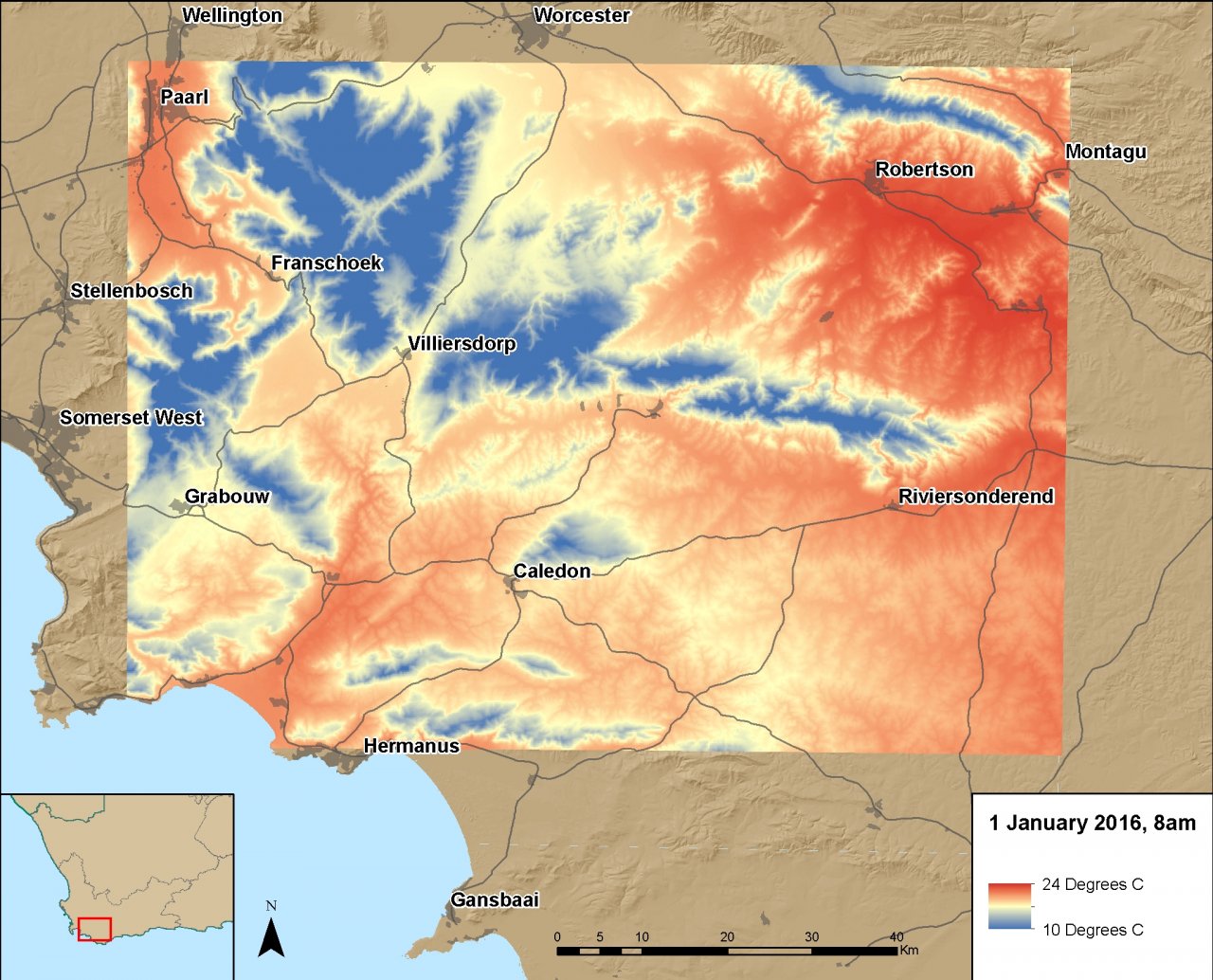 The pilot study will consist of six phases, aligned with the six objectives.

Phase 1 will comprise the generation of a range of terrain derivatives from several digital elevation models (DEMs), including the 5m-resolution Stellenbosch University Digital Elevation Model (SUDEM) and the newly-developed, 2m-resolution DEM of South Africa (DEMSA2).

Phase 5 will comprise the development of a prototype online SDSS platform (web application).

Phase 6 involves the development of additional functionality for the web application. The functionality proposed for this phase will allow the user to generate a report per agricultural field. The report will include relevant tables and maps. The objective of this phase is to demonstrate the concept of report generation and to facilitate stakeholder engagement through which suggestions for further functionality will be gathered. 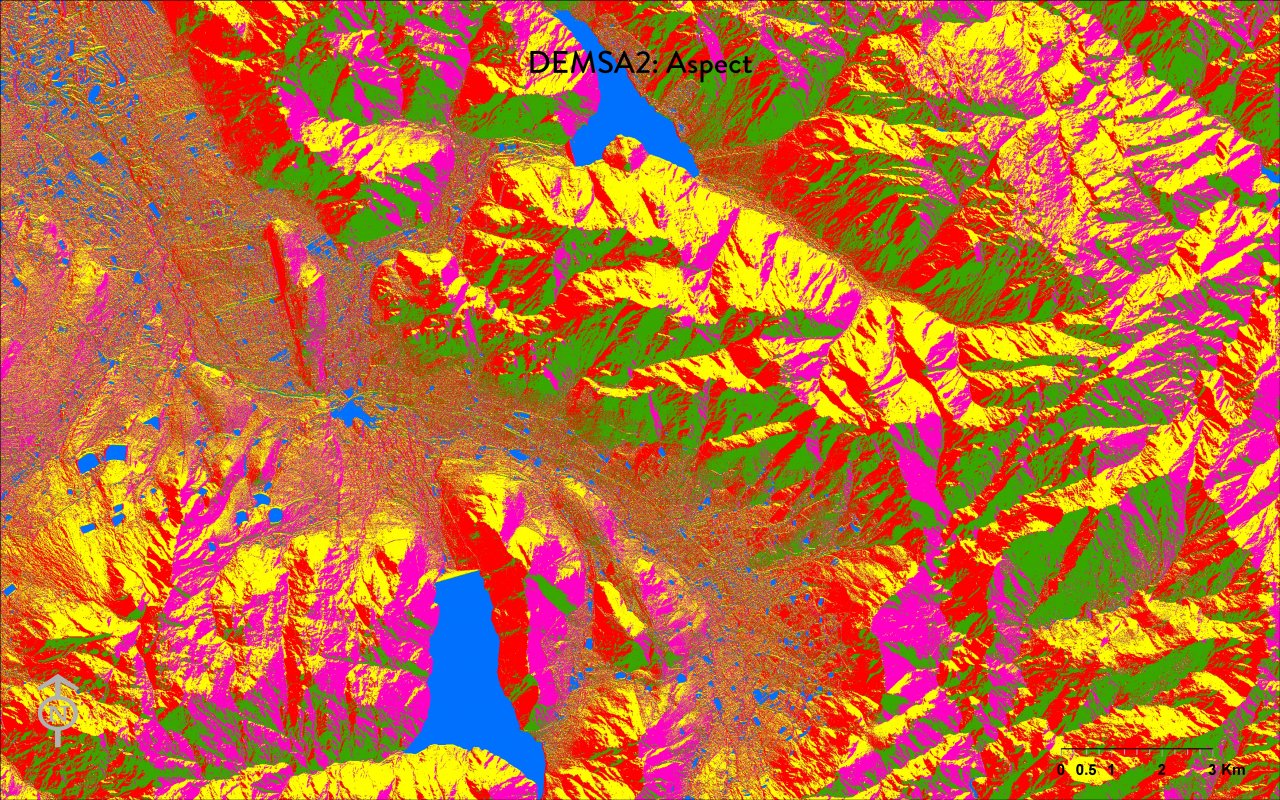 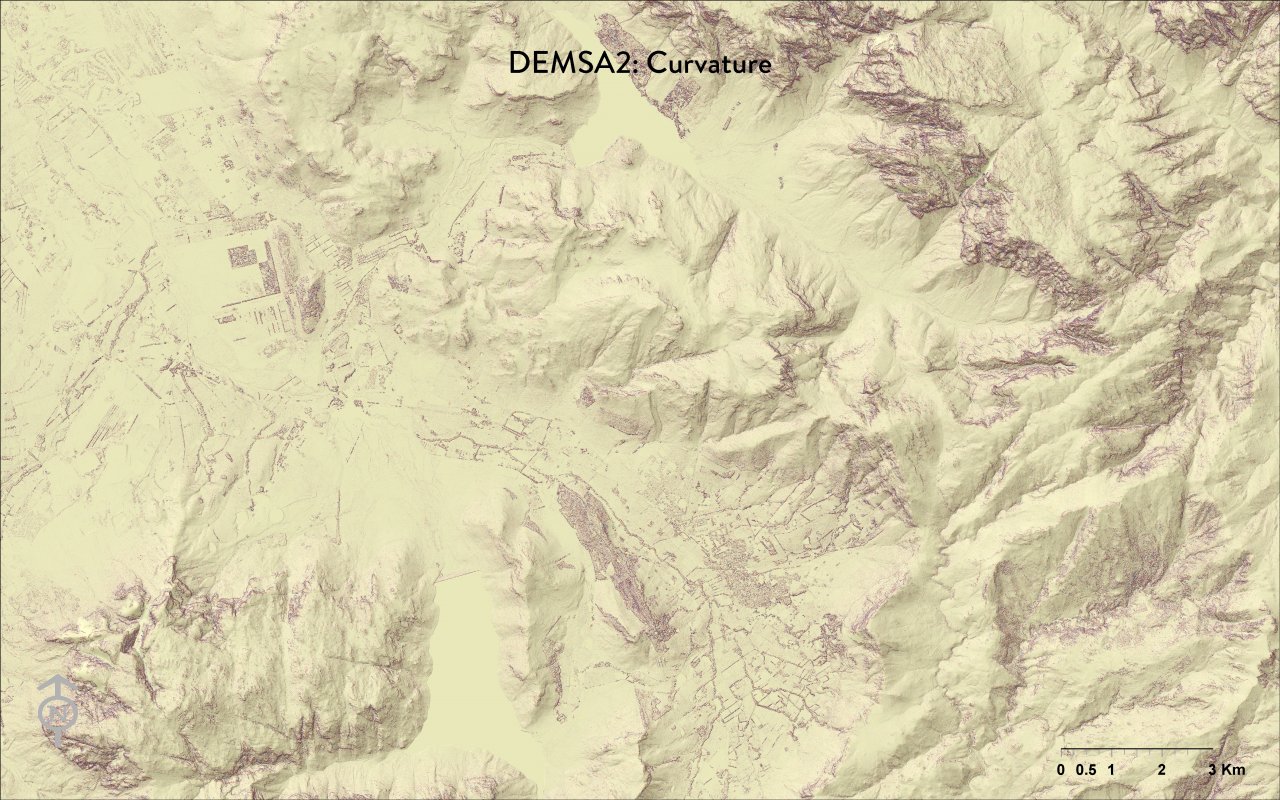 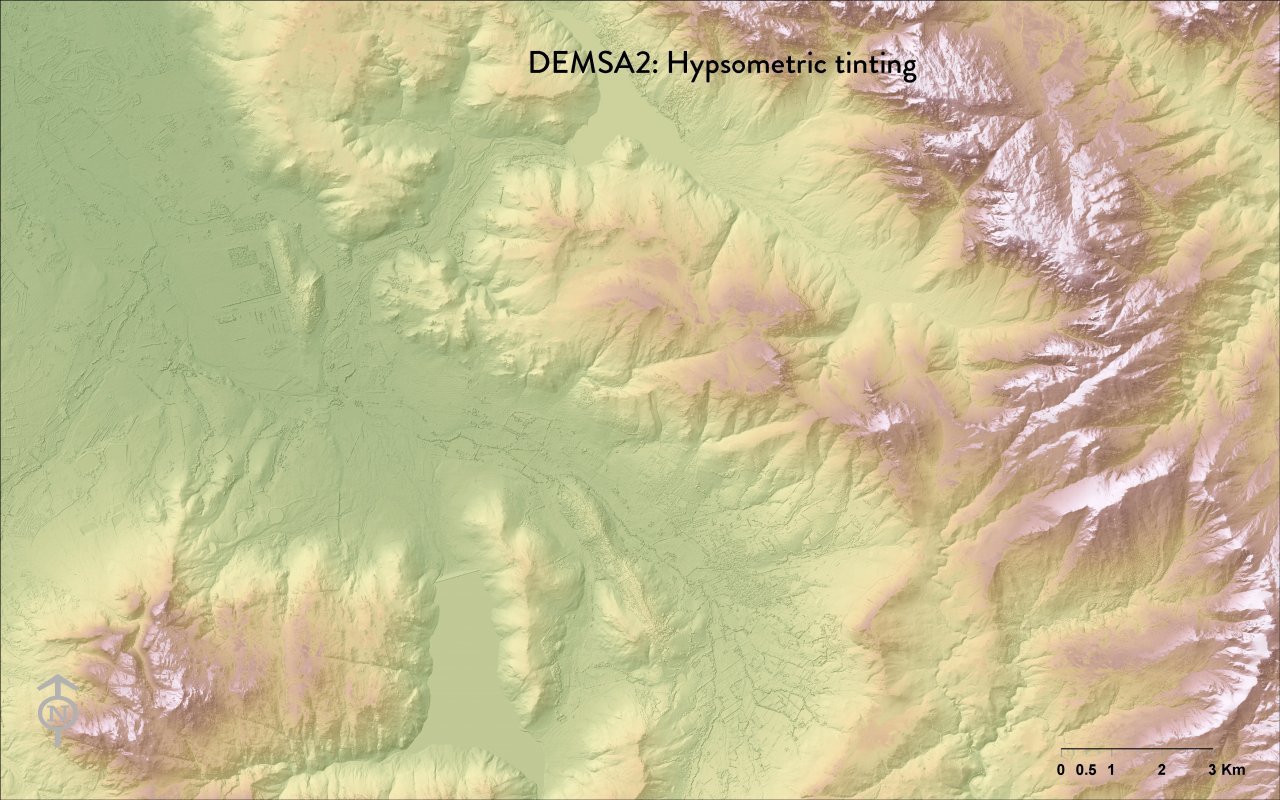 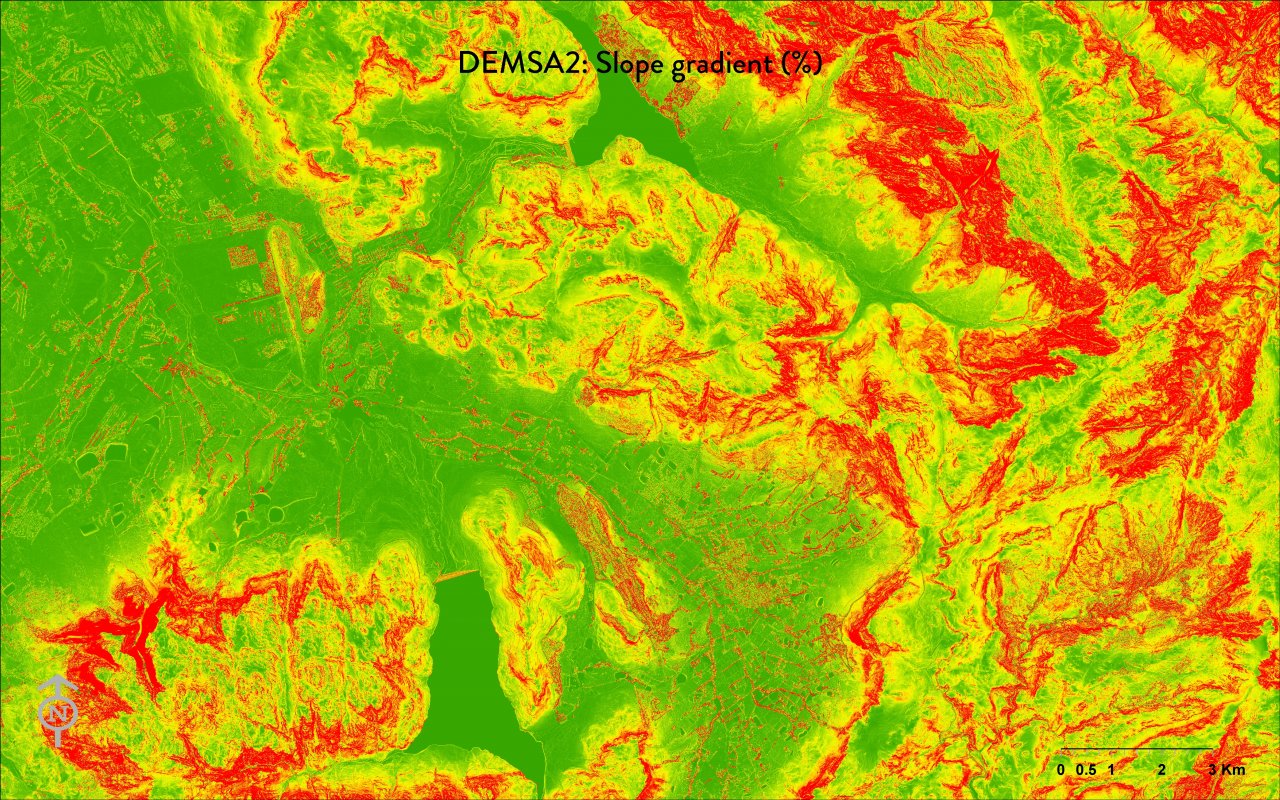 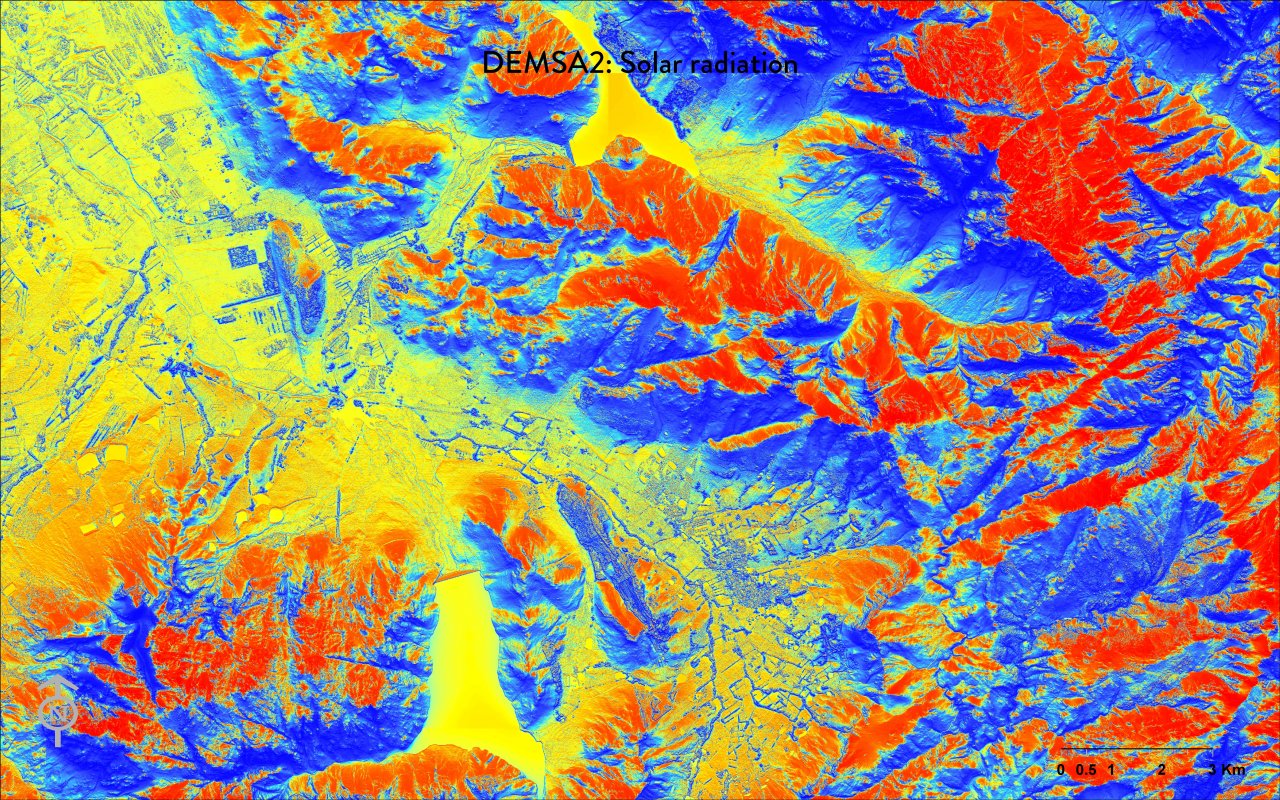 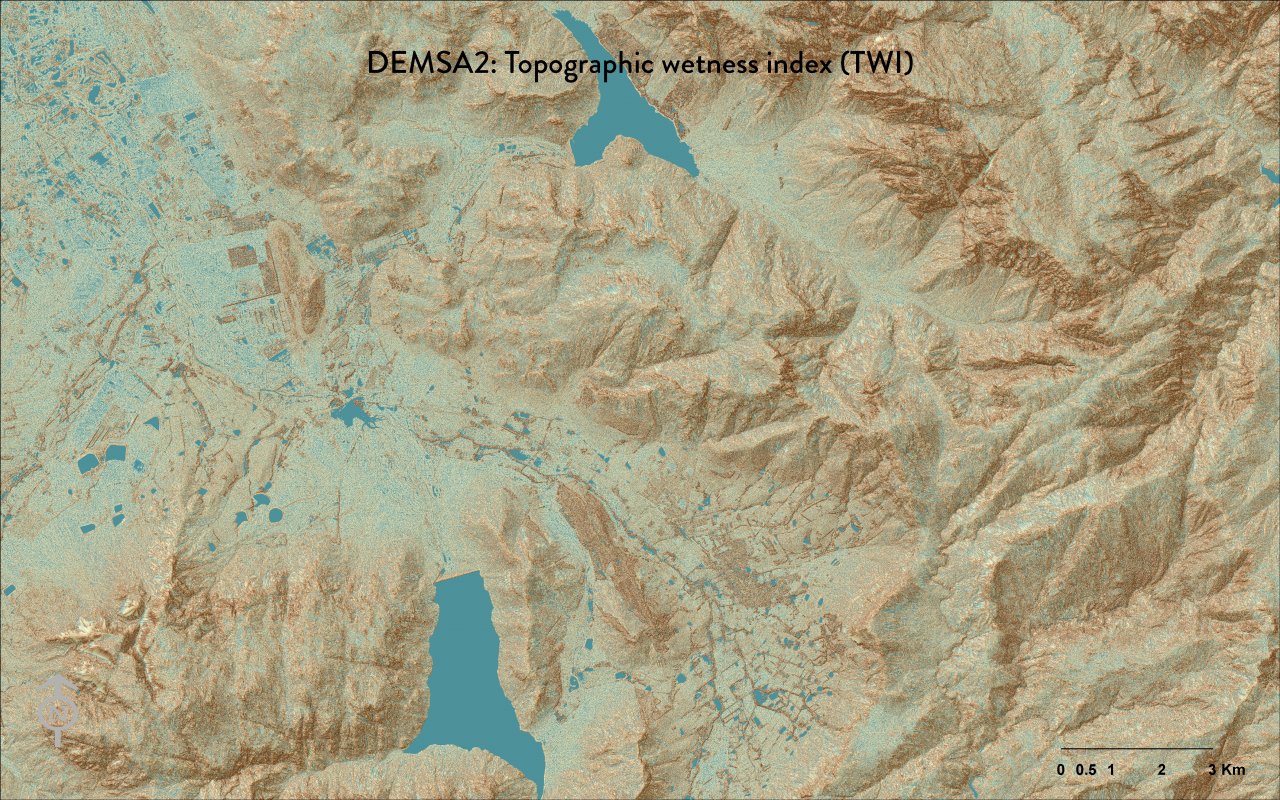