The Public Communication of Science and Technology (PCST) 2020+1 virtual conference hosted 667 delegates from 59 countries with 359 presentations and demonstrations from 24-27 March 2021. Brian Trench, in his president’s address, commented on the unusual label (2020+1) that will forever recall the unique Covid-19 circumstances in which this conference took place. He urged for greater accessibility and diversity in science communication.

As science writer Philip Ball stated in his plenary, “Covid-19 has taken the lid off science,” and openness around science communication is here to stay.

A tale of two scientists: Barnard and Abdool Karim

Marina Joubert was invited to deliver a keynote address on the topic “A tale of two scientists: Reflections on Christiaan Barnard and Salim Abdool Karim as celebrity figures in science.”

The daring heart surgeon Christiaan Barnard exploded onto the world stage after performing the first human heart transplant in 1967. Joubert explained how his competitive nature and ambition helped Barnard to beat several competing surgeons in the race to be first to transplant a human heart. She also showed how his personality, good looks and media flair helped to turn him into a celebrity, while his playboy image and controversial personal life sustained media interest for decades. In his last television interview Barnard famously said: “There is no such thing as bad publicity as long as they spell your name correctly.”

Fast forward to 2020 where Salim Abdool Karim surged to public prominence as leading scientific advisor in South Africa during the Covid-19 pandemic. His route to media stardom was different from Barnard. When the outbreak of the novel coronavirus struck, he was already highly visible in the media. He was well known to health journalists from his past role as an activist against AIDS denialism in the 2000s. During 2020, Abdool Karim became the trusted voice of science. Along with his scientific reputation and credibility, he notably used proven communication strategies to engage audiences with a blend of ‘credibility’ and ‘warmth’. He used personal stories and metaphors to explain science, demonstrated compassion and empathy, emphasised uncertainty and crafted clear, evidence-based messages.

Some similarities, like their charisma and media flair, are evident between these two South African household names. But at the height of his fame, Karim announced his resignation from the coronavirus task force to return to his original pursuit of AIDS research. Therefore, Joubert concluded that “to date, Christiaan Barnard remains the only South African scientist to achieve true celebrity status.” She stated that both will be remembered globally for their contributions to medicine and their extraordinary presence on the public stage.

The World Health Organisation identified vaccine hesitancy as one of the top 10 threats to global health in 2019. Two CREST colleagues also presented their research surrounding this high-priority topic at the conference. Bankole Falade presented his findings on vaccine hesitancy in 10 African countries based on attitudes to vaccines data from the Wellcome Global Monitor survey of 2018.

Their findings from the vaccine hesitancy measures show that there is less hesitancy about the importance for children to be vaccinated compared with the safety and effectiveness of vaccines. Vaccine hesitancy is low in East Africa (Ethiopia and Tanzania) compared to other countries in North, West, and Southern Africa. Gabon had the highest level of safety concern. Algeria and Congo had the highest concern over effectiveness. He highlights that vaccine behaviours are on a continuum from active demand to complete refusal rather than just pro- versus anti-vaccination.

Karien Connoway presented an analysis of pro-and anti-vaccine rhetoric on two South African Facebook pages. She found both pages contained limited SA specific content. On the pro-vax page only 19% of the content was SA specific, while the anti-vax page had a mere 4%, with 43% mentioning the USA, emphasising the strong influence of the organised anti-vax movement in the USA. Although the statements on the pages were diverse these views dominated:

Top two anti-vax statements:
1. Vaccines are harmful and dangerous (53%)
2. Vaccines are part of a wider conspiracy or deception (39%)

Since Facebook came under fire for the unchecked spread of vaccine misinformation, they announced several measures to address this by flagging misinformation and banning anti-vax ads. The research further emphasises the need for accurate vaccination information and engaging communication strategies to combat misinformation.

When investigating the nature of TCA in terms of its publication trends they found that the number of articles remained steady per month, single-author articles dominated (81%), and most authors published only once (68%). In terms of content most articles were published in the sections: Politics + Society (29%), Business + Economy (15%) and Health + Medicine (15%). South African content dominates the platform, demonstrating that it is not yet representative of the African continent. He noted that novel amplifier platforms such as The Conversation Africa (TCA) enable scientists to communicate directly with audiences without traditional gatekeepers involved. The platform also allows for easier republishing and sharing on social media.

The exchange of ideas, information and experiences enabled by the conference will certainly spark new conversations surrounding science communication. We look forward to “Creating Common Ground” in 2023 as the overarching theme of the next PCST conference in Rotterdam. 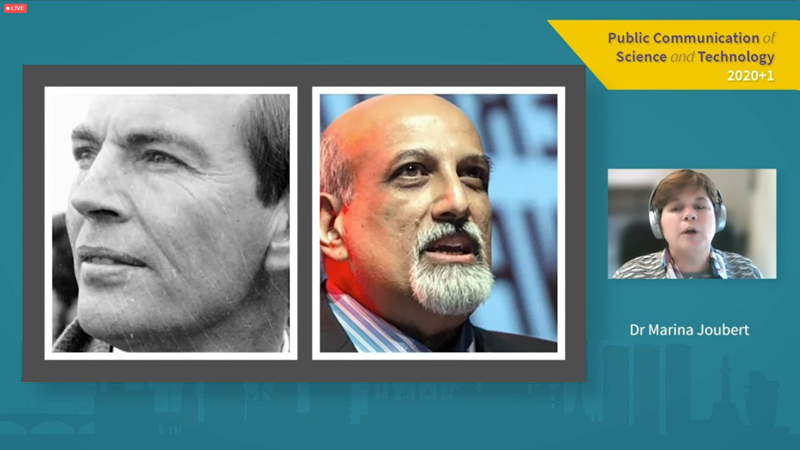 Marina Joubert delivered a keynote address on the topic “A tale of two scientists: Reflections on Christiaan Barnard and Salim Abdool Karim as celebrity figures in science.” 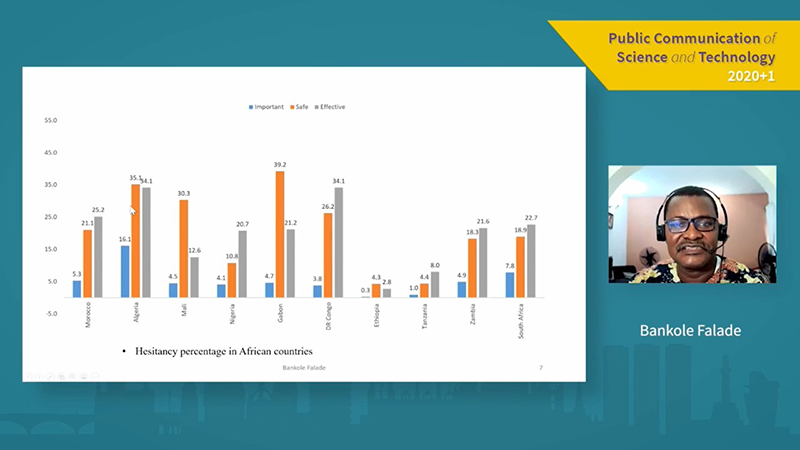 Bankole Falade presented his findings on vaccine hesitancy in 10 African countries based on attitudes to vaccines data from the Wellcome Global Monitor survey of 2018. 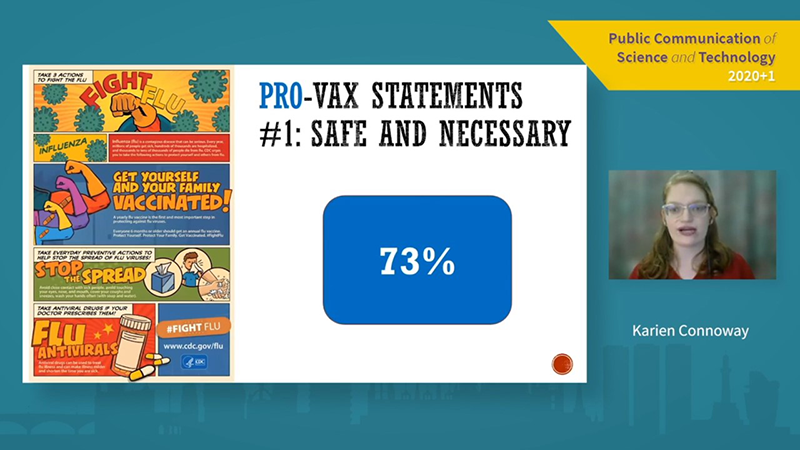 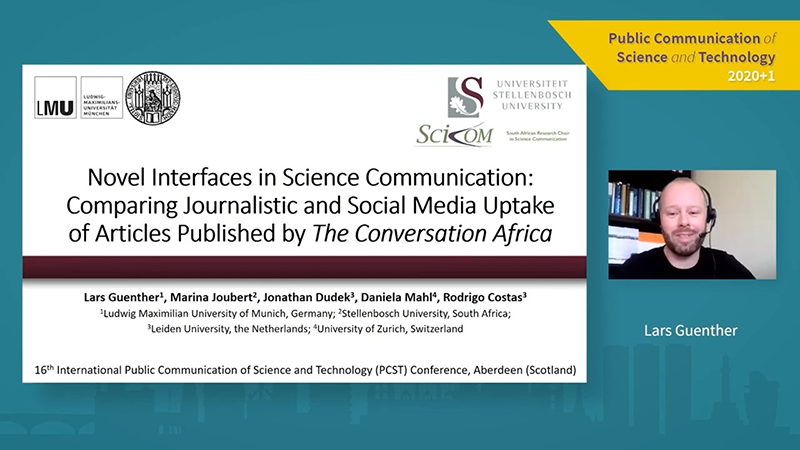