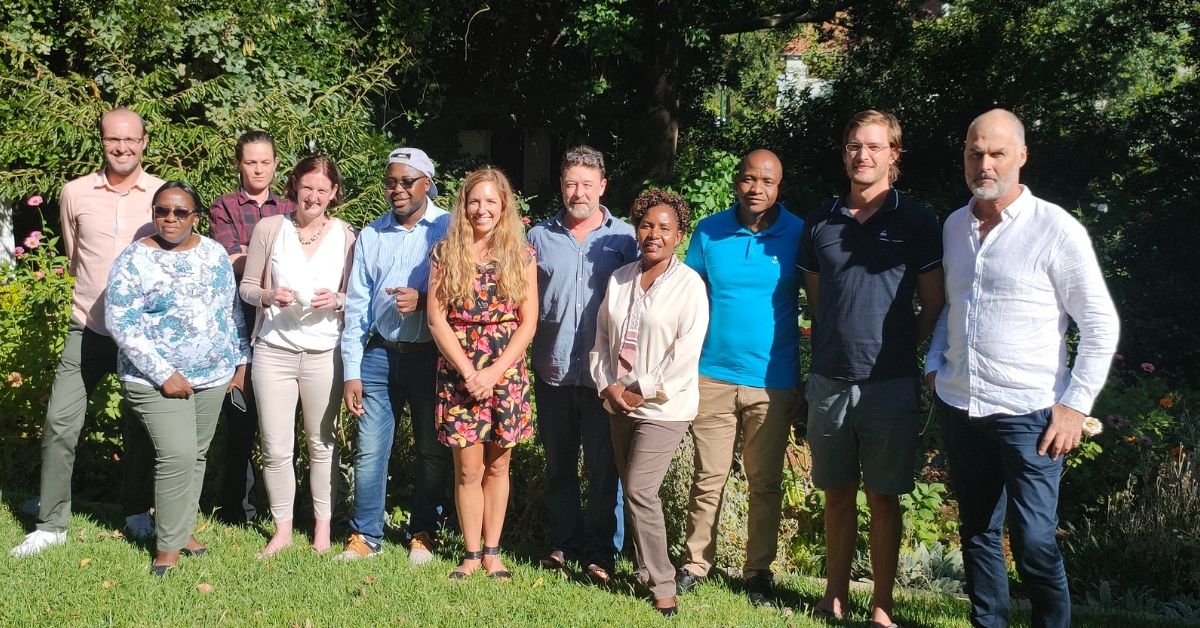 The Intergovernmental Panel on Climate Change (IPCC) recently reported that we will experience an increased frequency of climate-induced disasters such as famines and droughts and humanitarian crises like displacements, with Africa being singled out as at ‘high risk’. In recent years, several reports from Africa on droughts and their impacts on people and the environment provide clear evidence to confirm these depressing projections. For example, between 2015 and 2018, South Africa experienced one of the worst droughts in history, which, at some point, had a strong possibility to leave four million people in Cape Town without water. However, when drought hits a region, it does not affect people equally. The droughts in South Africa have shown us that whilst richer people often maintain their access to water this is not the case for more marginalised or poor communities.

Cranfield University has been playing a pivotal role in addressing these emotive and topical issues through a major UKRI-GCRF funded research project “Supporting transformative adaptation and building equitable resilience to drought for sustainable development”. The project aims to address the question ‘how we can manage droughts in a way to enhance social equity and build resilience at multiple scales?’ Using community-based and participatory research methods in four catchments in Kenya and South Africa, the project puts specific emphasis on marginalised farmers and aspires to understand why and how different social groups respond to and cope with droughts differently. We have focused on the Breede-Gouritz (Western Cape Province) and Groot Letaba catchments (Limpopo Province) in South Africa and Upper Ewaso Ng’iro (led by Bancy Mati, a Cranfield alumna) and Lake Naivasha catchments in Kenya. The project has been co-designed with our partners in South Africa (Cape Peninsula University of Technology, Institute for Natural Resources, and Centre for Sustainability Transitions) and Kenya (Jomo Kenyatta University of Agriculture and Technology) and well as the International Water Management Institute and Institute of Development Studies (University of Sussex, UK). 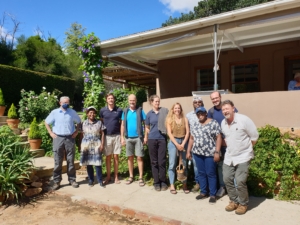 After a long hiatus due to COVID-19 related travel restrictions and local and national lockdowns, we managed to organise a project workshop and field visit between 18 and 26 March at CST in Stellenbosch, South Africa. We had at least one team member from each partner present in South Africa throughout the meeting, with other team members joining online. During the workshop, we discussed our progress, started to co-develop publications and planned the final stages of the project. The most fascinating take-home message from the workshop was to see how all the team has adjusted to delays, restrictions and uncertainties surrounding the project, particularly fieldwork and data collection, but has nevertheless still managed to complete a substantial amount of research. For example, the Kenyan team managed to conduct a comprehensive fieldwork campaign before the re-imposition of local and national COVID-19 restrictions in late 2020. In South Africa the team has re-oriented their fieldwork and scoped down their sampling methodology to collect data from the Groot Letaba and Breede-Gouritz catchments.

The Cranfield team have focused on the conceptual aspects. With support from the IDS team, we are developing a conceptual framework of “Equitable Resilience” to assess issues of justice and equity in the resilience capacities of marginalised farmers to droughts. This aims to reveal how droughts unevenly impact people and how people adapt, respond to and/or cope with droughts in a differentiated way. This framework, building on literature on social and environmental justice, resilience and socio-natures, will also provide useful guidelines for communities, researchers and policymakers to enhance social equity in building resilience to water-related disasters. 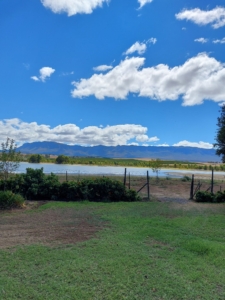 In the South African context, farmers are classified as ‘subsistence’, ‘smallholder’, ‘emerging’ and ‘commercial’. Smallholder farmers (who are predominantly black) have limited access to land and water, while commercial farmers (who are traditionally white) represent large-scale farms with modernised infrastructures and better access to water, irrigation and capital. Emerging farmers, on the other hand, represent a group, which is being systematically

empowered by the post-Apartheid regime as part of the restorative justice agenda of South Africa. These are black farmers, who are supported by the State to have more land, modernised systems and access to water to ensure diversity in the commercial farming sector. Our field visit was to one of those farms and conducted with the approval of the Department of Agriculture, Western Cape, the representative who accompanied us during our visit to an “emerging” farm in Ceres. Here we were able to see how emerging farmers develop their adaptation and coping mechanisms and what difficulties they face in adapting to, coping with and responding to drought compared to large-scale commercial farmers (some of which are being interviewed as part of the ongoing fieldwork).

As we approach the end of this project, it has been fascinating to see a real-life representation of gloomy climate projections and social (in)justice which are widely reported by international media, academia and international organisations. We hope our project will propose ways to tackle and enhance positive social and environmental justice outcomes in building resilience to droughts in Africa.

This blog first appeared on the Cranfield University blog on 30 May 2022.