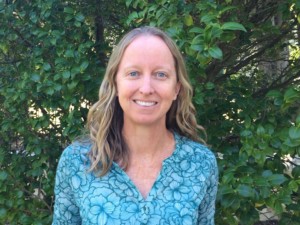 Belinda’s research explores the use of theories and methods from social-ecological systems resilience research in development practice and policy, she is also a senior advisor on Resilience and Development at SRC and an Extra-ordinary Professor at the Universities of Stellenbosch and Pretoria.

Reyers is based at the CST where she works with colleagues from research and practice exploring the contribution of theories, methods and evidence from social-ecological systems research, to the development challenges facing Africa. Her work focuses on exploring the role of social-ecological feedbacks, cross-scale dynamics, non-linearities, and resilience capacities in achieving sustainable and equitable futures in the region. She also conducts empirical and conceptual research on the dynamic linkages between sustainability and equity, especially in the context of more complex, connected and uncertain futures (and present).

Reyers plays/has played a number of advisory roles to national government and international bodies including: Vice Chair of the Science Committee of Future Earth; Coordinating Lead Author of the Intergovernmental Platform on Biodiversity and Ecosystem Services; Science Committee: DIVERSITAS; Advisory Committee: Sustainable and Healthy Food Systems; and the Bridge Collaborative. Reyers initiated and co-led the Southern African Program on Ecosystem Change and Society, a network of leading social-ecological researchers working in southern Africa to develop new theory and tools and grow capacity in the social-ecological systems field, and one of the core case studies within the Future Earth Program on Ecosystem Change and Society (PECS). She has served as an Editor and Associate Editor for several interdisciplinary journals.