Res food, going to class, initiation and hangouts in Stellenbosch . . . Twins Anna Schelhase and Elise Malan can be forgiven if their student days are somewhat hazy − but these 97-year-old sisters can still recall their days as residents of Harmonie on the Stellenbosch Campus from 1938 to 1941. 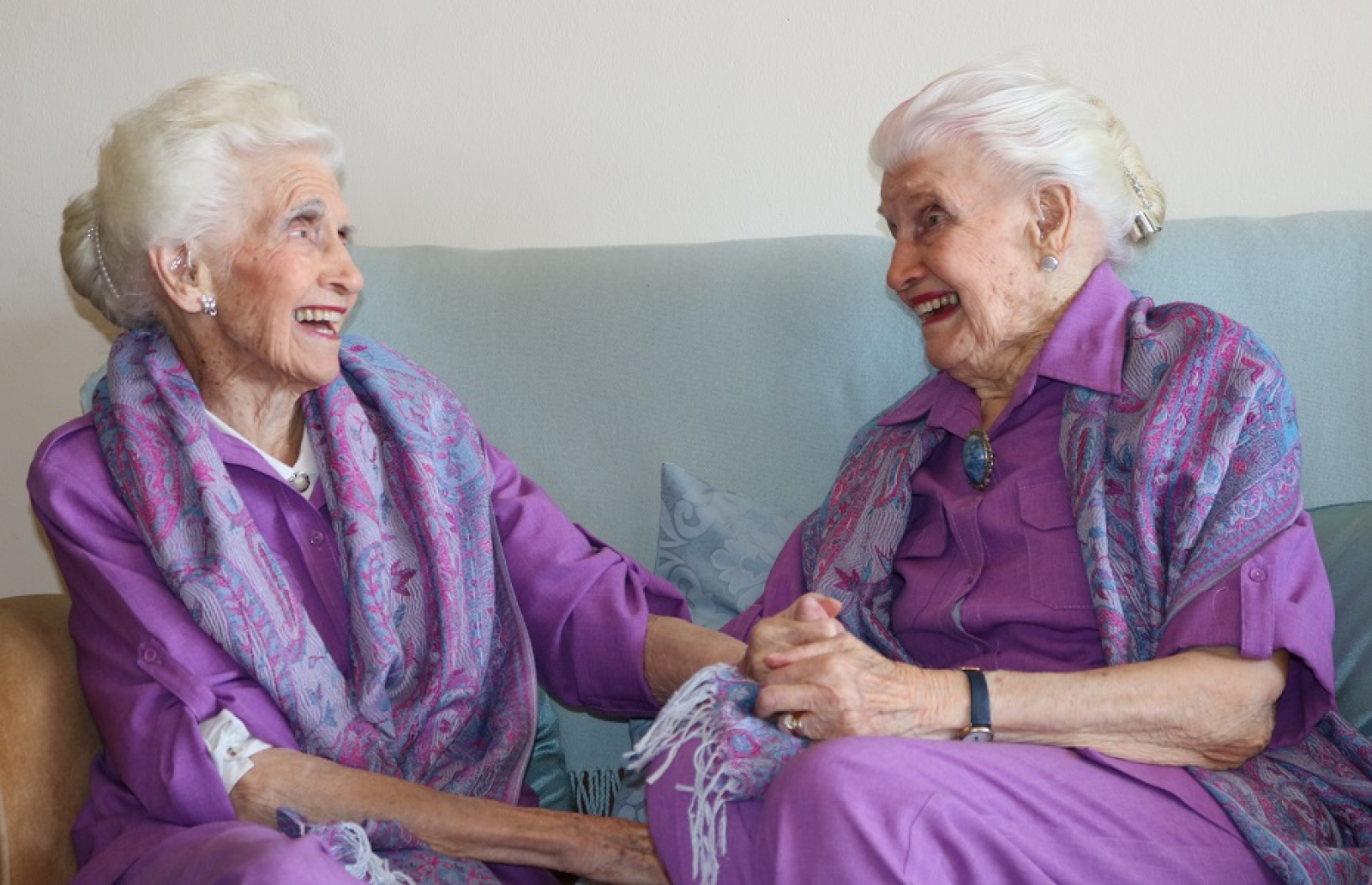 And, where they are sitting today, dressed the same, on a couch at the De Rust Retirement Village in Durbanville, the two chat happily about their younger days as students − even if they do have to help each other now and then with the facts. The twin sisters grew up on Leeuwberg − a farm in the Karoo between De Aar and Phillipstown − and recount how they moved to Stellenbosch to tackle their degrees in Economic Science.

“We were inseparable as children, and this just carried on through to University, because we were together there in a res room as well,” Anna explains. “But we did later get another roommate,” Elise chips in.

So what exactly do they still remember of their time in Matieland? “In our days, there was still initiation, and we were called ‘fools’. Res food was pretty bad, but going to class was nice, and so was intervarsity, and going to the movies − and those get-togethers in town!” reminisces Anna. On the question about who was naughtier, consensus still has to be reached, because each jokingly points to the other.

After Stellenbosch, their paths diverged and Anna ended up living in Cape Town with her husband, while Elise moved to Riversdal. But they by no means put Stellenbosch behind them: Anna’s husband was a Stellenbochser and their son Carl Schelhase, daughter Ilse Koeslag and two grandchildren Francois Koeslag en Karin Koeslag all came to study at Maties, as did Elise’s three daughters Laurentia, Theresa and Annelise.

Anna has been at the De Rust Retirement Village since 1997 after her husband passed away; the sisters reunited in 2002 when Elise also moved there after she lost her husband.

According to Elaine Johnson, a caregiver at the retirement village, the twins spend a lot of time in each other’s company, even though each lives in her own flat. Elaine says that their routine is usually lunch in the dining room at 13:00, then a little rest and, by 15:30, they’re drinking tea and playing Scrabble or watching tennis and animal programmes. There’s not much time for getting sick; the two sisters are still in good health and also still go out with their children every now and then.

And their advice for today’s young people? “Study, study and study, because to get an education is very important. But do remember to use weekends to have a little fun!”