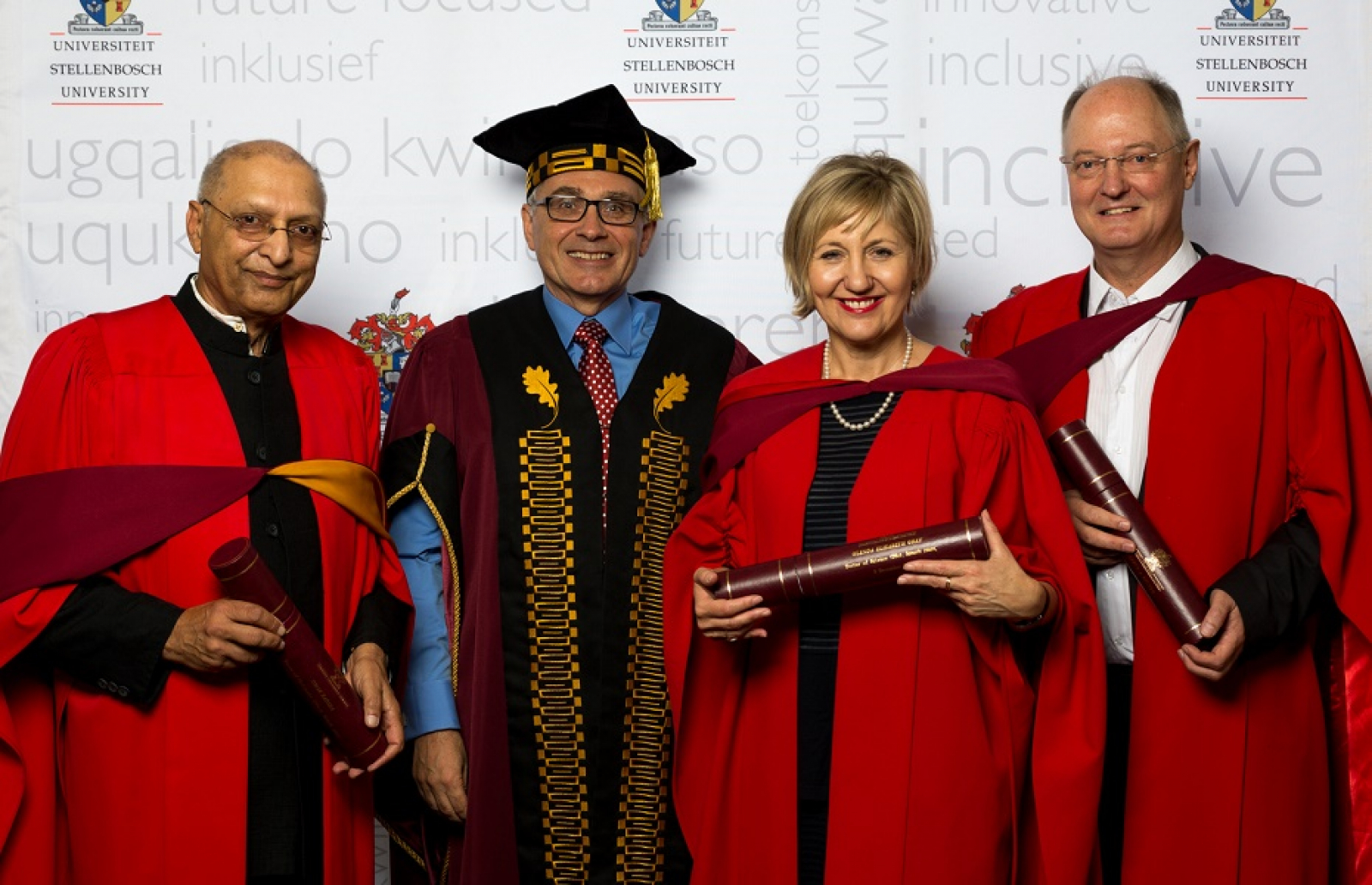 Mr Omar Badsha was awarded the degree of Doctor of Philosophy (DPhil), honoris causa, in recognition of his pioneering work in documentary photography in South Africa. As one of the country's foremost documentary photographers, Badsha has been capturing images of South Africa's history for decades. Among these are a collection of photographic essays entitled A Letter to Farzanah (1979), produced with the late Fatima Meer, and Imijondolo (1984), a photographic record of his work in the Inanda area in Durban. The former was immediately banned at the time. In the 1980s Badsha co-founded Afrapix as well as of the Centre for Documentary Photography at the University of Cape Town. He headed the photography unit of the Second Carnegie Commission on Poverty and Development, and in 1999 founded the highly successful and award-winning history project, South African History Online (SAHO), the largest history website on the African continent.  Badsha still manages SAHO, holds exhibitions locally and abroad, and in 2015 he was awarded the Arts and Cultural Trust Lifetime Achievement Award for Visual Arts by the Department of Arts and Culture.

Prof Glenda Gray, Chief Executive Officer and President of the South African Medical Research Council, received the degree of Doctor of Science (DSc), honoris causa, for her ground-breaking research in the prevention of mother-to-child transfer of HIV. Recognised internationally, Gray established the Wits Perinatal HIV Research Unit at the Chris Hani Baragwanath Hospital in 1996. She was also head of the clinical development of the South African Aids Vaccine Initiative's HIV vaccines and conducted the first tests in South Africa and the USA. Gray is a co-recipient of the Nelson Mandela Health & Human Rights Award for research on mother-to-child transmission of HIV and the 'Heroes in Medicine' award from the International Association of Physicians in Aids Care. As an example of dedication to the improvement of the quality of life of people living with HIV/Aids, she was mentioned in Time magazine.

Prof Markus Reuter, Director at the Helmholtz Institute for Resource Technology in Freiberg in Germany, was awarded the degree Doctor of Engineering (DEng), honoris causa, for his outstanding contributions to the science and technology of the production and recycling of metals, as well as to the integration of academic research and practice. His work on recycling, design for recycling, and resource efficiency has contributed towards the creation of processes and tools to develop a sustainable society. Born and bred in Stellenbosch, Reuter has been attached to several prominent tertiary institutions not only in South Africa, but also in Europe, China and Australia. He has supervised 130 postgraduate students, published more than 200 articles in peer-reviewed subject journals, and has more than 200 publications in reviewed international conference proceedings. Reuter holds 37 patents in 5 patent families, and was the main author of the United Nations Environmental Programme (UNEP) Report on Recycling (2013). This report was downloaded 400 000 times between April 2013 and October 2015. Through his work in academia, industry and government he reaches and inspires key role players at all levels, and empowers young engineers, industrialists and policy makers to make informed decisions to help society apply scarce resources more sustainably.

Judge Mervyn King, a former judge of the Supreme Court of South Africa, will receive his honorary doctorate at SU's March 2018 graduation.