Dr Darren Green’s daily schedule is enough to make anyone’s head spin. This Matie alumnus is a husband, father, medical doctor, singer, inspirational speaker, facilitator and media personality who believes that all of us should do more of what makes us truly happy. 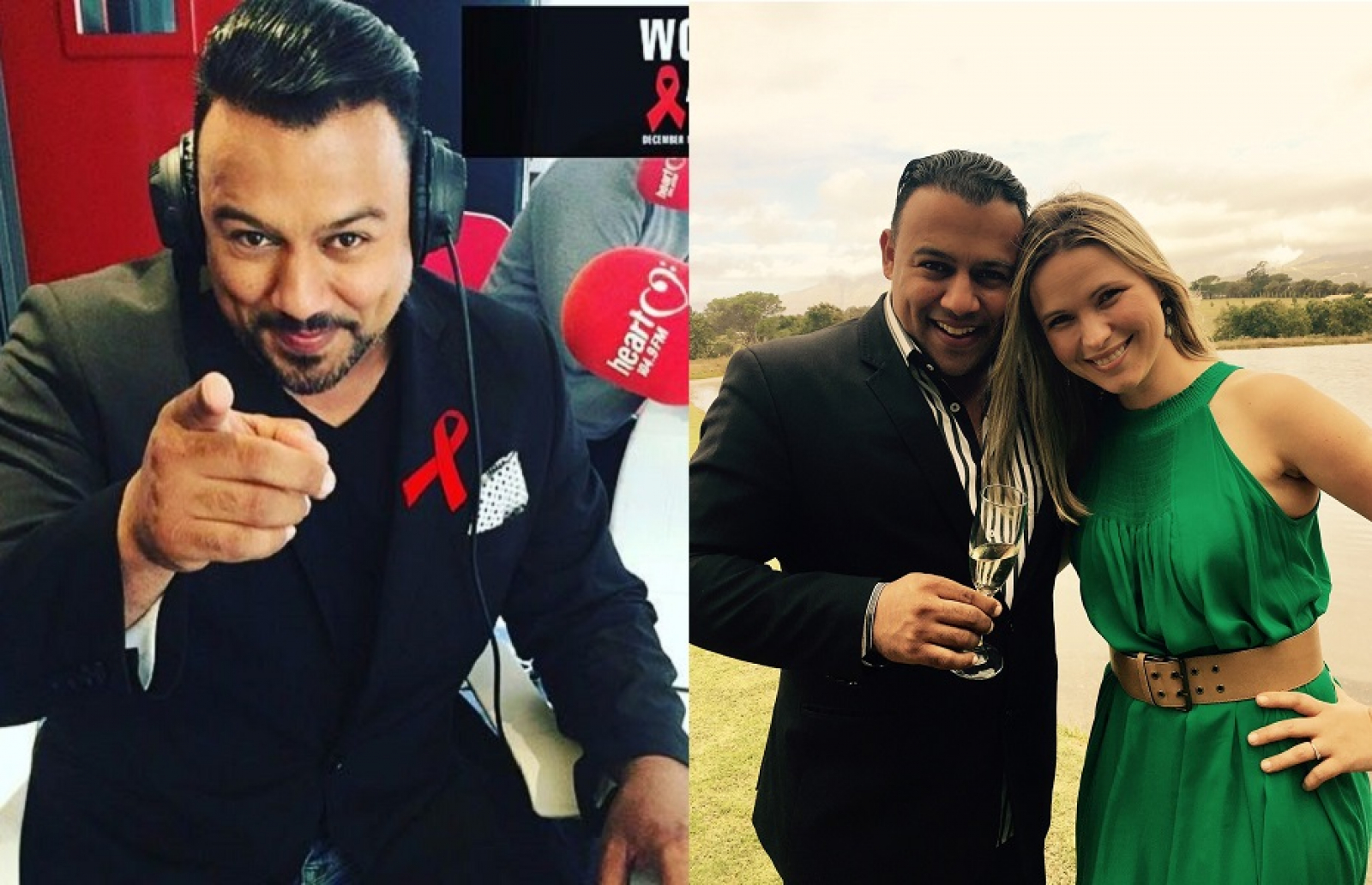 Dr Darren Green (left) at the Heart104.9 FM studios and (right) with his wife, Monique (born Minnaar), who also is a former Matie.

Green says his life is saturated by experiences as a father, corporate speaker and facilitator and media personality on various platforms. The latter include television (as resident health and wellness expert on SABC 3’s Expresso Show) and radio (dishing out a weekly dose of medical advice on Heart104.9 FM and in his medical slot on 567 Cape Talk). Then there is his work for the Mediclinic SA Special Events team: providing medical support to all major sporting calendar events in Cape Town such as the World Rugby Sevens, Cape Epic, Cape Town Cycle Tour, World Triathlon Series, Double Century, and the Two Oceans as well as the Cape Town Marathon.

Away from the spotlight, this all-rounder also makes time to hone his clinical skills. “I maintain my clinical skills by working in emergency medicine at a leading Level 1 polytrauma unit up to three times a week, interspersed with assisting in orthopaedic surgery. I am also accredited by SA Rugby as one of their team doctors for various academies and rugby camps. The remainder of my time is spent on speaking engagements, particularly about the applications of neuroscience in business leadership and high-performance sports.”

He adds: “For me, the foundational values that drive performance are authenticity, sincerity, fairness, teachability and significance.”

Navigating such a hectic schedule in a family-life setting surely takes some effort, so maintaining the work-life balance is important to Green. “Prioritise things that feed your values and belief systems. Learn to set boundaries that preserve your character, and surround yourself with like-minded people. Silence the mind for reflection and expanding the capacity for creativity and innovation.”

Green’s passions in life include a wide variety. “Parenthood is one of the greatest honours I believe life can offer,” he declares, before listing a few more: “performing with a live orchestra (including the Cape Philharmonic Orchestra); facilitating the moment where people learn to tap into their true purpose; graciously remembering people that have helped you grow …” and then, of course, “medicine, media, motivation (neuroscience) and music”.

Despite all his accomplishments, his to-do list is far from done. “I would still like to create global platforms of influence through neuroscience and leadership performance, compose and record more music – especially opera, ballads and big-band, write a book, raise my two amazing boys … and try to reach my matric weight and speed!”

His fondest memories of his time as a Matie include meeting his wife, Monique (born Minnaar), who also is a former Matie. She studied occupational therapy at Stellenbosch University and now specialises in psychiatric OT. “We met at the Faculty of Medicine and Health Sciences at Tygerberg as she strolled across the touch-rugby field outside Hippokrates [the men’s residence] on her way to the photocopying room. After that, the hunt was pursued with calls over the intercom at Huis Francie Van Zijl [the women’s res],” he recalls.

“I also made lifelong friends at university who remain in my life to this day. I remember going for runs on the Bergpad at Coetzenburg, Neelsie sokkies [informal dances] and huisdanse [the residences’ annual formal dance-and-dinner occasions], my first and not last hereksamen [second exam opportunity], singing for Hippo Sêr for four years, the support from SU for Heinz Winckler and myself during the final stages of SA Idols Season 1, and becoming residence head of Hippokrates in my postgraduate years. And then: my firstborn, Daniel, arriving in that period. I spent some of the happiest times of my life at Tygerberg; 10 years in total.”

His message to young South Africans? “So many of us allow ourselves to be defined by the perceptions of others – we live for the approval of other people, and eventually we may become addicted to it. The greatest treasure, however, lies in the journey of self-discovery and self-awareness. For me, the life-defining moment was experiencing the wholeness of authenticity and how that is related to my higher calling. Discovering your skills and god-given talents is not enough. Discipline and vision play integrating roles in our lives.”