Studying at Stellenbosch University (SU) is something of a tradition among one of Namibia’s most illustrious political families, the Mudges. Since Dirk Mudge, who was to become a leading architect of Namibia’s transition to democracy, entered the university’s gates more than 75 years ago, three generations of his family have studied at Maties, including all five of his children and 14 of his 16 grandchildren. 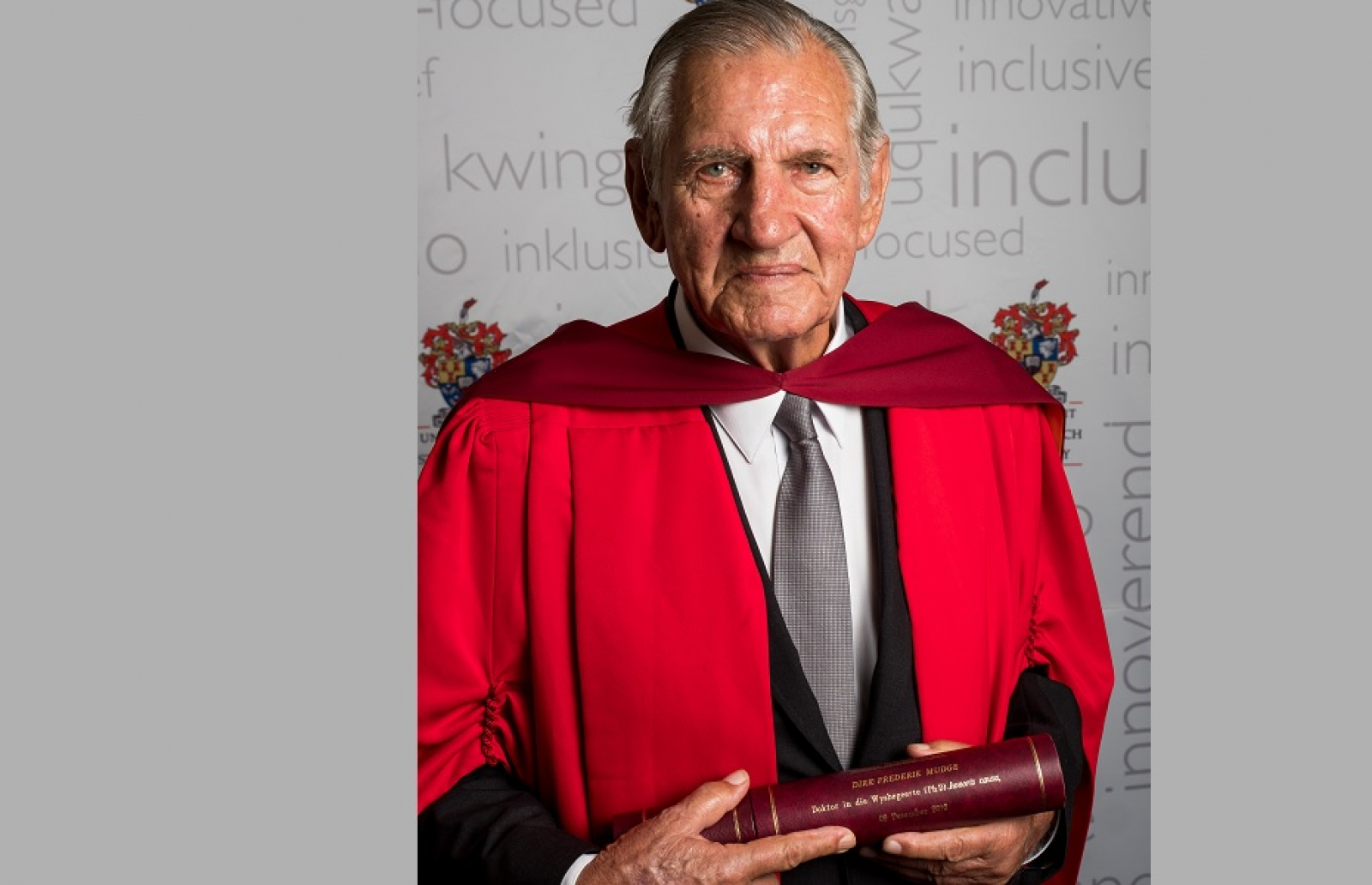 Dirk has been credited as a key peace-broker who facilitated reconciliation between white and black and as one of the main contributors in the drafting of Namibia’s widely acclaimed constitution.

Dirk’s son, Henk, who studied civil engineering at the university, attributed the history of close family ties to Stellenbosch’s unique campus atmosphere; its less cloistered political ethos compared with the historically more conservative university campuses at Bloemfontein, Potchefstroom and Pretoria; and, above all, its status as a world class institution.

Henk described the crucial role played by his father in putting the former South West Africa on the path to independence and the personal difficulties which had to be endured by the Mudge family as a result. “The family suffered a tremendous onslaught from the conservative elements in the country,” he said.

“Since our family has always been politically more liberal in our views, Stellenbosch University was the natural choice,” said Henk, who succeeded his father as leader of the Republican Party, which had been founded by Dirk after he broke from the National Party in the 1970s.

“I believe I speak for all the family members who studied at the university in saying that the most impressive feature was the way in which students from different cultural backgrounds and holding a range of political views respected one another,” said Henk. “This was even more evident in the Wilgenhof residence, where my brother and I, and most of my father’s grandsons were fortunate enough to reside.”

Henk also noted the attraction of the sport culture at Stellenbosch. “Sport has always been in our blood and most of us obviously loved playing rugby,” he said.

In recognition of his role in facilitating the transition to a democratic Namibia and improving human relations there, Dirk, who had originally graduated with a bachelor’s degree in commerce in 1947, was granted an honorary doctorate in philosophy by the University two years ago. This, however, he accepted with a certain reluctance.

“Throughout my political career, my wife always cautioned me not to become guilty of self-glorification,” said Dirk. “But after [I learned why I was receiving] the honorary doctorate [I saw it] as a tremendous honour, even more so because it would be bestowed upon me by the University I was so proud of all my life.”

Reflecting on his conversation with the University’s Rector and Vice-chancellor, Professor Wim de Villiers, when he learned of SU's decision to grant him an honorary degree, Dirk recalled: “I was very relieved and glad to hear that it would be a Doctor of Philosophy, because, throughout my life, I made every effort to obtain as much wisdom as possible.”

Admiration of the University seems to be a family trait. In addition to the beauty of the town of Stellenbosch and of the Western Cape, Henk described, among other attractions, the “wonderful atmosphere” on the campus as one of his abiding memories and an important reason for the institution’s popularity with the Mudge family.

Over the years, the Mudges, as well as the majority of family in-laws, have studied a wide range of subjects at the University, across a full spectrum of humanities and science disciplines. Music, literature, economics, electronics, life sciences, engineering, business, environmental studies, jewellery design and sports science – the variety of the subjects studied reflect the University’s capacity to meet the family’s diverse interests, as well as the family’s evident love of education.

It is a quest that is set to continue. With the last of Dirk’s 16 grandchildren about to complete her master’s in industrial engineering, it is only a matter of time – Henk estimated about eight years – before the first of Dirk’s 21 great grandchildren (and counting) passes through the campus gates.