Forget about all those sci-fi stories... South African rocket scientist and Stellenbosch University (SU) alumnus Jonathan Lun’s plan to mine asteroids in an effort to alleviate the demand for scarce earth metal resources, is the real deal. And he is well on his way to make it a reality 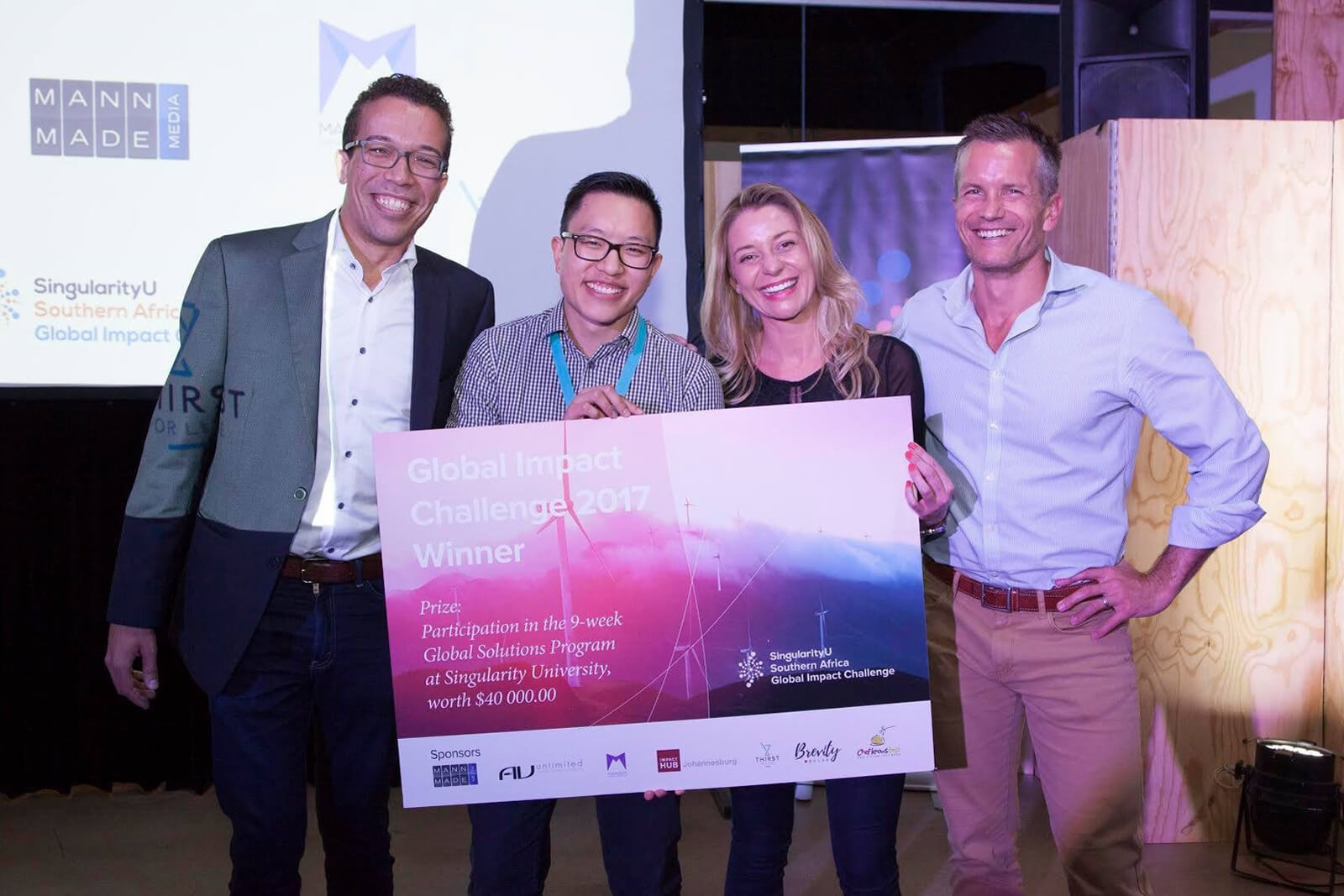 Lun recently won the prestigious Global Impact Challenge (GIC) with his plan to mine asteroids for iron and platinum. This international competition is a series of regional competitions that take place all over the world to find ideas that will impact the lives of a billion people in the next decade and this year’s theme was climate change.

Winners of the GIC are offered to join the nine-week Global Solutions Programme at Singularity University, at NASA's Ames Research Centre in Silicon Valley. The programme exposes participants to the latest exponential and disruptive technologies that can be used to positively transform our world. Singularity’s role is to educate and nurture the next generation to meet the challenges of the 21st century. It is quite difficult to get into the GSP programme, which only accepts roughly 90 people per year.

"I was shocked to discover that the world has only a few decades of reserve left of a variety of metals. We rely on metal for all kinds of things like machines, electronics and tools. Without it, our civilisation would be unable to function. Asteroid mining is the only sustainable way of obtaining new metal resources that we require. However, getting all that material back to planet Earth within reasonable time and cost is not possible with current rocket propulsion technology. My idea solves that by using the asteroid itself as fuel, in this case, metal.”
Lun, who was born and raised in Johannesburg, says he had dreams of a future filled with amazing inventions and space exploration. After studying a degree in mechanical engineering at Wits University, he signed up to be part of the satellite-engineering programme at Stellenbosch University in 2007 and started the initial effort to build one of the first space plasma thrusters in South Africa (thrusters are used to manoeuvre satellites around in space). He received his MSc in Engineering from SU cum laude in 2009.

After a two-year stint in the oil and gas industry, he joined the South African National Space Agency (SANSA) to continue his dream of building space technology. In 2011, he continued the research that he originally started at Stellenbosch and looked at ways to improve the thruster as a PhD at Wits. "In 2013, I was recognised by the International Astronautical Federation (IAF) as an Emerging Space Leader. After my PhD, I moved back to Stellenbosch with my family to work as a senior mechanical engineer at Denel Spaceteq (formerly SunSpace, the university spin-off company that built SUNSAT), where I currently help design Earth science and observation satellites."

He says the idea of using asteroid metal as fuel for an “asteroid mining transportation system” came to him soon after he completed his initial MSc research into vacuum arc plasma thrusters in 2008. “I quietly mulled over it for a few years before deciding to actively learn all I could about this specific rocket propulsion technology. Therefore, I signed up to do a PhD at Wits and built facilities and several prototypes in an effort to improve the current state-of-the-art. Finally, I was able to demonstrate a small hand-sized propulsion system that could be used as a simple rod of iron as fuel to produce an efficient jet of thrust, comparable to the performance of more established satellite propulsion systems. There are still many more technical hurdles to overcome, but the basic technology was proven and showed great potential," he adds.

"I've always had dreams to change the world and use the best of my abilities for the good of humankind. This competition fitted perfectly with my aspirations," says Lun.

“I am passionate about space technology and the inspiration that space exploration provides to be part of something bigger than ourselves. Moreover, I am absolutely thrilled and honoured to get this life-changing experience. The world suddenly feels full of possibility. The support from friends, family and colleagues has been astounding and I hope to make them and South Africa proud."