Maties Sport has much to cheer about

The spotlight fell as much on the fans as the players this year, with Maties Sport launching a drive to encourage #MatiesMVFs (most valued fans) to support their teams when they play at home, writes Pia Nanny. 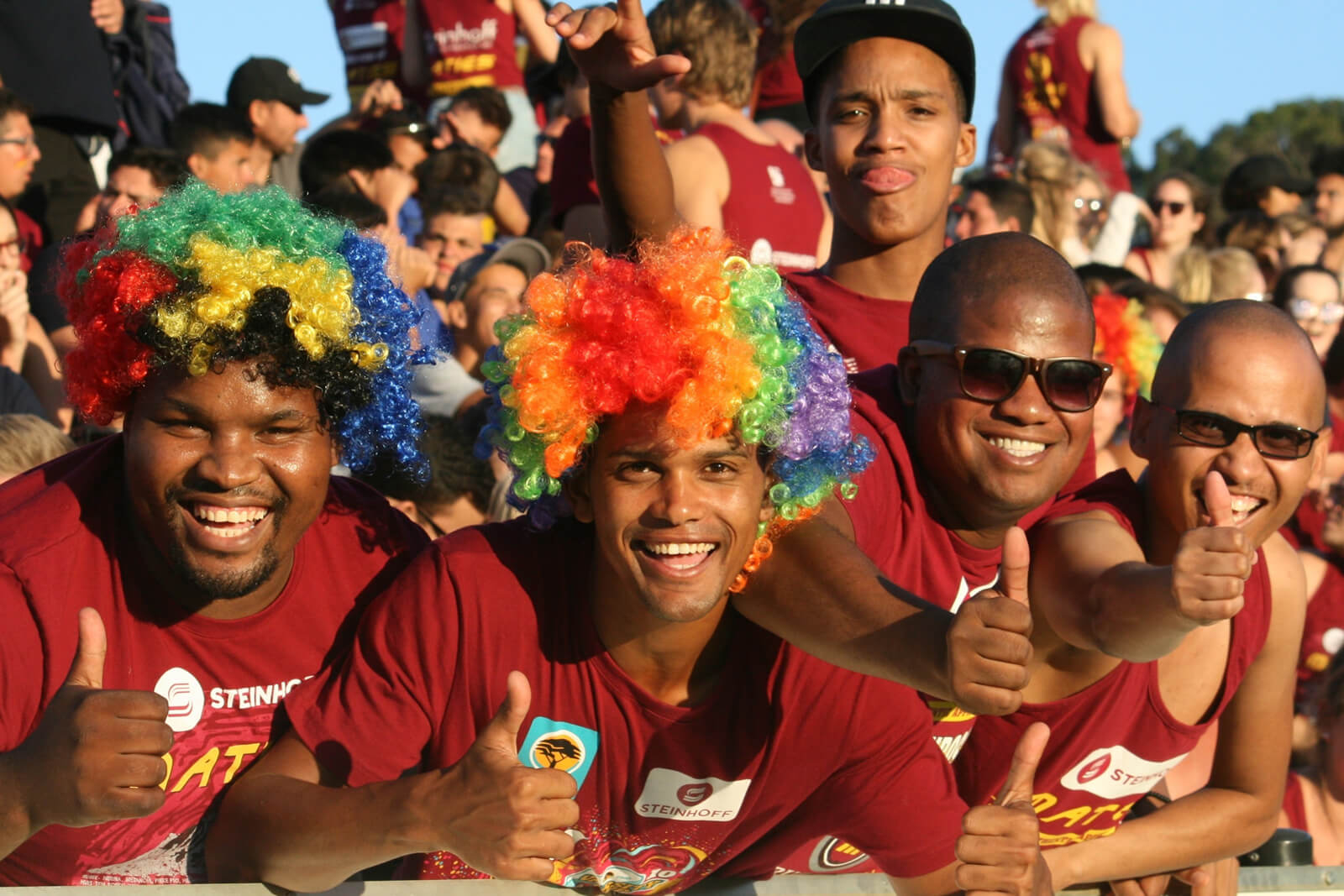 Five of these #MatiesMVFs’ enthusiasm at FNB Maties’ Varsity Cup games attracted so much attention that they received a sponsorship to support their team in the Varsity Cup final against FNB UP-Tuks in Pretoria. After an excellent season, Maties had to settle for second place when Tuks beat them 28-21.

Maties supporters Yaasiem Daniels and Elbré van Rhyn, both Theology students at Stellenbosch University, together with fellow Stellenbosch residents Sydney Pienaar, Dudley McKelly and Danfred Nel form part of a bigger group who, with their colourful wigs and inexhaustible energy, were vocal and visible in their support all through the competition.

These #MatiesMVFs were also spotted at the Varsity Hockey games hosted at Coetzenburg recently.
The Maties Hockey women’s team finished the group stages in second place and beat NWU-Pukke in the semi-final to progress to the final of the Varsity Sports hockey competition, where they lost 1-0 against UP-Tuks.

#MatiesMVFs had much to cheer about in the past few months.

Rector Wim de Villiers personally congratulated the FNB Maties Rugby team on their achievements in the Varsity Cup tournament and thanked them for being excellent ambassador for Stellenbosch University. Maties players walked away with the tournament’s three coveted awards: Captain Craig Barry was named Back that Rocks and captain of the Varsity Cup dream team while Kobus van Dyk was named Forward that Rocks and overall player of the tournament. Ernst van Rhyn was named captain of the South African U20 team to play at the World Rugby U20 Championship in Georgia in June. Van Rhyn is joined in the squad by fellow Matie Wikus Groenewald.

Lauren Billson was selected for the Commonwealth National Protea Lifesaving team, while Maties Water Polo players Lwazi Madi, Nicholas Schooling, Lood Rabie, Jason Evezard and Nicholas Downes (non-travelling reserve) represented SA at the EU Nations Championships in Poland in May.
Maties Cricket emerged as Boland league champions, and then went on to beat two other local clubs in a three-way play-off to advance to the national club championships, where Maties ended third. They also ended third in the Varsity Cricket tournament.

“We are very proud of our student-athletes as well as our fans,” said Ilhaam Groenewald, Chief Director: Maties Sport.

“Maties Sport not only wants to achieve a dominant position within focus sports and develop world-class sportsmen and women but also deliver an excellent university sport experience, and I think we are heading in the right direction.

“I would like to thank everyone – student-athletes, sponsors, partners, university staff and alumni, coaches, medical and sport science support personnel, and all supporters – for making this possible.” 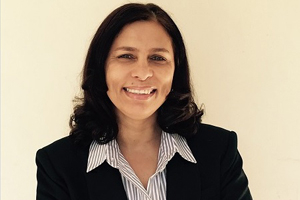 Ilhaam Groenewald, Chief Director: Maties Sport, continues to play a leading role in South African and tertiary sport circles, not only at Stellenbosch University and SARU, but now also as president of the organisation University Sports South Africa (USSA).

Having a strong support team at Maties Sport enables Ilhaam to take on voluntary responsibilities such as these.

She believes that sport has the ability to cut across all boundaries and the power to create an enabling environment which, in turn, creates opportunities for young people.

Her dream for the organisation is that it will contribute towards change and continue to shape conversations in South Africa.

Her message is: “Let us live our dream to strengthen sport in South Africa and Africa.”