“Our graduates are well qualified and they are internationally in demand, our research is innovative and relevant and our impact on society is extensive. All this we do by reaching out inclusively, not by exclusively looking inward," Stellenbosch University (SU) Rector and Vice-Chancellor Prof Wim de Villiers said at the annual meeting of the Convocation. 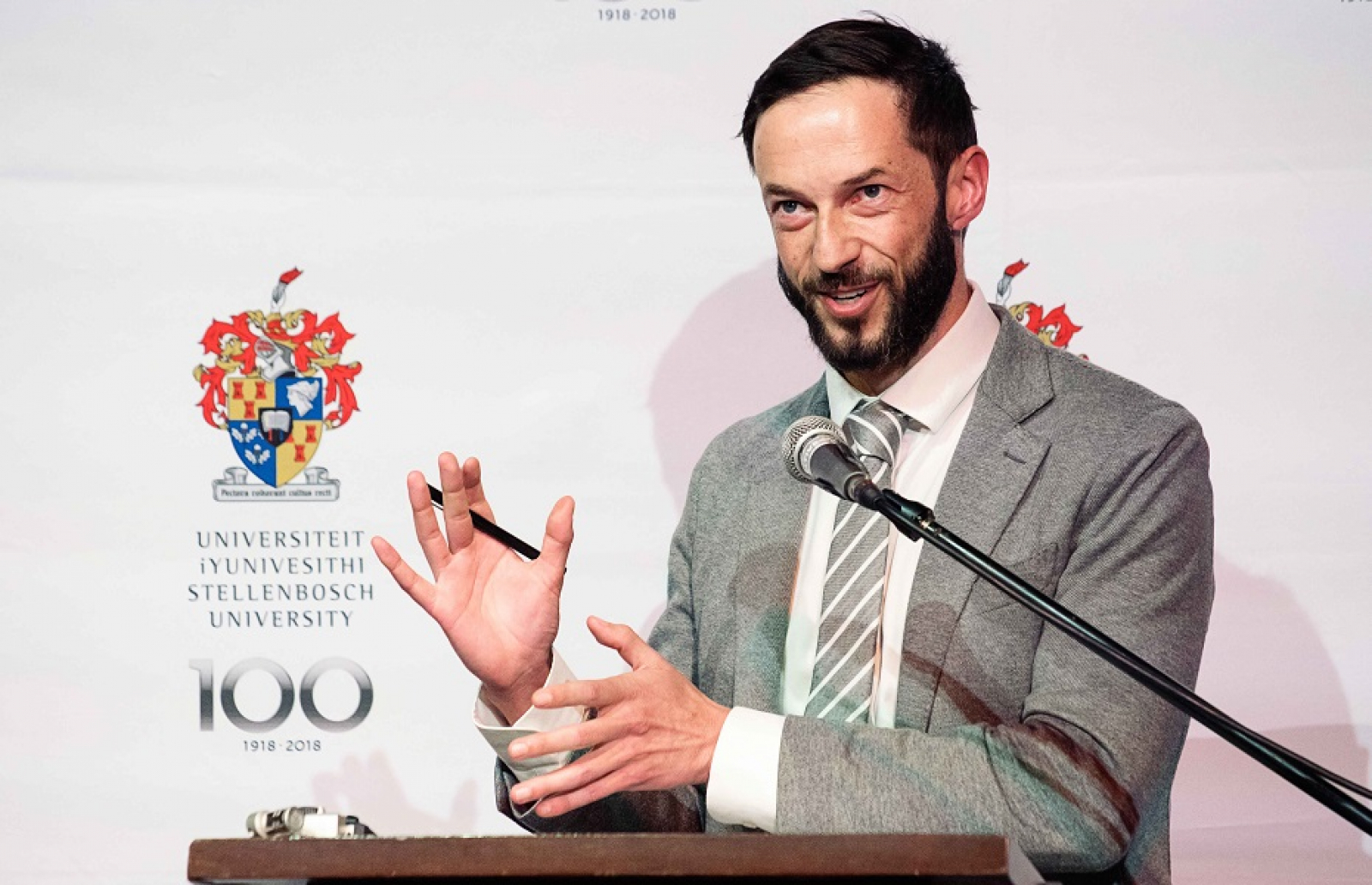 The meeting took place at the Adam Small Theatre Complex, and was attended by 253 members of the Convocation, consisting of alumni and academic staff members of the University. Dr Leslie van Rooi was elected to the position of Vice-President of the Convocation with an overwhelming majority. He is Senior Director: Social Impact and Transformation at SU, and Residence Head of Simonsberg. Esterbeth Singels was elected as an additional member, replacing Michael Jonas.

De Villiers emphasised the University's continued commitment to multilingualism, following last month's unanimously ruling by the Constitutional Court, rejecting Gelyke Kanse's challenge of SU's 2016 Language Policy. The judgement made it clear that the Language Policy was constitutionally justified and that the process followed to adopt it Language Policy was thorough, exhaustive, inclusive and properly deliberative.

"We remain committed to the use of Afrikaans - in conjunction with English - as languages of instruction against the background of inclusivity and multilingualism," De Villiers said.

“As you know, a retired judge has been appointed to investigate a complaint against me that I tried to interfere with the language court case. I welcome the inquiry and look forward to the report that will be delivered to Council. The university will then communicate further on the matter," he added.

The guest speaker, Waldimar Pelser, editor of Rapport, spoke about the current state of South Africa (2019) and how we can ensure it improves by 2029.

He makes the assertion that the future for South Africans is highly uncertain, with Eskom's inability to keep the lights on, government's inaction, rising unemployment and the poor state of the economy being major worries.

Pelser cautions that if this current state of affairs continues, “the economy will not reach its full potential, unemployment will increase, populism will thrive and service delivery will weaken further".

However, he feels there is hope and gives three reasons to support this.

“Crises sometimes release new energy, fosters opposition and it spurs innovation in areas where we do have futures. Secondly, although costly state decay continues, many South Africans still live very good lives. And lastly, the future is very hard to predict, anything can still happen and that is good news."

He concluded by saying that South Africa's future in 2029 will be depend on those that are able to seize opportunities that others fail to see.

President of the Convocation Advocate Jan Heunis used his speech to criticise the University and the Constitutional Court over the Language Policy case. He was part of the Gelyke Kanse application, which was rejected by the Court.

He repeated allegations that the Rector interfered in the case by asking Justice Edwin Cameron to stand for the position of Chancellor, and threatened to resign if the Rector and Chair of Council do not resign, and if the Chancellor is inaugurated.