At the 2019 Media24 Books Literary Prizes bestowed in Cape Town on 13 June – awards which recognise the best work published during the previous year by Media24 book publishers – Gabeba scooped the Elisabeth Eybers Prize for Afrikaans and English poetry for The History of Intimacy, published by Kwela Books.

The judges were impressed by the controlled lyricism and calm maturity of the poems in the collection: “The work depicts the transitions of Baderoon’s world, herself a figure of transit, and does this in a grammar that relies mainly on the strength of its images. It is a book of technical ease and linguistic subtlety of a high order.”

The English Department again had the pleasure of congratulating Prof Gabeba Baderoon on the shortlisting of this poetry collection The History of Intimacy for the 2019 University of Johannesburg Prize, in the Main Prize Category. Read the report by the Johannesburg Review of Books.

The English Department celebrates its Chair’s new poetry collection titled Otherwise Occupied (Dryad Press), launched at Exclusive Books in Cavendish on the 10th April. Sally-Ann Murray’s poetry is described as serious, playful and outrageous. According to the publishers, “Murray draws inspiration from contemporary women’s experimental poetics, inflecting poetry’s familiar inner speech with the sounds and shapes of found materials and engaging cultural noise. In Otherwise Occupied, the poem becomes otherwise under innovative necessity and performative exploration .” These inflections were further explored in a conversation with the poet and critic Joan Hambidge.

Joan Hambidge’s conversation with Sally-Ann offered insights on her process and views on poetry, some of which follow below.
How does she juggle the roles of mother, wife, head of department, academic, poet and novelist? To this, Sally-Ann responded that it would be a mistake to think she could do it all, and added that she honours her creativity by being a list-maker and box-ticker in the pursuit of deadlines.
Does her preference lie more with poetry or with writing novels? Initial aspirations were towards poetry, but she later came to the view that creativity ought to be freed, that intellectual creativity and intellectual rigor are not mutually exclusive.
Influences? Always indirect, but she is mostly influenced by female experimentalists who bring conceptual innovation into play with affective voicing: Anne Carson, Denise Riley, Kathleen Fraser, Lyn Heijinian…
Poetry as testimonial? There is never direct correspondence between the the poem and the poet’s life. Sally-Ann’s poetry reacts to traditional confessional poetry, but she anyway thinks ‘confessional poetry’ is a misnomer.

The conversation also veered to how insomnia can be a perversely regenerative space, during which Sally-Ann performs any number of non-academic activities, including sewing dishcloths out of fabulous fabric, or reading until she sleeps.

R220 000 awarded for one year. Possible extension for a second year, depending on availability of funds, and research outputs.

Scope of Research: The proposed project aims to recover elements of South African women’s life writing, focusing on material in archives and recently published life narratives. Working to overcome restrictive and masculinist interpretative frameworks, the research will contribute to recognising the complexities and diversity of women’s subjectivities and identities in South Africa, past and present. In particular, the project investigates the diverse ways in which female subjectivity is written into varied form by under-explored, marginalised or forgotten South African women. The project also investigates what these existing scholarly responses to these writings reveal about the methods and frameworks employed to reflect on women’s identities, sexualities, and socio-political affiliations, with particular attention to discourses currently defined as lesbian and/or feminist.

Thanks to the English Department’s invitation to take up an international exchange opportunity at the Université Paris-Est Créteil, I am suddenly living about 13km outside Paris. Surreal. Never more so than when I find myself exiting a train station and coming face to face with Notre Dame when I’m actually just on my way to the bank. How everyday life for the locals continues uninterrupted is beyond me – I constantly find myself stopping to snap a photograph of one marvel or another.

Since my arrival, I have also been noticing people, especially those who at some point are likely to have felt, like me, a sense of their foreignness in this space. My landlords in Villeneuve-le-Roi are from Iran. At the épicerie de la Gare down the street from my house, the owner and I exchange broken pleasantries in a mixture of English, French and Arabic. At UPEC I have begun to make friends from all over the world: Lithuania and Bulgaria, Italy and Germany, Algeria, the Ukraine and beyond. Already, I am the richer for the opportunity to be a foreigner in France, to experience the diversity of the country’s inhabitants, their origins, and the languages they speak. I am especially privileged, in my position as exchange student, not to be alone in these experiences. Like many of my classmates, this is my first time living a life abroad.  My learning began the moment I set foot on the plane departing Cape Town and while the curve has sometimes been steep (and my French remains atrocious), this semester abroad will bring horizons I’d never dared imagine. 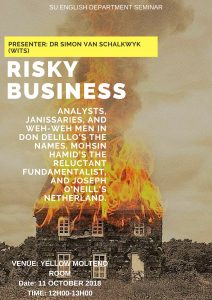 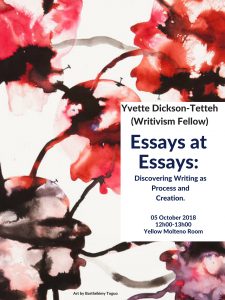 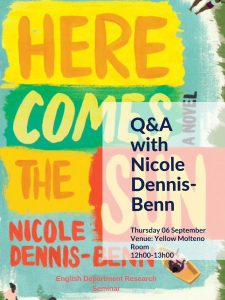