Orthopaedic surgeons at Tygerberg Hospital employ a winning blend of positivity and the latest surgical techniques to transform lives blighted by hip fracture and deformity.

The orthopaedic profile is one of “happy surgeons,” reckons Dr Koos Jordaan, head of the Hip and Knee Arthroplasty Unit at Tygerberg Hospital’s Division of Orthopaedic Surgery.

He believes this positivity arises from the simple satisfaction of “fixing something with your hands”, the healing and regenerative potency of bone tissue itself, and the privilege of witnessing post-operative results where the lame rise up, and walk again.

A surgical game-changer for hip replacement

One major contributor to this upbeat environment has been the advent of cutting-edge surgical developments, such as direct anterior approach arthroplasty, a hip replacement technique in which Jordaan’s unit has trained many South African orthopaedic surgeons.

The broken hip, or neck of femur fracture, has been dubbed the “unsolved” fracture because, while traditional hip replacement surgery has excellent success rates of 95%, over time patient recovery rates fall drastically.

These poor rates are especially pertinent to Tygerberg’s Arthroplasty Unit. In 2017, Stellenbosch University researchers followed patients presenting with hip fracture in Cape Town, Durban and Johannesburg for a year, and found that Tygerberg carries the highest caseload by far.

The research showed that the national trend for elderly arthroplasty patients is that 10% die in hospital; 30% die post-operatively in the first month; 50% in the first year. Those that do well, only regain premorbid function at two years.

There are manifold reasons for this, Jordaan explains: “For an elderly person, who may already have health issues, the stress of falling and fracture is significant, plus being in the strange hospital environment, plus undergoing surgery. Learning to walk on crutches, being told what they can’t do – for example they can’t sit in a low chair or cross their legs – is a further cause of stress. These precautions often worsen fear of falling, which reduces mobility.”

With the direct anterior approach, however, Jordaan and his colleagues see dramatic improvement: On average, patients go home by day four and walk unaided at six weeks.

“We feel we’re contributing to a new era in orthopaedic surgery. No precautions are necessary: Patients can sit or lie in any position they want; we let them walk the next day. This removes much of the fear and they mobilise better.”

Not only ‘old people’s problem’

While hip replacements are generally associated with older patients, in South Africa a significant number of patients under age 55 – regarded as

“very young” in the field – also require arthroplasty. This is the result of widespread poor socio-economic conditions, as well as high rates of trauma, HIV and alcohol abuse, all of which raise the risk for joint problems.

Arthroplasty is considered paediatric when performed on youth under 20. “These patients, typically aged 14 to 20, often have childhood hip conditions that went untreated, or treatment failed because the disease was so severe or was picked up late,” says Jordaan.

“They may present with four or five previous failed surgeries, and are so disabled they’ve dropped out of school or are struggling. It affects their psychosocial development: They are very shy and don’t meet your eyes. Living with chronic pain they become depressed, even suicidal.

“When we operate, we take away their pain, which gives them the chance to start afresh as a young person, doing normal things like walking to school, participating in sports and going to clubs.” 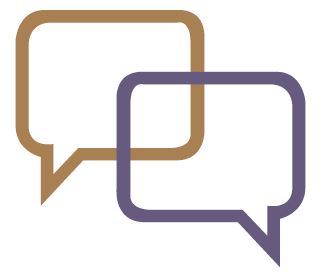 FROM DISABILITY TO JOY:

‘When we operate, we take away their pain, which gives them the chance to start afresh as a young person, doing normal things like walking to school, participating in sports and going to clubs.’ - – Dr Koos Jordaan