Leaves a legacy of care behind 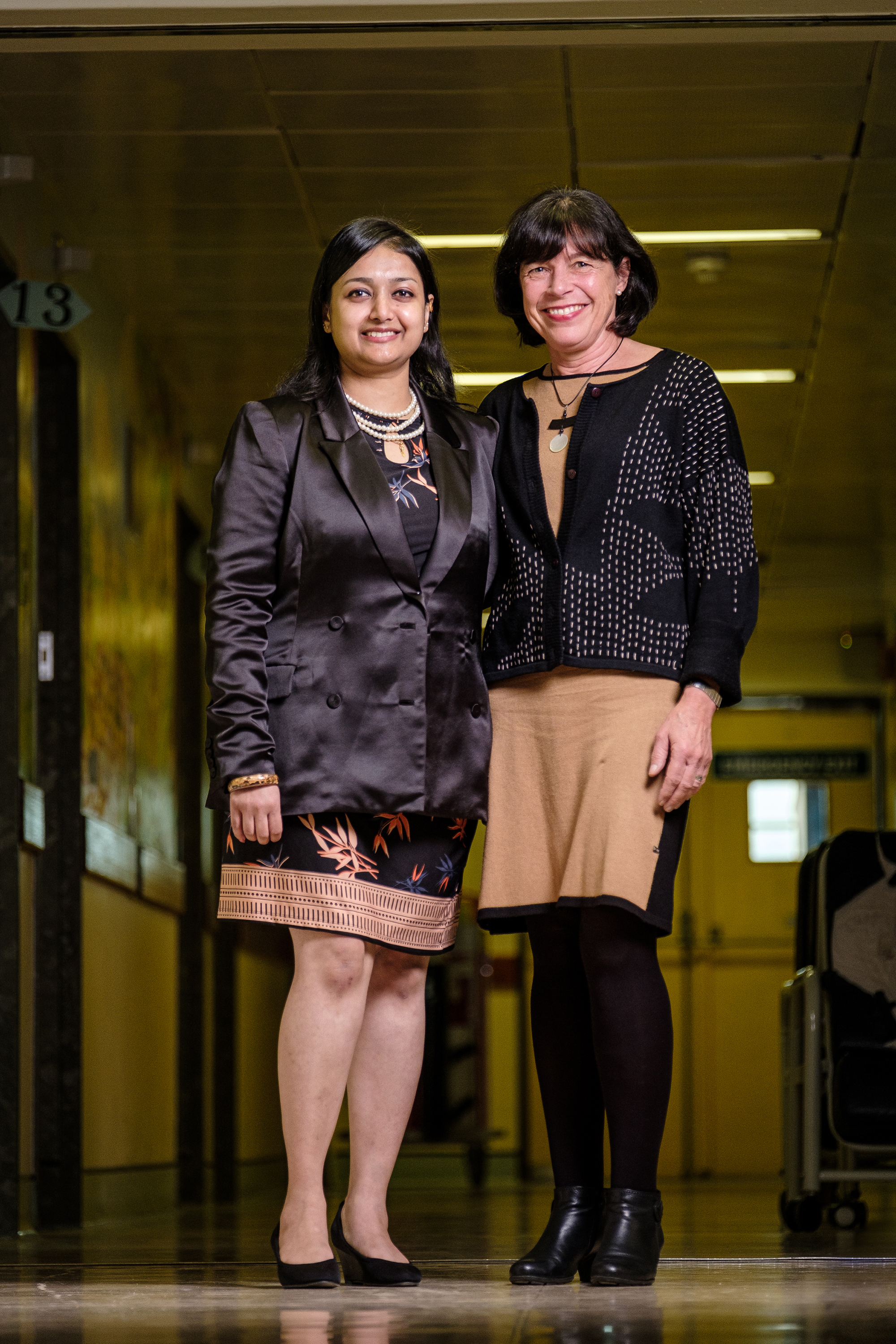 Although Prof Monika Esser, Head of the Immunology Unit of the National Health Laboratory Services (NHLS) at Tygerberg Hospital and Stellenbosch University’s Faculty of Medicine and Health Sciences (FHMS), retired in July 2019, she has no intention of taking things easy.

Her retirement might mean she has more time on her hands, but Esser said she would be keeping busy with medical commitments, including research, freelance work and supporting a range of non-profit organisations.

She will remain working in the Paediatric Rheumatology and Immunology Clinics of the Department of Paediatrics and Child Care in an honorary capacity until the department has enough trained clinicians in those fields.

Esser took up the joint position of Head of the Immunology Unit in the NHLS at Tygerberg and the FMHS in March 2005.

“I am actually a paediatric rheumatologist, but was asked to take over as scientist head of the Immunology Unit, which is part of the Medical Microbiology Department of the Department of Pathology at the hospital.

“It took about three years for me to re-define the position as a clinician scientist, a challenge within the NHLS structure.”

Esser’s position between the laboratory and the clinic enabled her and colleagues to develop translational research, including work with HIV exposed but uninfected infants, a previously unrecognised and rapidly growing special risk paediatric population. This research has expanded internationally.

A further highlight of her years in this position was to further develop the Immune-deficiency Clinic, which she had started, through facilitating research linking immune deficiencies to genetics. For this, the Primary Immuno-deficiency Diseases Genetic Network (PIDDGEN) was established in 2013.

“This is a very exciting part of my more recent work which I support to find genetic reasons for commoner and also rarer immune-deficiencies,” she explained.

Turning to her work with Abraham, Esser said paediatric rheumatology is a relatively new sub-speciality. “I was one of the first in South Africa to become certified in 2009.

“Paediatric rheumatology complaints being fairly common but under recognised, it became clear that this speciality needed to be developed. Children frequently arrived at the clinic after years of suffering or already deformed from their condition.”

While she was running the Paediatric Rheumatology Service, she recognised the need to start training for succession.

“Dee Abraham had been seconded to me from Paediatrics since 2012. She had expressed interest in rheumatology, but then developed an autoimmune disease herself, called systemic lupus erythematosus (SLE). That put any plans for further specialisation on hold.

“I had developed an accredited training programme by then and, with four years until my retirement, suggested she train with me part time.

“We approached the Faculty, Health Professions Council, College of Medicine and the Arthritis Foundation of South Africa to get the green light for Abraham to train over four years instead of two years full-time. Her training started four years ago – and she continues working as a part-time senior lecturer/medical educator for the Faculty.

“She has done us proud and is an absolute asset to the clinic! She is a regular speaker at open days for SLE and arthritis, and portrays the needs of children with autoimmune diseases to the public with compassion originating from her own health setbacks and as a doting mother of two. Abraham will take over the clinic now that I’m retired and I will assist until she has another fellow in training.”

Abraham will also take over the full Paediatric Clinical Rheumatology Service (including clinics, wards and referrals) and will also be involved in clinical immunology.

She will also continue working with the National Registry for Immune-deficiencies, which she has been running for the past 15 years.

One of the non-profit organisations she supports – and will continue to work with – is Hope Cape Town – an HIV outreach project which she chairs.

“In terms of research, I’ve been privileged by my past work exposure to look at the link between the laboratory and the clinical applications of immunology. I hope to assist with translation of further research projects to improve care in the clinic,” she said.

“So I’ll definitely not stop working yet!”

Her retirement means she’ll have more time for fun, including hiking, mountain biking, kayaking and exploring the wild with her husband, three daughters and two grandchildren.

‘Children frequently arrived at the clinic after years of suffering or already deformed from their condition.’ – Prof Monika Esser