USING THE EYES TO PEEK INTO THE HEART

Prof Hans Strijdom’s fascination with the ins and outs of the heart and its associated arteries is of more than just the purely physiological or mechanical kind. He knows that even the slightest change in the inner linings of blood vessels could signal pending heart problems or a stroke – the dual curses of the modern age.

“It’s important to detect changes in the inner lining of people’s blood vessels that could signal possible vascular endothelial dysfunction as early as possible,” he notes when explaining the rationale behind the EndoAfrica study he has been leading since 2015 in the Division of Medical Physiology of the Faculty of Medicine and Health Sciences.

The study is the first to investigate the possible effect of the HI-virus and antiretroviral therapy (ART) on the cardiovascular health of people living with HIV in Sub-Saharan Africa. The effect of air pollution on the region’s people is also investigated.

“Southern Africa is the epicentre of HIV infections in the world, but we know very little about how the virus and its treatment affects the region’s people. Such information could help our local healthcare system to develop guidelines managing cardiovascular health in patients living with HIV.”

Tools of the trade

Cell-based and animal-based experimental models are used, while human studies are also part of

the EndoAfrica package. With a variety of non-invasive techniques, the health status of a cohort of participants in Cape Town and Worcester are being followed.

After years working on vascular disease and endothelial research, Strijdom knows exactly how difficult and often ethically fraught such studies can be. Samples either have to be acquired post mortem, or one has to be satisfied with the results from laboratory-grown cell cultures or blood serum tests.

That’s why he is particularly pleased with the non-invasive tools available to his EndoAfrica team. Ultrasound equipment help them to visualise the large arteries in the body, such as those in the neck.

Strijdom’s laboratory is one of only a few in the country with the expertise to perform retinal micro-vessel research. This is done with a digital retina camera. It allows the research team to scrutinise the size, shape and inner lining of blood vessels as minute as 0,15 millimetres in diameter.

Interpreting the subsequent photographs is made easier thanks to artificial intelligence-enriched software developed by an EndoAfrica partner institution, the Flemish Institute for Technological Research in Belgium.

According to Strijdom, the particular diameter of retinal arteries and retinal veins could indicate hypertension or atherosclerosis. A narrowing of the arteries and widening of the veins could alert practitioners to the possibility that someone could suffer a stroke or heart attack.

About the value of such information, Strijdom muses almost philosophically: “The eyes are the windows to the heart, after all.” 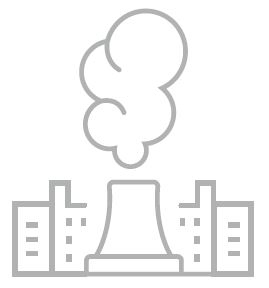 WHAT IS AIR POLLUTION DOING TO CAPETONIANS?

PhD student Frans Everson in 2019 published the first results emanating from the EndoAfrica air pollution study in the International Journal of Environmental Research and Public Health. It provides the first South African data about the growing concern worldwide regarding the impact of air pollution on human health.

Everson’s study participants lived in the Cape metropole, and carried backpacks containing tiny air samplers around for a week. The state of their health was assessed comprehensively, using the range of techniques and non-invasive tools available to the EndoAfrica group.

Everson and his collaborators found a link between how much nitrogen dioxide participants breathed in at work and at home, and their chances of developing higher blood pressure. These levels influenced the sheer dimensions of their arteries and increases their risk of developing atherosclerosis, when plaque such as cholesterol builds up along artery walls.

Everson says the findings provide food for thought: “Even though Cape Town experiences much lower levels of air pollution compared to many other major cities in the world, it was still enough to increase the risk of heart disease of women living in the Mother City.”

Nitrogen dioxide is one of the many harmful substances released into the air when fossil fuels such as petrol, diesel and coal are burnt.