XX MAKES THE DIFFERENCE WITH TB

Why are twice as many men as women worldwide treated for tuberculosis (TB)? Is it simply because Adams have more access to medical advice than Eves? Do they more often find themselves in precarious situations where they might get infected?

That’s not the full picture, says Dr Haiko Schurz, a postdoctoral fellow in the Division of Molecular Biology and Human Genetics of the Faculty of Medicine and Health Sciences (FMHS) at Stellenbosch University. His studies have shown that their genetic make-up make men more prone to TB as well.

“Sex specific and population specific effects are real when it comes to TB,” states Schurz, who was commended for his recent PhD work with the FMHS’s 2019 HD Brede Award for tuberculosis research.

Schultz delved into X chromosome data of populations from Russia, Ghana, China, South Africa and some European countries, available through the International TB Host Genetic Consortium (ITHGC). His is the first large-scale study providing evidence for very significant genetic differences between males and females that influence their risk to develop TB. He was the first to pinpoint specific variants on the X chromosome influencing TB susceptibility by considering the full chromosome. Schurtz also developed analytical methods to do quality control and association testing of X-linked data.

“A very significant difference in men’s and women’s susceptibility to contracting TB is found across all the populations sampled,” highlights Schurz.

However, he says that the specific gene variants in play among the different populations are not identical: “It depends on the environment, the strain of mycobacteria prevalent in a country, and environmental and social factors such as diets, pollution and smoking habits. Certain genes and variants have been selected and favoured over time, leaving some populations more resistant and others more susceptible to TB.”

Schurz’ results, published in journals such as Human Genomics and Frontiers in Genetics, are giving TB researchers food for thought about how to conduct studies. He says that pooling male and female samples together is not the way to go when investigating sex-specific genetic differences.

“You miss so much information when you combine data from men and women,” he explains. “There might for instance be genetic variants that is protective in women, but detrimental in men. It becomes a sort of opposing force in the two sexes. If analysed together, the opposing forces balances out, and the effect of the gene is watered down.”

Schurz would like to see medicines that target men and women differently, with dosages being adjusted based on a person’s sex.

“This will hopefully lead to better treatment outcomes with fewer side effects to patients,” says Schurz, who is taking his research further thanks to a Claude Leon fellowship. He is still delving through the ITHGC X database to find out how much TB susceptibility is transferred on the X chromosome and is therefore hereditary. 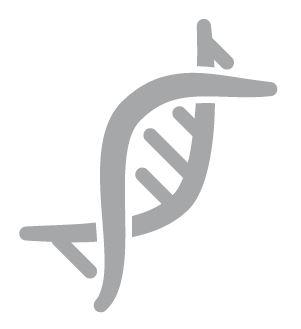 The X sex chromosome (of which women have two and men only one) contains nearly 200 known genes that are involved in the immune system.

It is said to be one of the reasons why women seem to have a more robust immune system.

‘A very significant difference in men’s and women’s susceptibility to contracting TB is found across all the populations sampled.’ – Dr Haiko Schurz