Philip* was born without bones in his right foot. At age three he underwent an operation to remove his leg below the knee. In September 2019, after years of using government-issued prosthetics, Philip (then 16), was one of eight kids who received a new prosthesis courtesy of a donation by Össur, a company that manufactures orthopaedic equipment. It formed part of a collaborative study between the Faculty of Medicine and Health Sciences’ Department of Sport Science, Division of Orthopaedic Surgery and Institute of Sport and Exercise Medicine (ISEM).

The aim of the study was to assess the short- and long-term effect of a new active prosthesis on the physical activity and wellbeing of children of a middle to low social economic status (SES), explains Prof Rob Lamberts from the Division of Orthopaedic Surgery and ISEM. He is Gemma Haywood’s main supervisor and she is conducting this study for her MSc degree in sport science. 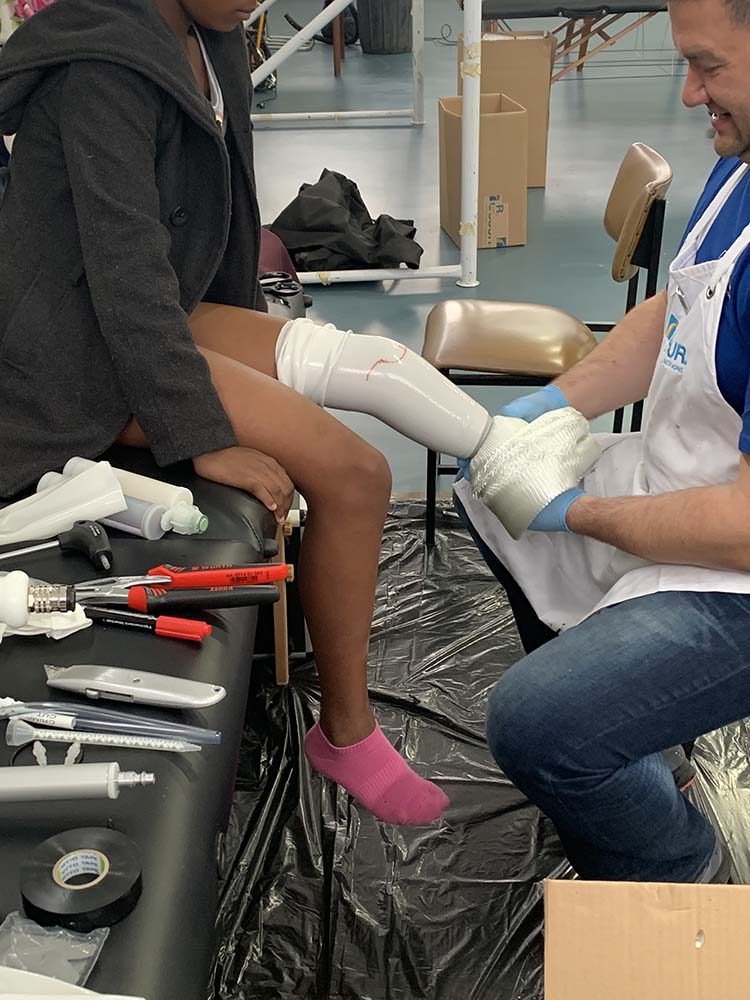 The recipients, all with a unilateral below-knee (transtibial) amputation, were recruited from the Western Cape Centre for Orthotics and Prosthetics – a government institution that provides a wide range of individuals with orthotics. They underwent five physical performance tests that assessed balance, gait patterns, maximal walking or running speed and climbing stairs. They also completed a questionnaire that assessed the psychosocial well-being of each participant, says Haywood.

ISEM’s Dr Suzanne Ferreira, a highly regarded Paralympic coach and trainer and Haywood’s co-supervisor, explains that all participants were previously using a solid ankle, cushioned heel (SACH) foot, which has limited mobility and sensory feedback. It also hampers physical activity as the foundation is quite solid, which makes the motion of rolling over the foot difficult.

According to Lamberts, children are generally highly active and therefore a prosthesis that assists intermittent bouts of energy is best suited. “However, these high-activity feet are often very expensive and not always accessible to children who come from a low SES background. With the correct prosthesis, it will be difficult to notice differences between the amputee and an able child, because the most recent technology matches the sound leg so well. “Furthermore, if a child has the correct limb growing up, there will be fewer other complications, like knee or hip problems, that often come around later in life if appropriate care has not been applied.”

After close to a year since the children received their new legs, most of the younger children involved in the study grew out of their prostheses due to natural growth. The Western Cape Centre for Orthotics and Prosthetics tried to prolong the wearing of their new prostheses by just replacing the socket in the meantime. The estimated value of Össur’s donation for the components for this study amounted to R250 000. The cost of an active below-knee prosthetic solution varies from R60 000 to R120 000.

“Based on our clinical observations, we know that after a short period of getting used to the new prosthesis, children enjoy an improved quality of life as it is easier to move around, play and interact with other children in the neighbourhood. This generally leads to the development of an improved self-esteem and confidence, as the new high-tech foot has enabled a greater performance base across all fields and the prosthesis does not limit the child in any way,” says Ferreira. 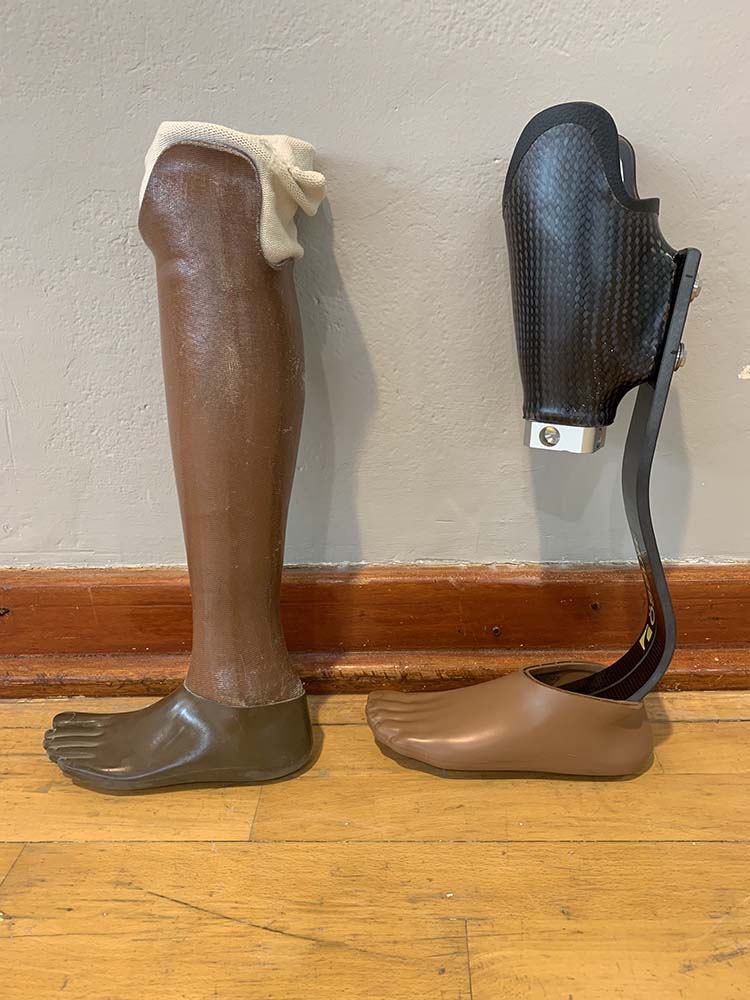 Based on this clinical knowledge, Haywood’s study aims to determine the short-term (4 weeks) and long-term (6 months) effect of the new prosthesis. However, the Covid-19 pandemic has not allowed the researchers to collect the six months followup data. Based on the development of the pandemic and the growth of the children, potentially outgrowing their prostheses, they are aiming to collect one-year follow-up data.

According to Ferreira the experience of physical activity, exercise or sport as a child has a significant impact on how you perceive it as an adult. “The psychological and holistic experience of these activities as a child will impact their life choices. Being able to exercise and not be limited by your prosthetic leg, means being able to integrate more socially and being able to maintain a healthy lifestyle. Therefore it has benefits from a health perspective as well as a social integration point of view,” adds Lambert.

This is reiterated by Philip’s father: “The prosthetic has changed him with regards to living a more active lifestyle. He exercises and will go for a quick run in the evening. His confidence has improved a lot. He’s more open as a person than he was before, and his stance and walking is different.”

“The outcomes in the long term is that we can hopefully add value to the decisionmaking process on what prosthetic solution children will choose that will be best suited for them holistically.”

*not his real name

‘With the correct prosthesis, it will be difficult to notice differences between the amputee and an able child, because the most recent technology matches the sound leg so well.’ – Prof Rob Lamberts