About - Our International Networks and affiliations 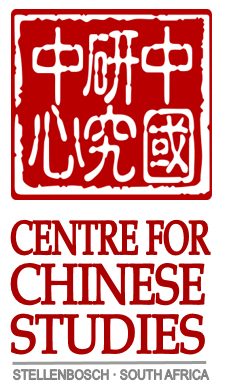 The Centre for Chinese Studies (CCS), at Stellenbosch University, serves as the most prominent and high quality point of reference for the study of China and East Asia on the African continent. Our policy-relevant analysis is non-partisan and based on academic standards. The Centre also conducts relevant commissioned analysis of China-related research for government, business, academia and NGO communities. Our main research vocation is exploring the drivers of and trends in China’s engagement  with Africa.

Research focus
Interactions between China and countries and societies on the African continent have become increasingly complex, involving a variety of actors and having direct and indirect effects on Africa’s economic, social and political development. Covering China’s interaction with and effects on the entire African continent, we conduct research research in three thematic areas:

Our work in all thematic strands comprise of case study analysis and the analysis of trends and debates. We are committed to providing open access to our publications.

Partnerships
The Centre for Chinese Studies also maintains close ties to the Confucius Institute at Stellenbosch University,  the first of its kind in South Africa, housed in Stellenbosch University International. The Centre also has co-operative linkages with key universities and institutions in China, pursuing both research collaboration and academic exchanges, including:
Ten years of quality research
The Centre for Chinese Studies originated from a joint undertaking between the governments of South Africa and the People’s Republic of China, as agreed to at the South Africa-Chinese Bi-national Commission held in June 2004. From its inception the CCS has been active in China and China-Africa research. Between 2005 and 2009 the CCS acted as an incubator for the Confucius Institute at Stellenbosch University. Since 2010 the CCS has exclusively focussed on research and analysis with a special interest in the areas of politics, economics and environmental studies. Ten years after its foundation, the CCS continues to provide an academic platform in Africa for the study of China, and East-Asia more broadly.