The Unit for Community Music is a project whereby the musical training implemented by community groups is supplemented through Community Interaction (CI) initiatives such as the Certificate Programmes in Music Literacy, Service learning etc., and to broaden access to tertiary music studies at Stellenbosch University.

The vision of the Unit for Community Music is to provide a music programme that caters for those who have little or no access to formal music education. Community musicians can enhance their music literacy skills, and students who wish to continue with higher education can advance their musical and academic competencies, which increases their chance of gaining access to tertiary music study.

The mission of the Unit for Community Music is multi-faceted and encompasses the following:

Programmes offered include the Introductory, Intermediate (offered on two levels, one an accelerated programme) and the Advanced Certificate in Music Literacy. The Certificate Programmes are currently available to all who wish to upgrade their musical skills, whether it be to enhance community music or as preparation for access to tertiary music study. 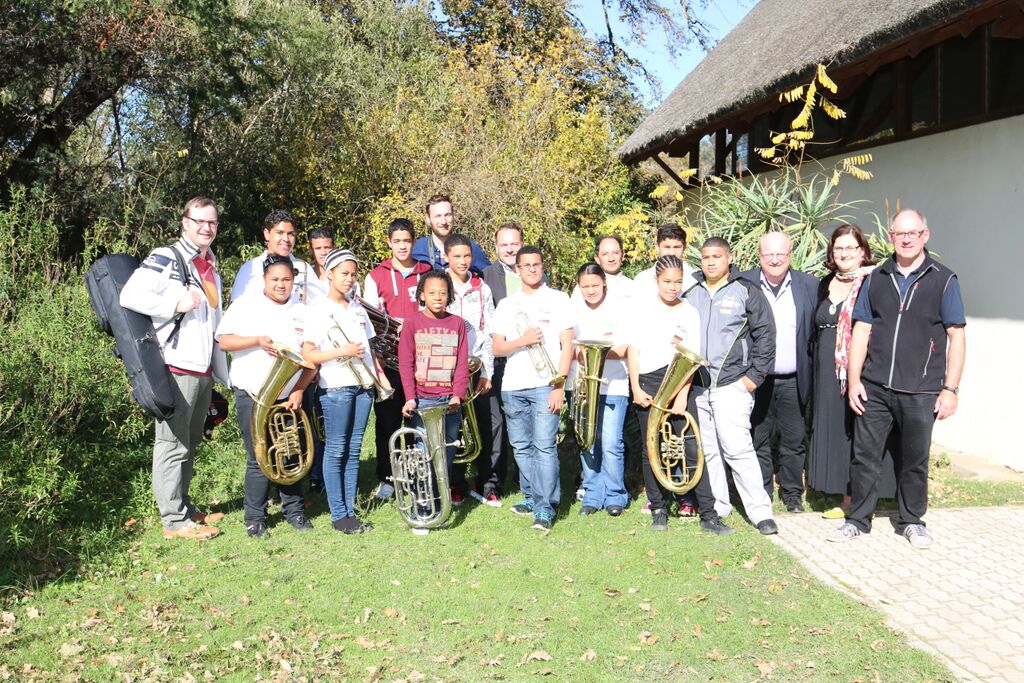 The Certificate Programmes in Music Literacy were established by the former Head of Department, Professor Hans Roosenschoon and the Head of Music Education at the time, Associate-Professor Ria Smit, to provide access to formal music education to historically disadvantaged learners. The late Albert Engel, former brass lecturer in the Music Department, was responsible for the significant expansion of this programme in the community. Satellite campuses were established in Caledon (2002), under Stefne van Dyk and at the SA Army Band, Cape Town (2005), the latter in partnership with the South African National Defence Force (SANDF), a collaboration initiated, in its formative stages, by Prof Hans Roosenschoon, Sergeant-Major Jack Simpson and Pamela Kierman, brass lecturer in the Department since 2004.

Felicia Lesch was appointed as co-ordinator of the CP in 2006 and her extensive contribution has established this programme as the most significant programme of its kind at higher education institutions in South Africa. Under her leadership and guidance the programme has  drawn students from across South Africa, the SADC countries and affiliates (Namibia, Botswana, Congo-Brazzaville, Zambia, Swaziland, Rwanda etc.) and graduates from the CP are employed in all spheres of the South African music industry. Her long time involvement in jazz education was the catalyst for the introduction of a jazz component to the programme and led to the establishment of the highly-acclaimed University of Stellenbosch Jazz Band.

The Rural Engagement Programme was initiated in the Overberg in 2008, in response to a request by the Western Cape Department of Cultural Affairs and Sport, to address the need for music education in rural areas. The Overberg Koperblaas Onwikkelings Inisiatief (OKOSI) was established as a result. Currently the number of community partners has expanded to include the Ronnie Samaai Project (Kuilsriver), the Athlone Academy of Music (Athlone), Vlottenburg Music Project (Vlottenburg), Rural Arts Network (Grabouw) and MPAMA (Mitchell’s Plain).

A Service-Learning module was introduced into the Music Department in 2009 and the Certificate Programme became one of the community partners in which music students complete the community service component of this course.  In 2014, Felicia Lesch, together with the Head of Choral Conducting, Martin Berger, established the CP Choral Academy, which trains aspiring choir conductors who work with community choirs in the Western Cape. In 2015, the Certificate Programme Brass Quintet was established, which had its debut performance at the 2015 Stellenbosch International Chamber Music Festival.  In 2013 the Centre for Music was established, which incorporates all Social Impact initiatives of the Music Department, such as the CP in Music Literacy, Service Learning (Community Service Learning component), CP Ensembles (US Jazz Band, CP Brass Quintet) etc.