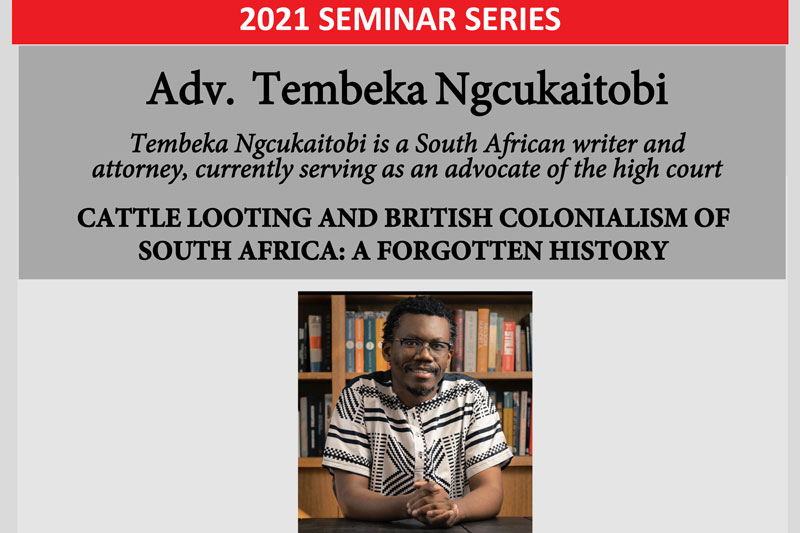 The story of land dispossession in South Africa will never be complete without an understanding of the loss of cattle of indigenous people. Cattle, more than land, were a visible sign of wealth among them. Unlike land, cattle could be privately owned and sold. Customary practices were performed by exchanging or slaughtering cattle. Cattle were used in plough-fields, as means to transport people and goods and as a source of food. What has thus far been understudied in the histories of the British Empire in South Africa are the ways in which the Empire deliberately and systematically sought to dispossess Africans of cattle, which induced mass starvation and dependence on the colonial wage economy. Centuries after the British first engaged in systematic looting of African cattle, the consequences continue to be felt by current generations. This lecture is intended to trace this neglected aspect of history and how it led to the disintegration of self-sufficient African communities.