Complex societal challenges require a transdisciplinary approach, bringing together a range of scientific disciplines, as well as enabling both science and society to co-produce the knowledge necessary for undertaking transition at multiple scales. This research theme will establish how transdisciplinary approaches differ from current modes of research, and can more effectively advance understanding about complex systems transitions that facilitate social change.

Calls for transformative adaptation to climate change require attention to the type of capacity building that can support it. Community-level capacity building can help to ensure ownership and legitimacy of longer-term interventions. Given that marginalized communities are highly vulnerable to climate risk, it is important to build their capacity to adapt locally and to integrate their perspectives into higher level adaptation measures.

Water Stories is a website that shares different stories of Cape Town’s water, designed to communicate the work of those who are endeavouring to restore life and health to oceans, rivers, aquifers, streams and vleis (note to non-Saffers: “vleis” is South Africanese for wetlands and lakes; the singular is vlei). Highlighting the work of citizens, community organisations and scientists involved in water research and cleanups, Water Stories dives in to Cape Town’s water flows from a central map from where readers can find information and stories about Cape Town’s water spaces.

Making sense of a water crisis

This video documentary tells the story of how community activists and researchers came together to address water problems in a city stuck by severe drought. In 2018, Cape Town was on track to become the first major city in the world to run out of water due to the “Day Zero” water crisis, now considered to be greatly exacerbated by climate change. With one of the highest levels of inequality in the world, the way such a climate shock will impact people in South Africa varies greatly. As Mama Dondi, one of the activists in the documentary puts it, “those who do not have much are now much more vulnerable than the ones who have more in their pockets.”

Explore transdisciplinary research and the three phases of the Sensemaker process further by viewing these videos:

Turning data and learning into stories

Click here for more information on research into Entrepreneurship in Africa. 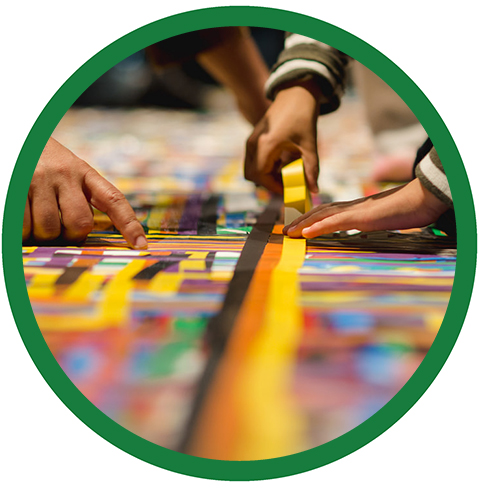