'I took the road less travelled'

“I took the road less travelled. As a coloured woman working in an industry where there are hardly any women of colour, but also considering our country's history with the wine industry and alcohol dependency amongst some communities, I took the road less travelled by following this path. When I started in this industry, my mom wasn't very happy with me, because this wasn't the field you studied in." 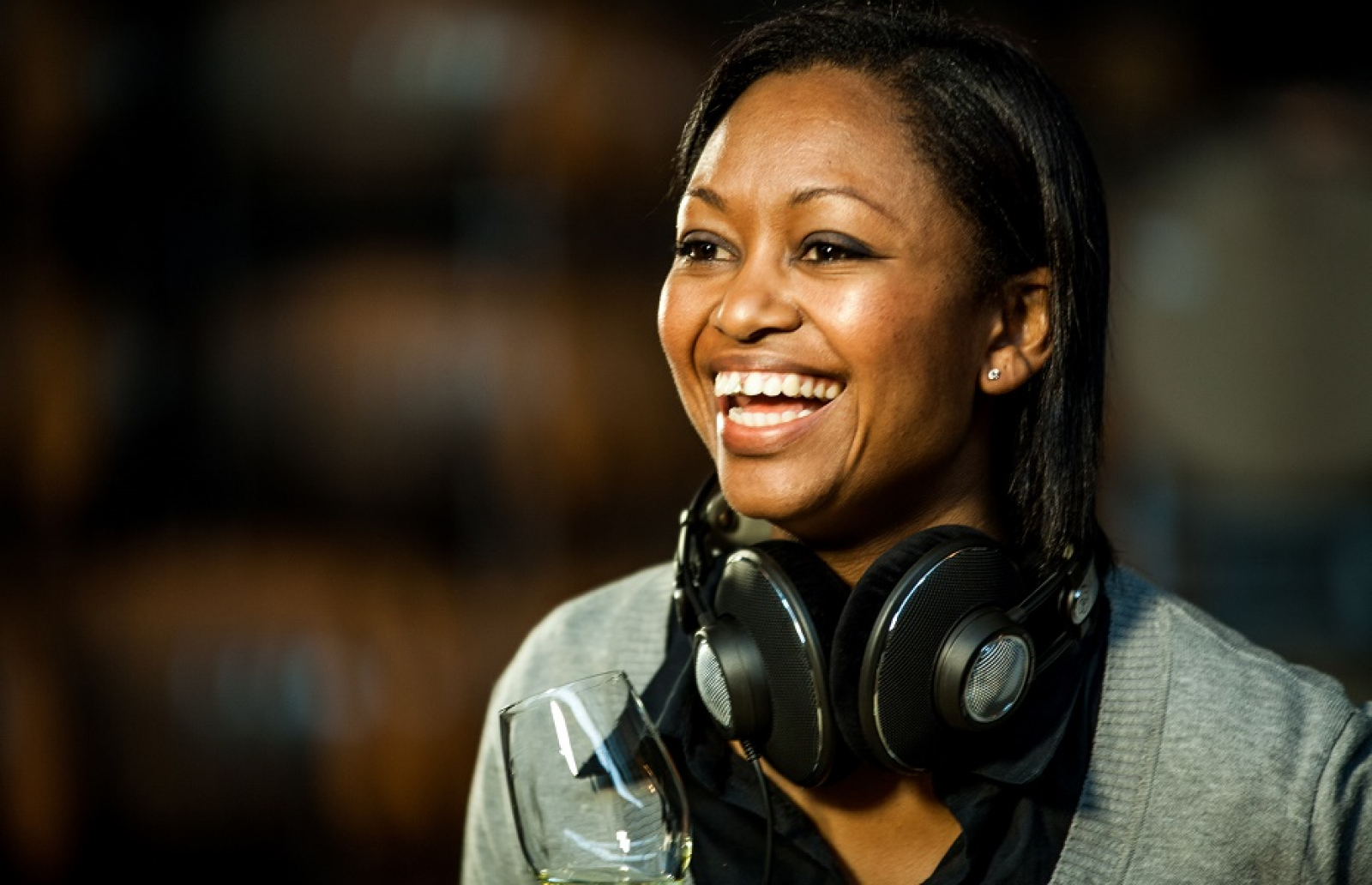 These were the words of Natasha Boks, a Faculty of AgriSciences' alumnus, former winemaker and businesswoman, at the third Careers Café held recently. The TedTalk-styled talk series was launched in 2016 by the Alumni Relations Office to provide a platform for alumni to engage with the university in a different manner by offering their time and skills to help current students prepare for the careers they want. At the same time, undergraduate and postgraduate students are exposed to a diverse group of alumni who have pursued different careers and faced various challenges along the way to build a successful career.

During her talk, Boks shared some of the important things she learned in her life and career journey that inspired her to finally open up her own businesses – one focused on the wine production industry in South Africa and the other on wine exports and distribution in the rest of Africa.

“I think that finding your own success is linked to understanding your uniqueness," she said.

This, added Boks, required one to be authentic and to make choices for your life and your career based on the things that you value.

“Ask yourself, why am I competing and for who and for what. You have to become your own standard and know your worth and what you have to offer."

Knowing who you are, said Boks, requires you to choose your own path.

“When I look at my journey at Nederburg, yes we won a lot of awards and we were great as a team, but I realised that when you don't know who you are, you are always going to compete with other people. The life you choose for yourself, should be yours. I can understand the pressure that people experience, especially with social media, but always choose your own path."

This lesson, said Boks, is something she learnt when she accepted a job as head winemaker at Nederburg Wine Estate, one of the most awarded wine estates in South Africa.

“I was the head winemaker and I needed to make sure that we still made quality Nederburg wines that would win awards under my leadership. But the question was, did I have to be like everyone else to do that?"

“People will have an opinion about you, but when they give you their opinion, you have to ask: Who is the person giving the opinion? Is the person giving you the advice someone you trust and see as a role model? If you don't, just listen to the comment and move on."

This, she added, is very important, especially when you fail. It has also been vital in helping her build her own businesses.

“When it comes to business, you need to know who you are, because if you don't other people will impose their vision or plan unto you and this may take you off the path you need to take. You are going to fail, you are going to cry and you are going to swear at yourself and ask, 'why did I leave a comfortable safe job?', but one thing I can tell you, you are going to be happy and be fulfilled if you follow your passion and purpose. Yes, it is hard work, but you are going to be satisfied with your choices and at peace with it if you understand that only you are responsible for where you end up in life."

Knowing her worth, said Boks, is another reason that she has never had to search for a job in her life. By knowing her worth and by demonstrating the value she added through the work she performed at the companies she worked at, Boks secured positions as assistant winemaker and head winemaker at various companies. However, it was the companies that approached her instead of the other way around.

She encouraged students to also push themselves beyond their limits and to evaluate their goals on a monthly, half-year and yearly basis.

“Give yourself a timeline and start doing something about the goals you set out for yourself. A piece of paper with your goals will only tell you what you want to do and should do, but it won't make you do it. Take action in what you want to achieve in your life and be careful of complacency."

And, while Boks encouraged the students to work hard to reach their goals, she told them to also ensure that they always create balance in their life. This, she said, was a key lesson she learnt when in June 2017 she suffered physical burnout and a near heart attack.

“Before I resigned from Distell in July 2017, I already knew it was time to get out of the corporate environment and do my own thing. I was working at Distell and I had a mentor in the company and I was satisfied with how things were progressing. But, in the first week of June 2017 I had a burnout," she said.

“I remember that morning well. My husband went to work quite early. I went to shower and I got this really bad pain in my chest. The moment I stepped out of the shower, I collapsed. I was lying on the bathroom floor and I was still aware of where I was, but the pain in my chest was so bad I could not get to my phone, but yet, the first thing I thought as I was lying there was, I need to get to work."

“I called my husband and when he did not pick up, I called a friend. As soon as she calmed me down, I put on my clothes and I went to work. I told my assistant this is what you have to do for the day and then I drove myself to the hospital."

Boks was taken up immediately. She was only 35, but a muscle in her heart had become inflamed, putting her at high risk of suffering a heart attack that morning.

“I knew that there had to be something wrong with me, because no one in their right mind, who is near to having a heart attack will drive to work first and then drive themselves to hospital."

“It was time to ask myself, where are you going? And that is the day that I told myself – I am choosing me, I am no longer going to push myself like this. So I started exercising, I started looking at what I ate and I made a choice to start my own businesses."

She adds, however, that the decision was not driven by disillusionment with the company she worked for, but the realisation that she had made the contributions she wished to make at Distell and that it was time to take on a new challenge.

While Boks believes that it is important to have balance and value oneself, she told the students that it was equally important to value other people and the contributions they make.

“Make sure that if you have people reporting to you that those people always feel valued and that they understand the value they bring to the table."

To demonstrate this point, she told the students a story about a co-worker who had worked at Distell for 20 years, but had never been given the opportunity to participate in a wine tasting event before, something he really felt he wanted to develop more. When she offered the opportunity to the worker to participate in one of the wine industry's well-known wine tasting events, he was reluctant to participate. After much convincing, he agreed to accompany her to the event.

“I took him over to a few of the other stands at the event and he started talking to people and in that moment he realized just how much he knew about winemaking. He had worked at Distell for 20 years and had never had such an opportunity. Open up the platforms that were given to you to other people so that they can also grow. Sometimes we forget that we are better off than others, so when you can, give someone else the opportunity to get to where they want to be."