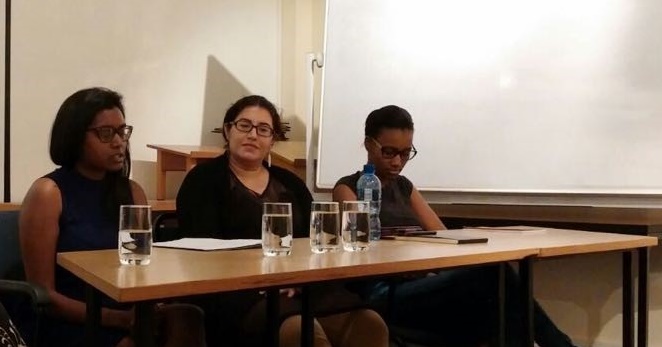 The English Department hosts a number of regular  seminars, given by staff and associates, visiting speakers, or graduate students. Seminars address an expansive variety of literary-cultural subjects.

Public research seminars are generally held on Thursdays between 12 and 1pm. These will be advertised on the website, and on SU noticeboards. (See list below, for examples of past presentations.)

Closed, department-only seminars are held on 4 scheduled Thursdays per term (advertised internally). This recent innovation allows staff, associates and senior students to present work-in-progress, linked to one’s research autobiography.  What are you currently researching? How did you arrive at this focus? What are the challenges? How can you overcome them? 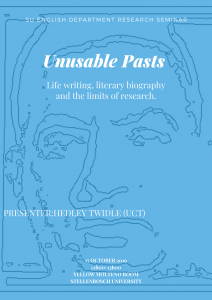 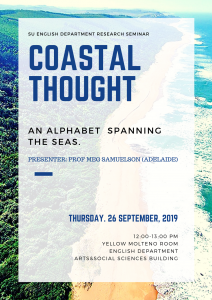 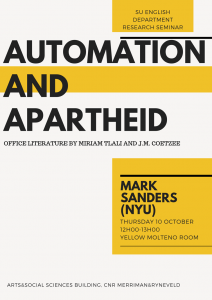 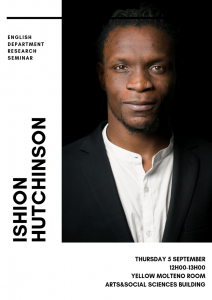 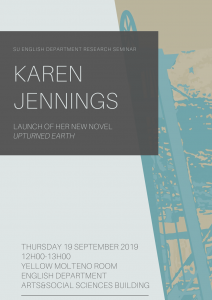 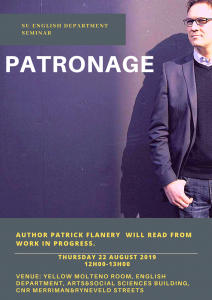 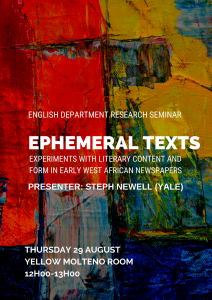 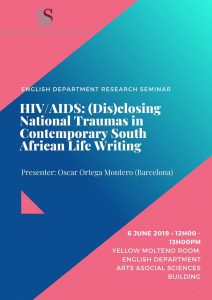 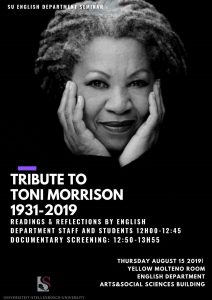 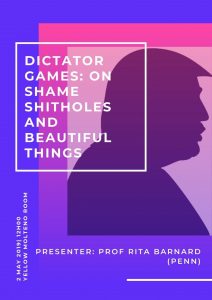 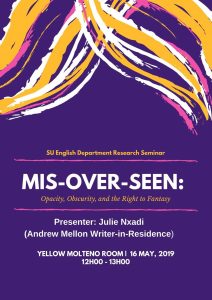 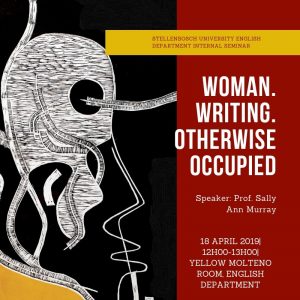 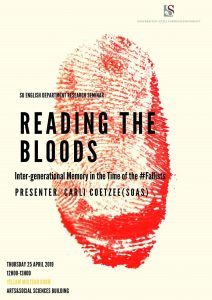 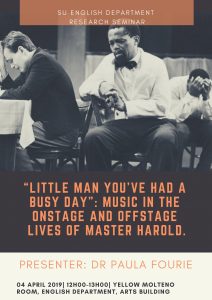 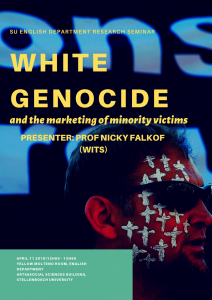 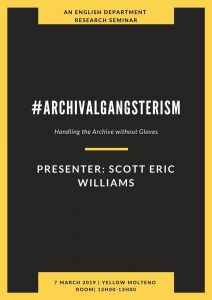 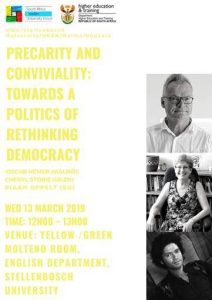 5 September 2019: Ishion Hutchinson. Conversation with the Jamaican poet and essayist.

25 April 2019:  Carli Coetzee (SOAS) –  Reading the Bloods: Inter-generational Memory in the Time of the #Fallists

04 April 2019:  Paula Fourie. “Little Man You’ve Had a Busy Day”: Music in the onstage and offstage lives of Master Harold