Our department collaborates with literary organisations and other universities around the African continent and the rest of the world, in order to provide exciting new spaces for research and publication.

The Writivism Residency for African Writers at Stellenbosch University 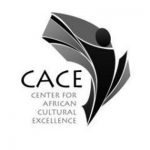 Writivism is a pan-African literary initiative that promotes emerging African writers through workshops, mentoring, publishing, prizes, a festival and activities in schools. The Centre for African Cultural Excellence (CACE) in collaboration with the Stellenbosch University English department, offers and hosts the Writivism residency for emerging African Writers.  From September 1 to 30, 2016, Pemi Aguda, winner of the 2015 Writivism Short Story Prize was the inaugural writer-in-residence under the partnership. Saaleha Idrees Bamjee, 2016’s winning writer, followed soon afterwards, and while medical studies prevented Innocent Acan from taking up the 2017 residency, she will enjoy the opportunity in 2018.

During their time in the department, emerging writers have the chance to work on their manuscripts, to participate in reading groups, public lectures and other literary activities in the department, as well as to attend festivals such as the Open Book. Residents are also invited to present a reading or a seminar, and to participate in a writing class. Funding for the residency is provided by the Miles Morland Foundation, while Stellenbosch University and the English Department support the programme in kind via office space, connectivity, and intellectual opportunity.

The study of popular culture in Africa illustrates that ordinary African urban residents use their local specificities to create popular forms of African cultural production that respond in innovative ways to global cultural imports. An interrogation of these cultural forms of production indicates that they conceal ‘criticisms of; or reservations about, the status quo,’ but it also reveals ‘doubts and anxieties; and possibilities which are located within loopholes, fissures and silences’ (p.8). It is open-ended, inclusive, slippery, elusive, and mobile. Popular art, and in particular popular fiction in Africa, is difficult to define because of its amorphous character, however, it would be erroneous to simply dismiss it as aesthetically unsophisticated. Barber suggests that we need to think of it as a “terrain – open, stretching out in all directions, with no marked boundaries, but with centres of activities, hot spot, sites of generativity” (2014, p. xvi).

Critical Theory in the Global South: An Andrew W. Mellon Foundation Grant at Northwestern (US) and its partnership with the Stellenbosch English Department 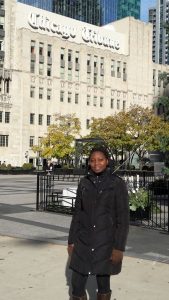 Northwestern University is leading a new curriculum initiative that will bring together researchers from across the globe and a wide range of disciplines to focus on critical theory in the Global South. The new undergraduate and graduate courses being developed will reflect contemporary, historic and economic conditions that extend well beyond a traditional European focus in critical theory. The courses, workshops, exchanges and other related efforts will be designed to deepen and broaden the understanding of critical theory in the Global South, an area of scholarship that increasingly challenges core assumptions about research and methodologies in the humanities and social sciences. Part of the course development will depend on student exchange, with graduate students working with critical theorists from universities in South Africa, Chile, Peru, Argentina and Mexico, as well as from Northwestern and other U.S. universities. The Stellenbosch English Department is linked into this programme through the sub-branch focussing on Indian Ocean Epistemologies.

The Indian Ocean Epistemologies component of the project entails a collaboration to oversee the publication of a translation into English of Davidson Don Tengu Jabavu’s isiXhosa travelogue to India, and a special issue of the journal Eastern African Literary and Cultural Studies on Indian Ocean epistemologies. The travelogue and the scholarly articles will become a resource for a new critical theory course on Indian Ocean epistemologies to be developed by Prof Tina Steiner (Stellenbosch) and Prof Evan Mwangi (Northwestern). The project also includes a Mellon Fellowship-supported graduate student exchange, in which a South Africa-based graduate fellow will be awarded a half-year visiting residency at Northwestern to perform research toward the project’s course development. 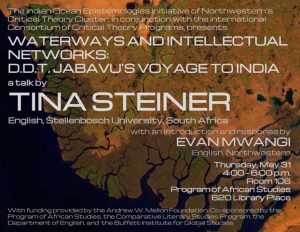 May 26–June 5, 2018 | Northwestern
Tina Steiner visited Northwestern to co-teach with Evan Mwangi sessions of their newly developed graduate-level course, Indian Ocean Epistemologies, which the English Department and Comparative Literary Studies Program jointly offered during the 2018 Spring Quarter. During her visit, Professor Steiner also met with graduate students to discuss their work and delivered a talk, “Waterways and intellectual networks: D.D.T. Jabavu’s voyage to India,” to the Program of African Studies. 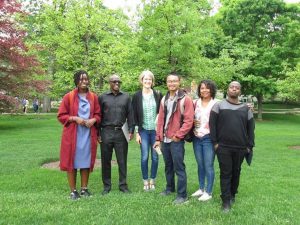 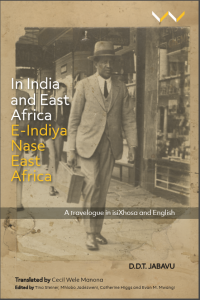 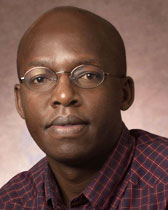 Evan Mwangi is Associate Professor of English and Comparative Literature at Northwestern University, where he also teaches in the Program of African Studies. He is the author of Africa Writes Back to Self: Metafiction, Gender, Sexuality (2009) and of a forthcoming monograph on gender and translation in African literature. He is co-author of The Columbia Guide to East African Literature in English Since 1945 (2007), and has published on postcolonial artists and intellectuals including Nazizi Hirji, Chinua Achebe, K. Sello Duiker, Amandina Lihamba, and Ngugi wa Thiong’o. 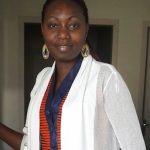 Serah Namulisa Kasembeli is the first Andrew W. Mellon International Predoctoral Fellow; she is spending Fall 2017 and Winter 2018 at Northwestern. Serah is an English Studies PhD student at Stellenbosch University (South Africa), interested in Indian Ocean slavery. Her dissertation focuses on the haunting trope as a figure of repressed slave historical pasts. She reads the concepts of the archive, memory, trauma and hauntology in post-apartheid literature as an embodiment of a silenced history of slavery in the post-apartheid nation.

This is a multi-institutional project on which Dr Nadia Sanger is collaborating with colleagues from CPUT and UWC. In drawing on the principles of authentic learning, the project aims to work across a range of sites to foreground students as knowledge producers. The project aims to draw on the knowledges produced by students to develop an archive of materials and resources that informs and shapes the development of curricula that are contextually relevant in contemporary South Africa. The main aim of the project is to facilitate the development of local critiques of the western canon through valuing subaltern knowledges.

Prof Louise Green has served as one of the editors of Social Dynamics since 2012. This interdisciplinary journal publishes original articles that foster debates relevant to the African continent. Articles cover the full range of humanities and social sciences disciplines, including anthropology, archaeology, economics, education, history, literary and language studies, music, politics, psychology and sociology. As editor, she has convened several special issues of the journal, among them The Ruins of Apartheid and the Future of Research in South Africa (2012), Writing Islam and the Everyday in South Africa (2012), African Photography: Iteration with Difference (2014) and The Cultural Politics of Dirt in Africa (2018). 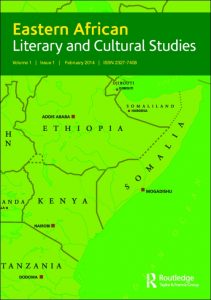 2014 saw the inaugural issue of the first regional journal dedicated to Eastern African writing – Eastern African Literary and Cultural Studies – founded by Kenyan literary scholars, Tom Odhiambo and Godwin Siundu, both based at the University of Nairobi. In their introduction to the inaugural issue, the editors not only emphasise interdisciplinary conversations, with a leaning towards literary and cultural studies, they envision a platform with an impact reminiscent of Rajat Neogy’s Transition magazine of the 1970s, which offered cutting-edge literary critical engagement in the region with an alert ear for debates beyond the region’s boundaries.

This journal is unique for the fact that it is an international publication, part of the Taylor and Francis stable, but edited currently by colleagues from four institutions: Godwin Siundu (Nairobi), Lynda Gichanda Spencer (Rhodes), Dina Ligaga (Wits) and Prof Tina Steiner (Stellenbosch).