The Stellenbosch University Chamber Choir (SUCC) was established in 2014 as an integral part of the Stellenbosch University Music Department. The members are experienced choral singers who strive for the very best in vocal ensemble performance. SUCC aims to inspire the region with their performances by being both locally relevant and internationally respected. Being a multi-faceted and culturally diverse entity forms part of the core of SUCC’s identity.

For the past 3 years, SUCC has performed a unique programme as part of the Woordfees. Their innovative programmes have evolved to encompass South African choral works composed by well-established, as well as young up-and-coming composers.  The relationship between music and a variety of other art forms is also explored through the use of visual aids, dance, poetry, electronic music and drama. In 2015, SUCC received the award for Best Classical Production at the Woordfees.

SUCC was invited as Artist Choir in Residence to the World Youth and Children’s Choir Festival which was hosted in Hong Kong from 17-22 July 2017, as well as the 12th Cantemus International Choral Festival in Nyíregyháza, Hungary from 16-21 August 2018. The choir performed programmes which included original South African compositions as well as a set of traditional South African songs which was met with great enthusiasm from International audiences.

In November 2018, SUCC were also invited by Bell’Arte Frankfurt RheinMain to participate in a German-South African cultural exchange project which took place in Alzenau, Germany and celebrated the 100th anniversary of Nelson Mandela.

The choir shares their skills and artistry with those who have not had access to formal choral education by providing access to workshops, masterclasses and recordings. In this way, SUCC aims at contributing to the rich South African choral tradition. 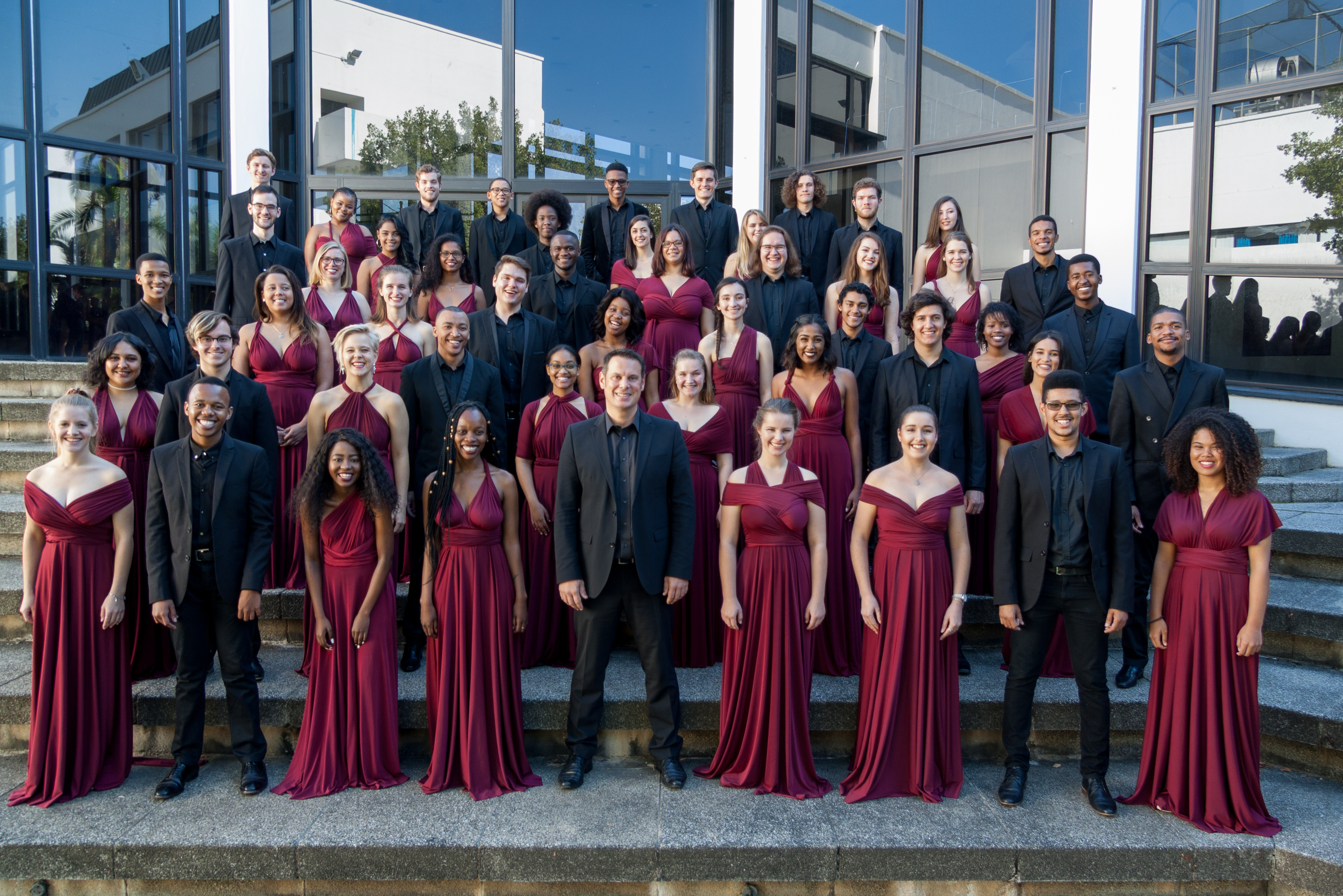