The Certificate Programme Brass Quintet was established in 2015 and had its debut performance at the Stellenbosch International Chamber Music Festival in July 2015. The core purpose of the ensemble is to advance the music performance skills of the brass players in the group; issues of ensemble performance, range, intonation, tone quality, flexibility and stamina are all important factors, which are addressed in brass quintet training.

Igar Johannes is from the Moravian Mission station, Mamre; his first musical training was in the brass choirs of this church, studying further with Ash-lee Louwskieter, a graduate of the Diploma in Practical Music, SU. Damian Swartz’s earliest music training was in the Christmas Choir (a marching band) run by his father in Mitchell’s Plain; he furthered his musical studies at the Athlone Academy of Music, a community partner of the Certificate Programme, where he was taught by Sean Kierman.  Linden Albertus and Bevan Efraim’s musical education started in the New Apostolic Church before continuing their studies at the Frank Pietersen Music Centre in Paarl where they were taught by Rudi Engel. Chesray Sauls initiated his music training in the New Apostolic Church music programme, and continued his musical studies with his father, Clive Sauls at Cedar High School in Mitchell’s Plain. Lee-Roy Simpson, the instructor and tuba player in the ensemble, graduated with a BMus and BMus Hons from SU in 2009 and 2010, respectively. His earliest music training was in the New Apostolic Church and he is currently a part-time lecturer in bass trombone and tuba at the Music Department. 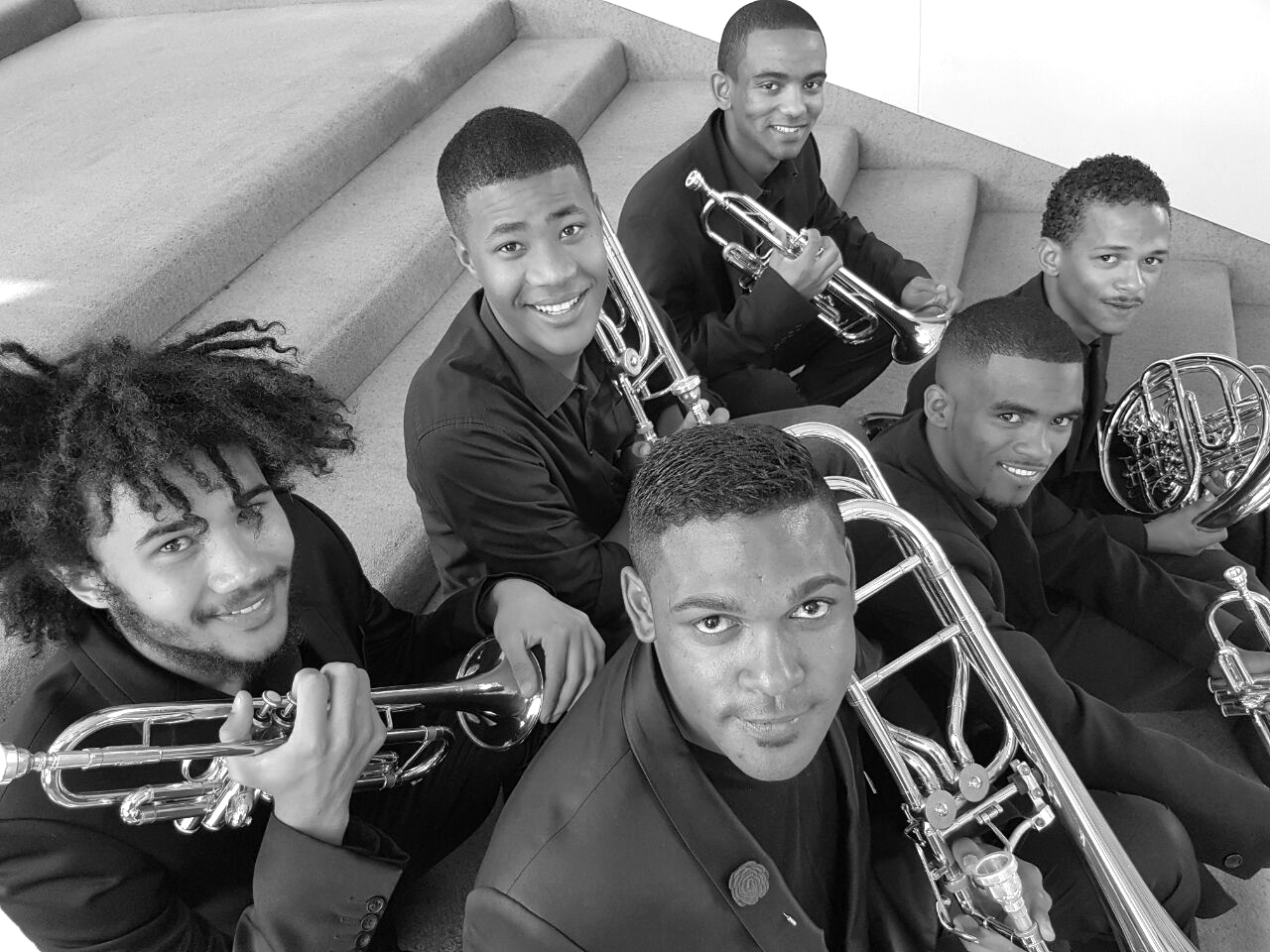