The UNIVERSITY OF STELLENBOSCH SYMPHONY ORCHESTRA was founded by Prof Eric Rycroft in 1981 as an extension of the Stellenbosch University String Ensemble. The aim of the orchestra is to provide music students with first-hand training for their profession, as well as offering talented players of orchestral instruments doing other courses, experience in symphonic orchestral playing. To date, the orchestra has studied and performed more than 400 full-scale works including symphonies by Mozart, Beethoven, Brahms, Saint-Saëns, Tchaikovsky, Dvorak, Shostakovich, Mahler, Bruckner and Prokofiev, a number of cantatas, masses, oratorio and 5 full-scale operas. To their credit, the orchestra has had various works dedicated to them and has performed premieres of numerous works by South African composers such as Arnold van Wyk, Gideon Fagan, Hubert du Plessis, Roelof Temmingh, Johan Cloete, Hans Roosenschoon, John Simon, Hendrik Hofmeyr and Peter Klatzow.

The US Symphony Orchestra has regularly been invited to perform at the Oude Libertas Amphitheatre, the little Karoo Arts Festival and the Stellenbosch Arts Festival. The orchestra has undertaken four highly successful European tours. Over the years USSO has produced many musicians who now perform with professional orchestras all over the country, and also elsewhere in the world. After the retirement of Eric Rycroft, Louis van der Watt was appointed as conductor. Between 2003 and 2006, a guest-conductor system was implemented, giving students the opportunity to play under visiting conductors like Omri Hadari, Bernhard Gueller, Osvaldo Ferreira, Corvin Matei and Jon Robertson. In 2004, under the direction of Corvin Matei, the orchestra was awarded the prize for the best symphony orchestra at the prestigious Tygerberg Fanfare Competition. At the same competition, USSO was also chosen as one of the three best orchestras among 46 orchestras across all categories. Corvin Matei was appointed as Music director and permanent conductor in 2006 and under his direction, USSO has made a notable contribution to the regular performance of South African music in the Endler Concert Series.

Every second year the USSO hosts a Youth Concerto Festival at which top instrumental students at Stellenbosch University appear as soloists with the orchestra.

In addition to accompanying some of South Africa’s finest soloists, the USSO has accompanied a number of internationally based soloists including Ben Schoeman, Anton Nell, Marie-Christine Klettner, Daniel Rowland, Priya Mitchell and Dirk Mommertz to name but a few.

In 2014, under the baton of Corvin Matei, USSO played to packed venues in Cape Town and Stellenbosch accompanying the legendary violinist, Pinchas Zukerman. This programme was repeated in collaboration with the JPO in Johannesburg to great critical acclaim.

In 2018, the USSO celebrated Stellenbosch University’s 100th birthday with a performance of Beethoven’s Ninth Symphony. This concert also served as the farewell concert of conductor Prof. Corvin Matei and as of 2019, the orchestra will be led by guest conductors. 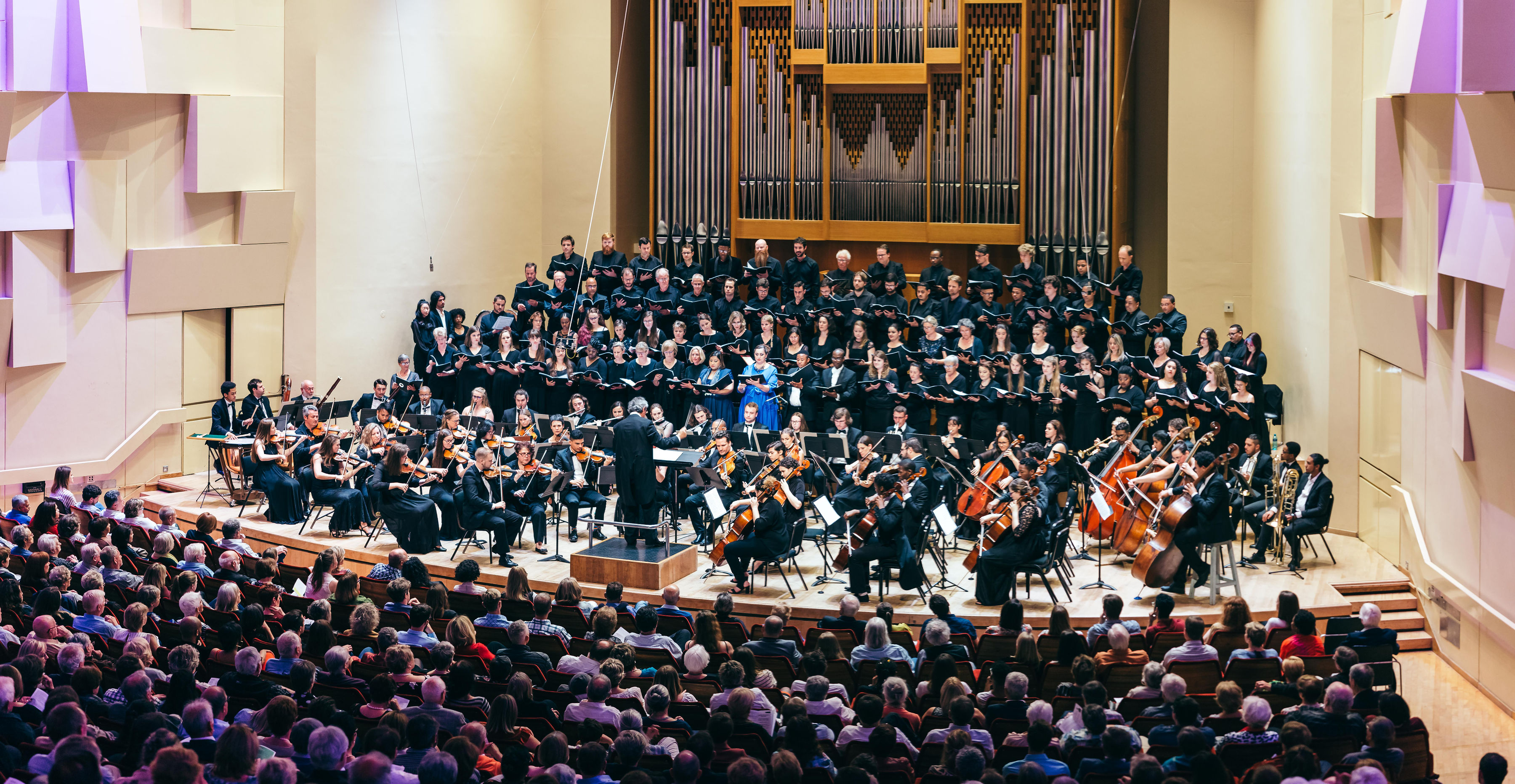