The University of Stellenbosch Brass Ensemble (USBE) was established in 2011, an initiative of Prof. Winfried Lüdemann, current Head of the Music Department, and Pamela Kierman, Lecturer in Brass Studies, both proficient brass instrumentalists. Brass choirs originated during the Renaissance, differing in size and function from the north-European stadtspfeiffer tradition to the large antiphonal cathedral brass choirs of Venice. The English and European brass band movement of the 19th Century is regarded as the first large-scale ‘democratic’ music for brass as it was accessible to all and was generally prevalent in the coal-mining villages and towns where miners played in the brass bands in their leisure hours. The modern brass ensemble is more closely aligned with the symphonic use of brass instruments, with sections of 2 – 6 trumpets, 1 – 4 French horns, 3 or more trombones, possibly 1 euphonium and 1 – 2 tubas; percussion is sometimes included to provide ‘punctuation’ and tone colour.

The USBE adheres to the instrumentation of the Phillip Jones Brass Ensemble, which was the leading practitioner in this sphere in the previous century. Since establishment, the ensemble has performed in the Endler Hall (lunch hour concerts), at the Hugo Lambrechts Music Centre, the SA Army Band, Cape Town at the Youngsfield Military Base and at the Moravian Mission Station in Mamre.

The USBE is trained and conducted by reknowned brass pedagogue, Sean Kierman, former Convener of Brass Studies at the South African College of Music, University of Cape Town. He is currently appointed as a part-time brass- and band conducting lecturer at the Universities of Stellenbosch and Western Cape. His previous appointments were at the University of Port Elizabeth, Free State University, the Durban Symphony Orchestra and the former SABC Symphony Orchestra. 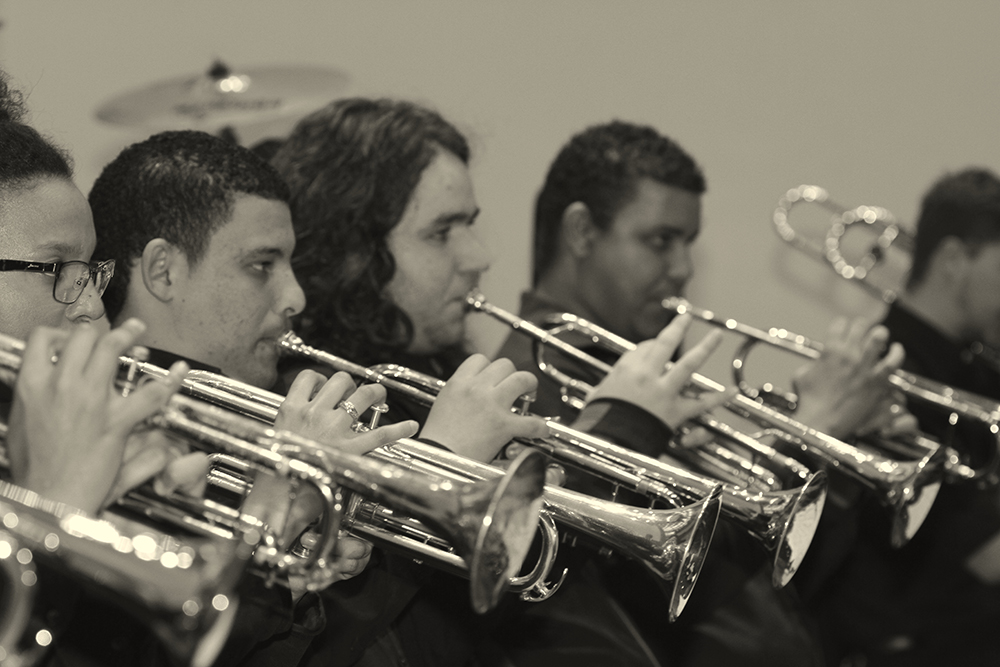