The University of Stellenbosch Symphonic Wind Ensemble (USSWE) was established by Dr Paul Loeb van Zuilenburg in 1976, with only 10 members. This was the first university level Wind Band to be established in the Western Cape. Faan Malan, a graduate of the Department of Music, was the conductor from 1986-1990, and established the popular Stellenbosch Band Festival, which ran for several years. His successor was Mervyn Solomon (1991-1998) who undertook several successful tours to England and Scotland in 1993, 1995 and 1997 with the ensemble. His successor was Andries Smit, conductor from 1999-2000. The late Albert Engel, the first full-time brass lecturer at the Music Department, who played a leading role in the music of the Moravian Church, was responsible for integrating the broader community, including church and service band musicians, into the USSWE. Corvin Matei took over the ensemble at very short notice after the tragic passing of Albert Engel and expanded the repertoire of the Wind Band to incorporate some of the more challenging works for this type of ensemble. Pamela Kierman was appointed as brass lecturer at the Department of Music and conductor of the USSWE in 2004 and, together with the previous orchestra manager, Michelle Pietersen, added a social impact component to all performances of the ensemble. In 2006, Pamela incorporated an annual Band Extravaganza into the band’s schedule, in which school bands from Stellenbosch, Paarl, and the northern and southern suburbs of the Cape, share the Endler performance with USSWE. Over the years, USSWE has shared the stage with several ensembles and bands including the Cape Philharmonic Youth Wind Ensemble, the Stellenbosch University Jazz band and Brass Ensemble, the South African Army Band, Simply Brass, WindWorx Symphonic Wind Ensemble and many more. In 2021 USSWE was invited to perform by with Niel Rademan at the Hessequa Harmonie, in Heidelberg and the Classic Carols by Candlelight at Blaauwklippen Wine Estate and in April 2022 accompanied renowned Cape musicians, Elna van der Merwe (piano) Peter Martens (cello) and Suzanne Martens (violin) in works by Gershwin, Gulda and John Williams at the Tankwa Classics. USSWE draws together a diverse group of people, who rehearse every Monday evening and are devoted to the promotion of the Wind Band idiom as an educational tool, a creative outlet, and a vehicle for social transformation in the current day South Africa. 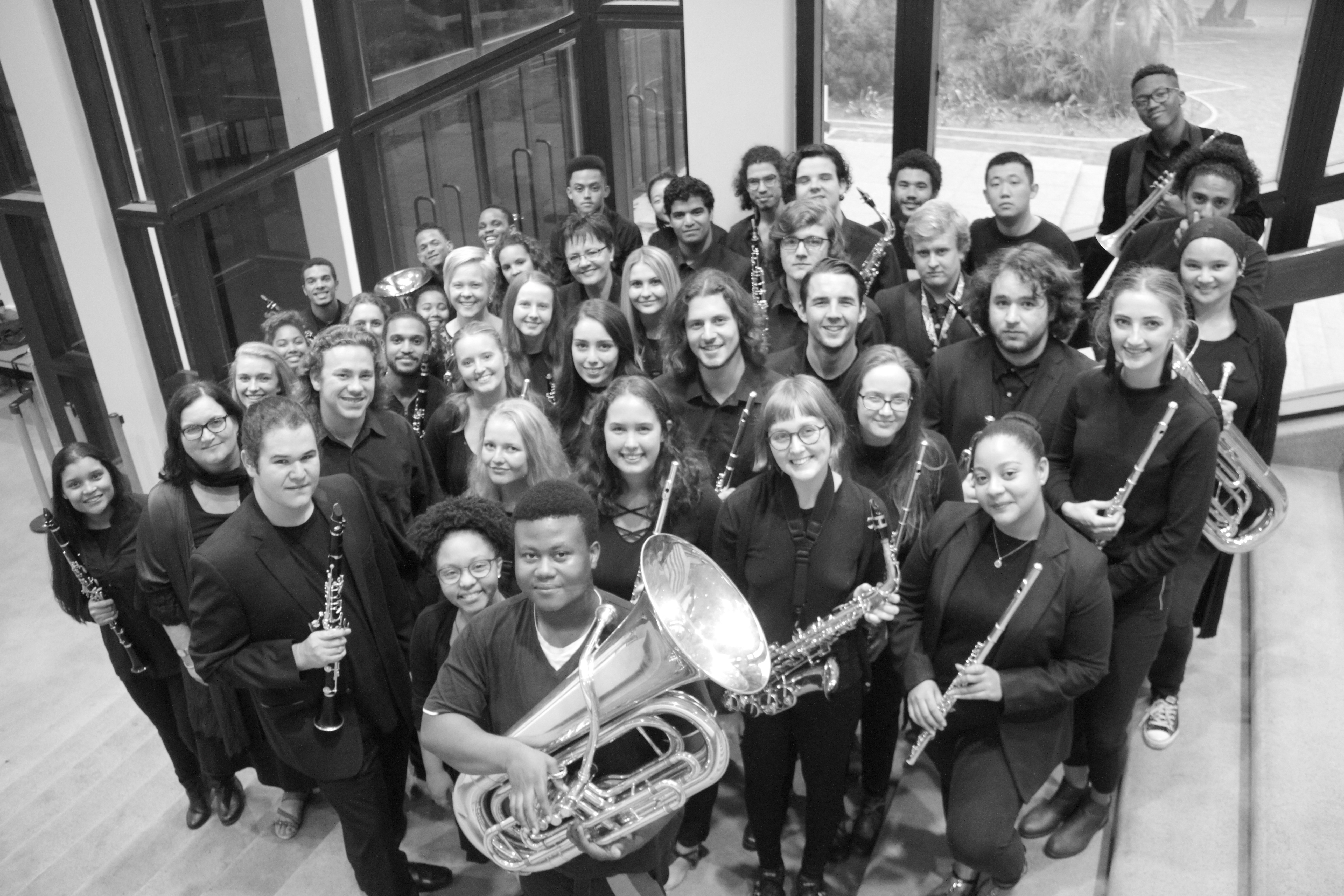