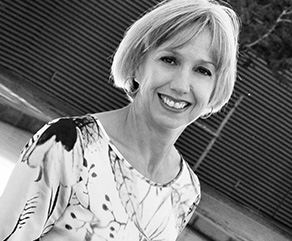 Suzanne’s first exposure to ensemble and orchestral playing was at the hand of the late Betty Pack. Later she was a member of Harmonia Juventia as well as Pro Musica, under the batons of Alan Solomon and Weiss Doubell respectively. As a student she was concertmaster of the UP Symphony Orchestra and the National Youth Orchestra. Suzanne has been awarded several prizes, including the University of Natal 75th Anniversary Prize (1988) and the overall first prize in the ATKV Forté Competition (now the Musiq competition) in the same year. In 1991 she was part of the winning trio in the Oude Meester Chamber Music Competition. She was awarded academic colours at university.

Apart from performing as a soloist with all the major orchestras in the country, Suzanne is an active chamber musician who has appeared in different ensembles including the Rosamunde Quartet, the Allegri Trio, Schwietering Quartet, Lyric Trio, the Amici Quartet and the original Quartet of Peace. With these ensembles she has performed at various festivals in Southern Africa, working with acclaimed artists such as Leslie Howard, Juliette Bausor and Steven Prutsman. Suzanne has also worked with pianists Nina Schumann, Luis Magalhaes, Pieter Grobler, José Dias and Elna van der Merwe as part of piano duos and trios.

From 1994-2000 Suzanne was Associate Concertmaster of the New Arts Philharmonic Orchestra Pretoria, and a founder member of the Chamber Orchestra of South Africa. She was concertmaster of the Cape Philharmonic Orchestra in 2001/2002 and since 2005 she acts as guest concertmaster for approximately half of every symphony season, working with conductors such as Arjan Tien, Bernhard Gueller, Yasuo Shinozaki and Jonas Alber. She is an ad hoc member of Camerata Tinta Barocca, for which she plays Baroque violin.

Suzanne was appointed at the University of Stellenbosch in 2002, and is currently senior lecturer in violin. Together with cellist Peter Martens, she leads the Stellenbosch Camerata, and is also coordinator of Chamber Music at the US Department of Music. She is a faculty member at the annual Stellenbosch International Chamber Music Festival, and has also been a faculty member at various other chamber music festivals. She has served on the jury of the Artscape Youth Music Competition several times and has acted as external examiner for the Universities of the Free State and Pretoria. She is also frequently asked to adjudicate eisteddfods. Where possible, Suzanne tries to encourage her students to further their studies and musical experience abroad.