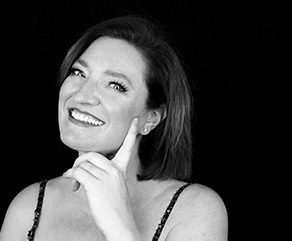 Nina Schumann was born into a musical family, receiving her early music tuition from Rona Rupert and Lamar Crowson. Her first appearance with an orchestra was at the age of 15 and her talent soon captured the attention of the public when she won the Fifth National Music Competition for high school pupils in 1988. She went on to win the Oude Meester Music Prize (1989), the Forte Competition (1990) and during 1991 both the Wooltru Scholarship and the Adcock-Ingram Music Prize.

She has over 140 concerto performances with orchestras in South Africa, Germany, Portugal, Scotland, Armenia and the United States to her credit, and some 40 concertos in her repertoire.

In 1993 Schumann won the SAMRO Overseas Scholarship Competition and was awarded the Jules Kramer and Harry Crossley Bursaries for Overseas Study by the University of Cape Town. She crowned these prizes by winning the sought-after SABC Music Prize as well as the Oude Meester National Chamber Music Competition.

Following her appointment as Associate Professor and Head of Piano at the University of Stellenbosch in 1999, Schumann transferred her Doctorate to UCT, where she graduated in 2005. In 2009 she was awarded the UCT Rector’s Award for Excellence in recognition of her contribution to music.

Schumann has given master classes worldwide at prestigious international institutions and music schools such as the Juilliard School of Music. During the 2013/2014 season, she made her much-anticipated Wigmore Hall and Zürich Tonhalle debuts.