Director: Centre for Applied Ethics and Head of Unit for Bioethics

Anton van Niekerk (MA, BTh, DPhil, Lic in Theology) is distinguished professor of Philosophy and director of the Centre for Applied Ethics at Stellenbosch University. He specializes in the fields of Bioethics, Philosophy of Religion and Philosophy of the Human Sciences. He is the course director of the postgraduate programs in applied ethics that are offered by the depart​ment and Centre for Applied Ethics. He is the author, co-author and editor of 18 books and 145  peer reviewed journal articles and book chapters. He also written 32 book reviews and 150 popular articles. He is rated  by the National Research Foundation of  South Africa as a researcher with considerable international recognition (B2), and has served as convenor for the panel of experts involved in rating researchers in philosophy and political science. He has been appointed by the Minister of Health as a member of the National Health Research Ethics Council (NHREC), the highest policy making body for research ethics in the country. In 1980, Van Niekerk was awarded the Chancellor’s Medal of Stellenbosch University for the best final year student on campus, having attained all his degrees cum laude. In 1995, he was awarded the Stals Prize for Philosophy by the SA Academy for Science and Arts. He is a founding director and chairperson of the Board of the Ethics Institute of South Africa (EthicsSA). He has been a member of the Ethics Committee of the Medical Research Council (2003-2013) and, from 2007 to 2012, a director of the International Association of Bioethics (IAB). He is a former President of the Philosophical Society of Southern Africa, a former editor of the South African Journal of Philosophyand a former member of the council of Stellenbosch University. He has delivered 67 papers at international conferences and has supervised 72 completed masters and 22 completed doctoral dissertations. In 2014, he was one of only 20 professors that Stellenbosch University promoted to the rank of distinguished professor.

Professor Van Niekerk’s full profile and publication list can be viewed by clicking on the following link: Profile 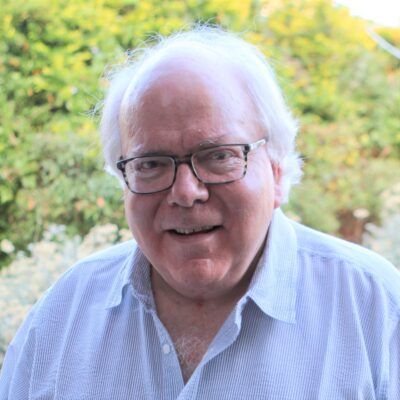 Dr Susan Hall joined the department as a temporary lecturer in 2013, and was appointed permanently in 2015.  She received a scholarship from the Graduate School of the Faculty of Arts & Social Sciences at Stellenbosch University for fulltime doctoral study in 2010, and completed her dissertation, “Harm and Enhancement: Philosophical and Ethical Perspectives”, under the supervision of Professor Anton van Niekerk in December 2012.  Her research interests include Bioethics and the ethics of technology, and she is currently working on the ethics of biotechnological human enhancement and bioethical issues related to the participation of intersex athletes in sporting competition.​

Dr. Hall’s full profile and publication list can be viewed by clicking on the following link: Profile 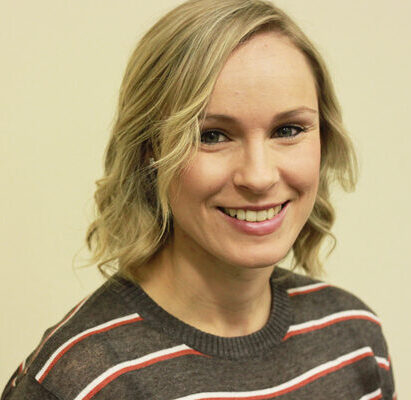 Dr Andrea Palk completed her studies in philosophy at Stellenbosch University in 2018, after also having worked as a part-time lecturer and research assistant in the department for a number of years.  During her studies, she received various awards and bursaries, including the Rector’s Medal for the top MA thesis in the faculty in 2014.  Her doctoral studies were supported by a three-year Innovation Bursary from the National Research Foundation, after which she was awarded a six-month Consolidoc Postdoctoral Bursary from Stellenbosch University.  In July 2018, she was appointed as a postdoctoral fellow in the psychiatry department at UCT, where she worked on various themes related to the philosophy and ethics of psychiatry.  Since 2018, she has also been a member of the Africa Ethics Working Group (AEWG) which is part of the global initiative in Neuropsychiatric genethics based at the University of Oxford (www.neurogene.org).  Dr Palk was appointed as a permanent lecturer in the philosophy department at Stellenbosch University in May 2020.  Her research areas include various themes within bioethics (neuroethics, genethics and global mental health ethics), moral philosophy and the philosophy of psychiatry.

Dr Palk’s full profile and publication list can be viewed by clicking on the following link: Profile 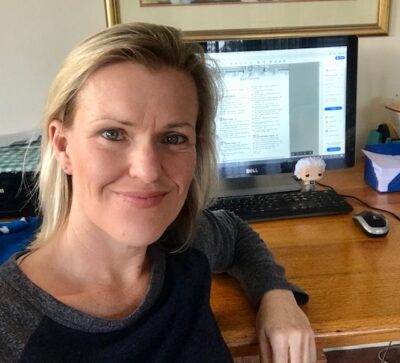 Dr Lyn Horn is an Extraordinary [Honorary] Associate Professor in the Centre for Applied Ethics at Stellenbosch University and the Director of the Office of Research Integrity at the University of Cape Town (UCT). Prior to moving to UCT three years ago she held the position of Research Integrity Officer at Stellenbosch University for five years. She is a medical doctor with a PhD in Bioethics. She worked as a clinician in the public health sector for the first twenty years of her career before transitioning to an academic work environment in 2004. She has been teaching research ethics and bioethics   since 2004. In her current position at UCT she is actively involved in promoting and facilitating the responsible conduct of research across the entire university and is currently the South African Co-Chair for the forthcoming 7th World Conference on Research Integrity. Lyn serves as the  bioethics consultant for four international EDCTP funded clinical trials relating to Tuberculosis and HIV that are  active in several African countries, hence she remains closely involved with research teams implementing clinical trials in Africa.

Prof Willem A. Landman was founding CEO of EthicsSA (2000-2010). He holds degrees from the Universities of Stellenbosch, Oxford (Rhodes Scholar) and South Africa in philosophy, political philosophy, theology and law. He was professor at the Universities of the Western Cape (1986-1994) and North Carolina, USA (1994-2000), and has been professor extraordinaire at the University of Stellenbosch since 2000. He co-edited the highly successful book The bioethics reader: Editors’ choice, Blackwell, Oxford (2007) as well as the international journal Developing World Bioethics, Blackwell, Oxford, UK (2000-08). He served on several editorial boards as well as company ethics boards (Discovery Health, Momentum Life, Primecure), chairs the Ethics Board of PricewaterhouseCoopers (PwC) in Southern Africa, and chaired the ethics subcommittee of the King Committee on Corporate Governance (2007-09). Willem was also a council member of the Institute of Directors in Southern Africa (IoD), as well as Ethics Advisor for the Global Fund to Fight AIDS, Tuberculosis and Malaria, Geneva, Switzerland (2005-2010). He has served on the Executive Committee of Dignity SA since its inception in 2010.​​