Consult the faculty yearbook for detailed information about Philosophy as a subject within the different undergraduate programmes.

214 Subdisciplines in Philosophy I (16 credits)

Systematic study of questions relating to epistemology, philosophy of science and/or aesthetics.

Note: Two of the three subdisciplines will be taught in any given year.

Note: Two of the three subdisciplines will be taught in any given year.

The focus of this module is on conceptualisations of meaning in the work of de Saussure, Foucault and Derrida. The ethical and political implications of these positions will also be considered.

The origins of analytic philosophy and philosophical logic (Moore, Russell, Frege, Wittgenstein). Themes may include:

Note: ​A minimum of five out of the six third-year modules will be offered every year. Third-year students must take at least two of the three modules per semester.

Service courses in the Faculty of Engineering 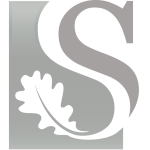